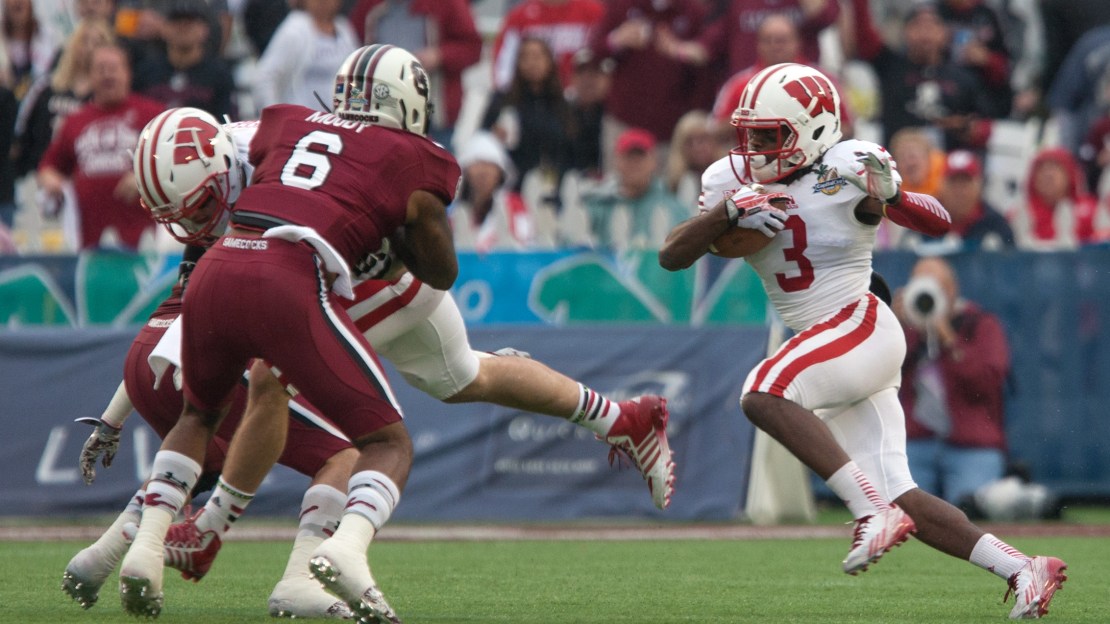 You hate to put too much pressure on any one unit–this is a team game. But there?s no denying some have to step up this fall if their teams want to make a push for a division title. From the Michigan offensive line to the Ohio State linebackers, here?s a look at the 15 Big Ten units with most to prove in 2014.

1. Michigan offensive line. The Wolverines had one of their worst offenses in over 50 years. Let that sink in for a while. And a big reason for that was poor line play. There seemingly are some good parts to build around on the interior in Kyle Bosch, Kyle Kalis and Graham Glasgow. Erik Magnuson is first up at left tackle. A new right tackle also is needed. The good news: There is one way to go: up.

2. Iowa linebackers. The Hawkeyes took a big hit here, losing stalwart starters Christian Kirksey, James Morris and Anthony Hitchens. But the projected starters could be salty. Quinton Alston will line up inside, flanked by Reggie Spearman on the weak side and Travis Perry on the strong side. Alston and Perry have experience. Spearman is a top athlete.

3. Wisconsin defensive line. There is work to do along the three-man front. Still, this should be a good group. NG Warren Herring is a heavy anchor who tied for second on the club in sacks in 2013. The ends have a lot to prove. Chikwe Obasih is a promising youngster and potential star. Konrad Zagzebski is a senior looking for a big send-off.

4. Ohio State linebackers. By season?s end, this could be the Big Ten?s top linebacking unit, even with Ryan Shazier gone early. Joshua Perry is back. Can Curtis Grant hold off stud true freshman Raekwon McMillan in the middle? Speedy ex-prep quarterback Darron Lee is on the strong side. Depth is augmented by Camren Williams and Trey Johnson.

6. Iowa receivers. This seemingly has been a sore spot for years. Is this the year some down-field threats emerge? Kevonte Martin-Manley is back after making 40 catches last year. Staffers are pumped about redshirt freshmen Derrick Willies, Andre Harris and Derrick Mitchell Jr. Yes, C.J. Fiedorowicz is gone, but the Hawkeyes will be OK at tight end with Jake Duzey, Ray Hamilton, Henry Krieger-Coble and George Kittle.

7. Nebraska offensive line. Questions loom with the loss of five players who accounted for 120 career starts. But talent is in the ranks, as many players were forced into action last year when injuries hit the unit. Colorado transfer Alex Lewis, who was a stud in spring ball, could be the best of the bunch at left tackle. Left guard Jake Cotton is the lone starter back. Rangy Zach Sterup is set at right tackle; he?ll get a push. Mark Pelini is the man at center after an apprenticeship in 2013.

8. Michigan State linebackers. Max Bullough and Denicos Allen will be missed, but talent still looms. The staff will turn to big Taiwan Jones to man the middle. He?s a hitter. Jones will be flanked by Darien Harris-who will play a STAR spot-and Ed Davis, a speedy athlete who must blitz well. Mylan Hicks, Riley Bullough and Jon Reschke offer depth.

9. Ohio State offensive line. Line coach Ed Warinner has his work cut out for him. But, he?s capable. Four starters are gone, with left tackle Taylor Decker the lone starter back. Right guard Pat Elflein is a battler on the interior. Those are the lone sure starters. The other spots will be determined in camp. Keep an eye on left guard Antonio Underwood, center Jacoby Boren and right tackle Darryl Baldwin. There is no shortage of talent. This is Ohio State, remember?

10. Penn State offensive line. The new regime has work to do with only one starter back in left tackle Donovan Smith. Left guard Derek Dowrey and right guard Brian Gaia were moved from defense in the spring. Yes, depth was that thin. Right tackle Andrew Nelson has potential. This unit bears close scrutiny.

11. Ohio State secondary. Losing CB Bradley Roby and safeties Christian Bryant and C.J. Barnett hurts, but talent looms in the back end of this defense. The staff likes Vonn Bell and Tyvis Powell-last year?s nickel back-at the safety slots. Bell may be a star. Doran Grant-the only starter back-and Armani Reeves are the corners. Cameron Burrows is another good cover man.

12. Northwestern offensive line. All five starters are back. Is that a good thing after the unit disappointed last year? Paul Jorgensen has flipped from right to left tackle-a move you don?t see often. He must excel. Former No. 1 left tackle Jack Konopka is battling Eric Olson at right tackle. Brandon Vitabile is one of the league?s top centers.

13. Michigan offensive backfield. QB Devin Gardner teems with talent and has looked spectacular at times (remember the ND game?). He needs more consistency and can?t force things. Running back was a sore spot last season. Yes, a struggling line was an issue. But better play is needed behind Gardner, beginning with Derrick Green. Keep an eye on De?Veon Smith.

14. Wisconsin linebackers. Even with Chris Borland and Ethan Armstrong gone, the Badgers have the makings of a nice corps with Vince Biegel, Marcus Trotter and Joe Schobert. This triumvirate combined for 9.5 tackles for loss and 105 stops in 2013. The staff thinks Schobert could be primed for a big season. Not bad for a guy who almost ended up having to walk on at North Dakota a few years ago

15. Minnesota wide receivers. There has been a lot to like about Jerry Kill?s Gophers recently. The wideout corps hasn?t been one of the bright spots. But, that may be changing. Donovahn Jones and Drew Wolitarsky got thrown in as true freshmen in 2013 and impressed. Isaac Fruechte and KJ Maye are other options. Maxx Williams, the team?s leading receiver in 2013, and Drew Goodger are a strong tight end tandem. Williams led the team with 25 catches in 2013.