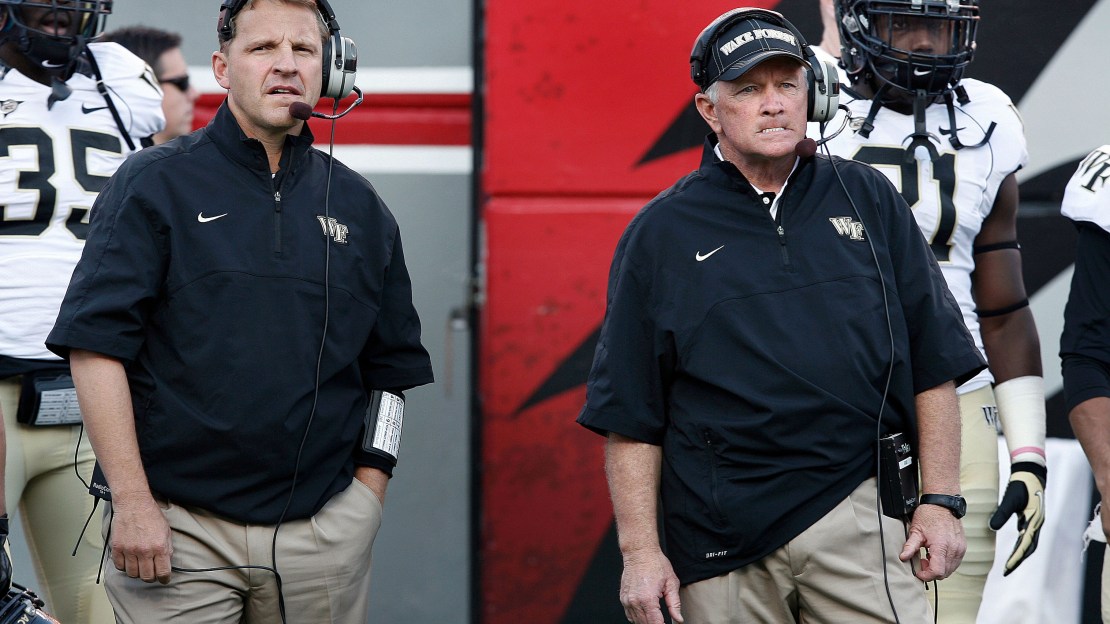 No one needs to tell Brian Knorr about the struggles of the Indiana defense in recent years. He knows there?s a reason why he?s in Bloomington as the Hoosiers? new defensive coordinator. The Indiana defense is broken. Badly. And he needs to fix it if this program wants to take the proverbial next step.

It?s a big task. Defense rarely is a strength for Indiana. Offense? It?s off-the-charts good, thanks Kevin Wilson and his pyrotechnic attack that once again figures to rate among the best in the Big Ten.

Wilson understands the challenge that awaits Knorr, which is why he has constructed a high-powered offense upon arriving on campus in 2011. The hope: To outscore opponents while the defense developed. Well, it never has in three bowl-less seasons.

It?s time for the defense to do some of the lifting in what may be a critical Year Four under Wilson. It doesn?t need to be a steel curtain, but the IU defense has to morph from awful to decent if the program wants to go to just its second bowl since 1993. (Yes, that?s not a typo.)

?I have known Kevin a long time,? Knorr said. ?He?s a tremendous offensive mind. I have spent a lot of time in the Midwest and was looking forward to getting back to the area.?

Knorr is back with a pile of work to do. How bad has the defense been under Wilson?s watch? Check it out. The unit allowed 458.7 yards to rank 109th in the nation in Wilson?s first season in 2011. And it has gotten worse each successive season, allowing 463.5 yards in 2012 and 527.9 last season. In fact, the 2013 defense was one of the worst in school history, as Indiana ranked 114th or higher in all four major defensive categories.

Despite those struggles under coordinator Doug Mallory, Indiana still won its most games (5) in Wilson?s tenure last season. If not for gut-wrenching home losses to Navy (41-35) and Minnesota (42-39), the Hoosiers would be coming off a postseason appearance.

The goal this year: The program?s first bowl since 2007, an Insight Bowl trip vs. Oklahoma State that resulted in a 49-33 defeat. And, it could happen.

Knorr arrives from Wake Forest, where he spent the previous three seasons as defensive coordinator under Jim Grobe. At Wake, Knorr forged some solid defenses despite not having blue-chip talent across the board. It was all about being resourceful and maximizing the two- and three-star talent on hand. He is in a similar situation in Bloomington, but the talent level is improving.

The line will be anchored by end/linebacker Nick Mangieri, a difference maker. Bobby Richardson is opposite him. Tim Bennett and Michael Hunter form an underrated tandem at corner. Young Rashard Fant is another corner to watch. Hard-hitting free safety Antonio Allen is one of the most hyped prospects Wilson has signed; it was too bad his season ended with a knee injury in the seventh game of 2013. And the linebacking corps has talent, led by Flo Hardin, T.J. Simmons and David Cooper. These guys can run.

?We have some players with potential,? said Knorr, who also has been defensive coordinator at Ohio and Air Force, in addition to being head coach of Ohio from 2001-04. ?I have been pleased with what I have seen. We have work to do, but you can see the potential.?

It?s also hoped that the 3-4 scheme the 50-year-old Knorr has brought with him from Wake Forest will give Indiana an edge.

?My background is with guys like Jim Grobe, Tim DeRuyter and Cal McCombs, people I have been around (who embraced the 3-4),? Knorr said. ?I think the system makes you more multiple. The opportunity to have three linemen and to get more linebackers on the field. ?

?And it helps not having to recruit four true down linemen. It?s hoped the alignment will make it more difficult for foes to tell where pressure and blitzes are coming from.?

Bottom line: It?s all about being multiple-and confusing opponents.

?We are transitioning from a 4-3 to a 3-4,? said Knorr, who inherits a unit with nine returning starters and has 14 of its top 16 tacklers back. ?We probably won?t be as true 3-4 as we were at Wake Forest, Air Force and Ohio. But we will try to utilize the personnel we have in place. We are pretty big and physical up front and will try to utilize those guys.?

Guys like Adarius Rayner and Ralph Green III need to be anchors on the interior, holding the point of attack while also making plays. And promising youngsters like David Kenney and Darius Latham may blossom up front after arriving on campus with fat scrapbooks.

?We want to try to merge a little bit of what they have done in the past but based on 3-4 principles,? Knorr said. ?We haven?t whole-heartedly gone to what I am used to, but we are trying to utilize our talent and incorporate my scheme.?

If it all works, Indiana could be a factor in the East and punch its ticket to a bowl game.