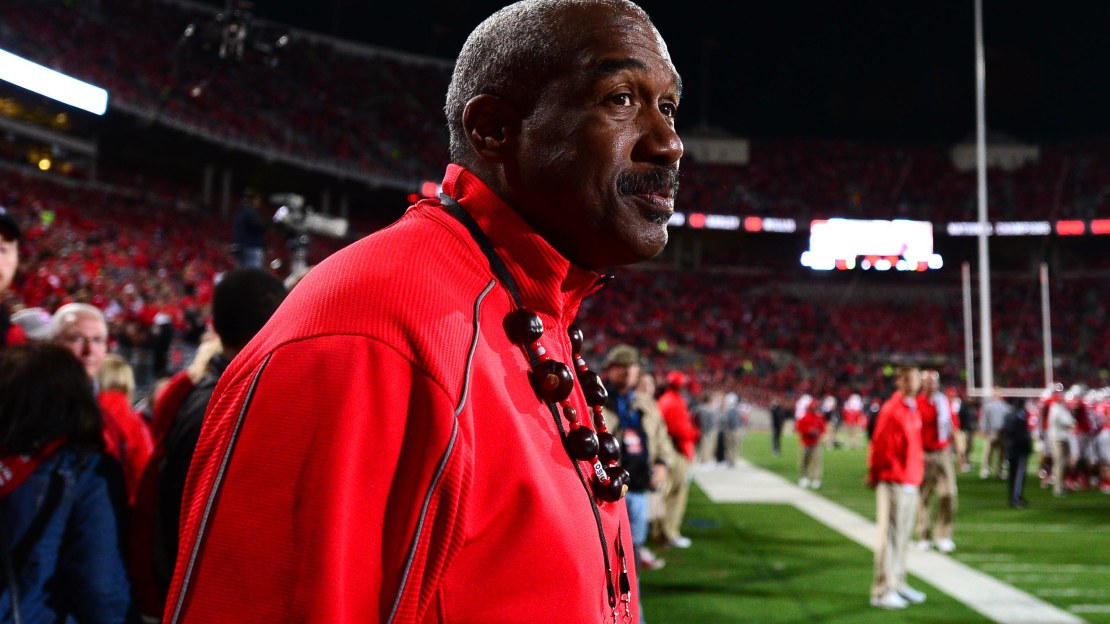 The move toward autonomy for the nation?s power leagues chugs forward. Ohio State A.D. Gene Smith is confident it will happen. Good enough for me. The NCAA will vote on the issue on Aug. 7. Gotta think it will pass. And this would be a good thing.

To recap: The ?Power Five? conferences (Big Ten, Big 12, Atlantic Coast, Pac-12, Southeastern) want the ability to vote and pass certain legislation without asking permission from the Middle Tennessee?s of the world. An example from this story: legislation granting a $2,000 stipend for athletes would be more likely to pass with autonomy for the ?Power Five? conferences. The proposal was previously rejected by a majority of the 347 Division I members. Why? Because they couldn?t afford it.

The great Mike Griffith of Mlive.com is rolling through a camp preview of Michigan State. And Griff thinks the Spartan passing game looks good. He?s correct, as Tony Lippett has emerged as a star wideout. Keep an eye on DeAnthony Arnett and Aaron Burbridge to breakout.

QB Connor Cook only figures to improve, too. Hard to believe that this wideout corps was a concern a few years ago. It now looks formidable.

The MSU running game also is in good shape with Jeremy Langford back.

Guys like Nick Hill, Delton Williams and Gerald Holmes need to contribute, too. And it will be fun to watch newcomers Madre London and Gerald Owens. Either or both could play this fall.

With a recent run of success that included a push to the national title game in 2013 and Elite Eight in 2014, Michigan coach John Beilein has been able to recruit an even higher level of player. But the guy isn?t gonna stray from his formula just to chase ?stars.?

?I think we?re in a position to get higher-rated players, but if (the recruit) doesn?t fit what we?re looking for ?? Beilein said on ?The Drive with Jack? radio show on WVFN-AM in Lansing recently. ?We don?t ever care who we don?t get, we care who we get.?

Ohio State fans won?t soon forget the Aaron Craft era. But will he make an NBA roster? He?s currently working in the Summer League with Golden State. Don?t bet against him.

The great David Jones of Pennlive.com has made an interesting and apt comparison between former Penn State QB Matt McGloin and current Rutgers QB Gary Nova.

Joe Christensen of the Minneapolis Star Tribune takes a look at the Minnesota offensive line and how it projects. This is a nice looking group.

Sam McKewon of Omaha.com has taken a look at the quarterbacks that Nebraska will face this fall. And, frankly, he isn?t impressed. The best? MSU?s Connor Cook, who is good but isn?t Joe Montana.

So, not only is the Huskers? defense projected to be as strong as it?s been since 2010, it?ll face the weakest roster of opposing quarterbacks since 2005, when Missouri?s Brad Smith and Pittsburgh?s Tyler Palko were headliners.

Another reason to like the Huskers? chances for big things this fall.

Hey, it?s easy to overlook Northwestern entering this season. The Wildcats were one of the Big Ten?s biggest disappointments in 2013, skidding from a 4-0 start to a 5-7 finish. Many starters are back, but NU isn?t getting much love. Why? I know, it doesn?t make much sense.

One thing that should help the Wildcats: They can?t be hit as hard by injuries as they were in 2013, right? Right?

What is up with this? A state audit released Friday has determined that nearly $75,000 collected by the University of Iowa Athletics Ticket Office for Hawkeye Express tickets for three football games in 2011 was never deposited.