Mailbag: How many games will Nebraska win? 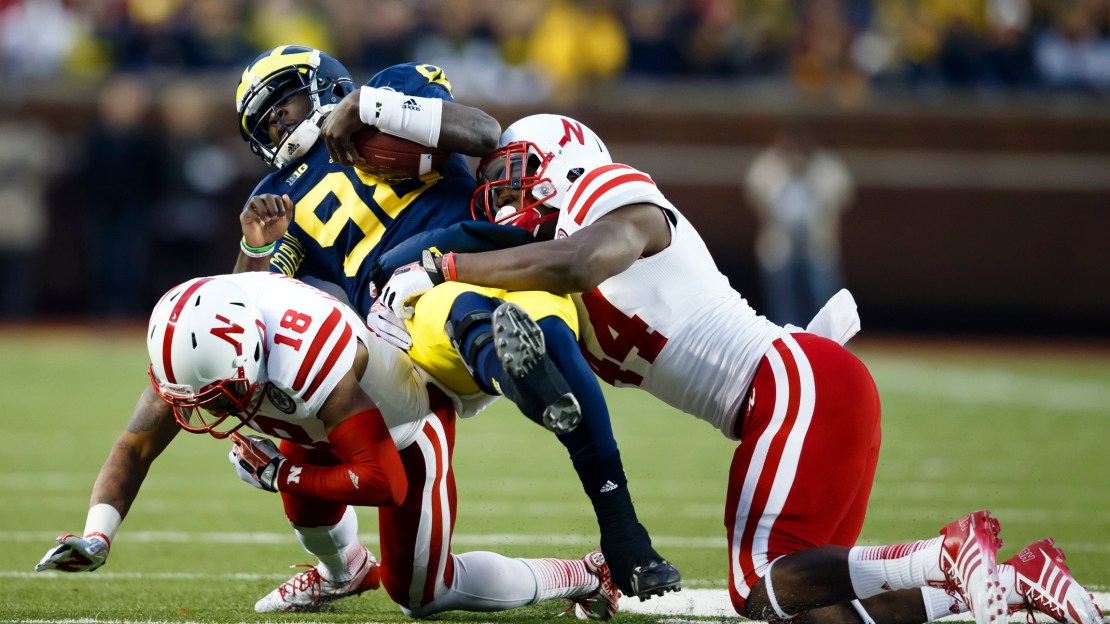 Time to dig through my mail bag. And by the look of things, many of you are eager for the start of football season. I can?t wait, too. So, to whet our appetite, I?ll answer some of your cards and letters. Thanks for writing.

How do you feel Ohio State?s defense will be, given the disappointing finish the Bucks had in 2013 mainly due to a lack of defensive? – Caleb Bailor

No doubt, the defense figures to determine if this will be a special season in Columbus. The offense should be among the Big Ten?s best, even with four new line starters and RB Carlos Hyde gone. The defense? Again, questions loom. The line isn?t a question. In fact, it will be the best in the Big Ten-if not the nation. The back seven is under scrutiny. New co-defensive coordinator Chris Ash was hired from Arkansas to help a secondary that will have three new starters. He has installed a more aggressive scheme. The Buckeyes ranked No. 7 in the Big Ten in total defense last year (377.4 ypg) and 11th in pass defense (268.0 ypg). That has to improve.

How do you see Nebraska?s season playing out? The experts are all over the board. I see them going 9-4 or 10-3. A lot of questions on both sides of the ball. – Mark Lyons

I, too, think this could be a nine- or 10-win team. Winning at Michigan State, at Wisconsin and at Iowa will be tough. There are some other trap games, like the trips to Fresno State and Northwestern and visits from Miami (Fla.) and Minnesota. Still, this team shouldn?t win fewer than eight or nine games. I think Bo Pelini has his best defense in four years. The key will be the development of quarterback Tommy Armstrong and the o-line. If the offense has balance, Nebraska could march all the way to the West title.

How can Frank Clark, a projected mid-first rounder, not be one of your favorites to win an award? – Connor Stalions

Clark is good and very easily could have made my top three for the Outland or Lombardi. He notched 12 tackles for loss with 4.5 sacks in what was a breakout 2013 and will form a good end duo with Brennan Beyer. But it was difficult for me to pick Clark above guys like Iowa?s Brandon Scherff; Ohio State?s Michael Bennett; Nebraska?s Randy Gregory; Michigan State?s Shilique Calhoun; Wisconsin?s Rob Havenstein.

How does MSU?s Jeremy Langford not make the cut as one of the top three RBs for the Doak Walker? He is poised to be the best player in the Big Ten after breaking out last year. – Mike

Yes, it was difficult to leave Langford out after he emerged last season with 1,422 yards rushing with 18 touchdowns. He also ripped off eight consecutive 100-yard rushing games in what was one of the greatest seasons for any back in Spartan annals. I just like Nebraska?s Ameer Abdullah, Wisconsin?s Melvin Gordon and Indiana?s Tevin Coleman better. This is a loaded year for running backs in the Big Ten, which also will feature Minnesota?s David Cobb, Illinois? Josh Ferguson, Iowa?s Mark Weisman, NU?s Venric Mark and Penn State?s Zach Zwinak, among others.

Tevin Coleman is a "jack of all trades" back? Hmm. I think he's more of a one-trick pony: take the rock and go. Not a great receiver, not a great blocker, but an explosive home run threat. Can you elaborate on your thoughts about Coleman? – Chris

By ?jack of all trades,? I was referring to his ability to make all of the runs. I spoke to Indiana offensive coordinator Kevin Johns a few weeks ago, and he says Coleman is improving as a blocker and pass catcher. He could be a special back who has an ability to run inside and outside.

You should have asked Ralph Friedgen if his biggest game this year is going to be vs Maryland. – Austin

No doubt, Friedgen would enjoy beating Maryland, which plays host to the Scarlet Knights in the season finale on Nov. 29. He has not hidden how displeased he is with his alma mater. A few years ago, he said he burned his Maryland diploma. Enough said.

It also will be fun to watch Friedgen battle Penn State and James Franklin. The teams meet in the first Big Ten game of the season, Sept. 13 at Rutgers.

I am a die-hard Huskers fan. And I have noticed a lot of hype about what type of season Randy Gregory might have. Not many people outside of Nebraska really know who he is. Do you think he will have an Ndamukong Suh-type season? – Nate

I think Gregory made a name for himself last season upon arriving from a JC. He led the Big Ten with 10.5 sacks and was second with 17 tackles for loss. I?d say he?s a known commodity. Gregory will command a lot of attention from foes. And he?ll be part of one of the best d-lines in the Big Ten, getting ample opportunity to post a big season again. Will he be as dominant as Suh? I don?t think so. Remember, Suh finished fourth in Heisman voting in 2009 and won the AP Player of the Year honors. No other defensive player ever has won the honor. Suh also won the Nagurski as the nation?s top defender. Suh was an all-time college football great.