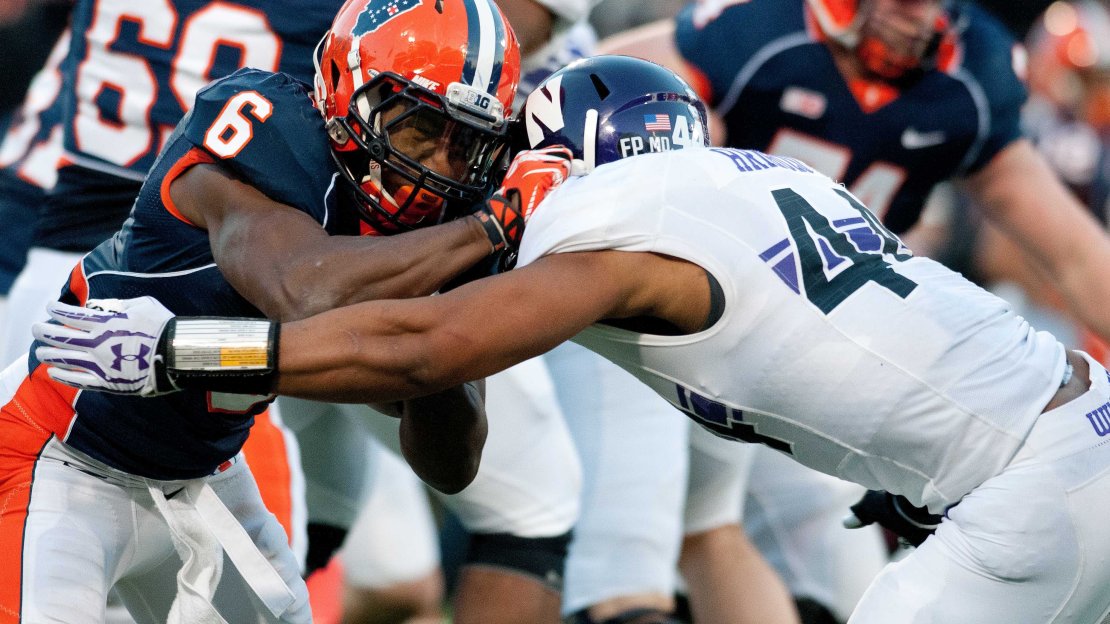 Tackles are an inexact science, to be sure. Teams award them differently, so it's not always as simple as comparing Player A from School A to Player B from School B. Whatever the case, someone will finish the season atop the tackles chart. Who will it be? Tom Dienhart, Sean Merriman and Brent Yarina offer their picks in this post.

Get our previous stat leader predictions:

Tom Dienhart: T.J. Neal, LB, Illinois. As a redshirt sophomore in 2013, he notched 38 stops. He then earned most improved defensive players in the spring. Now penciled in to start in the middle, Neal will pile up the tackles on a defense that will funnel a lot of action his way.

Sean Merriman: Chi Chi Ariguzo, LB, Northwestern. This is a guy who continues to fly under the radar, despite putting up huge numbers in back-to-back seasons. In fact, not counting Rutgers' Steve Longa, Ariguzo is the Big Ten's top returning tackler (106). Pat Fitzgerald?s team returns a lot of talent in the secondary, which makes me believe that opposing teams will try to run it. Good luck getting by the guy who not only has the best name in the conference, but is also the top tackler. Don?t be surprised to see Ariguzo record 120-plus tackles in 2014. Yes, he?s that good.

Brent Yarina: Mason Monheim, LB, Illinois. Monheim was around the ball a lot last season en route to tallying 97 tackles, but he should have no trouble besting that total this fall. Someone must replace playmaker Jonathan Brown's team-leading 119 tackles, and Moneheim, the owner of 183 tackles in two seasons, is more than capable. The Illini defense figures to be on the field a lot this season, too, providing Monheim with ample opportunities.