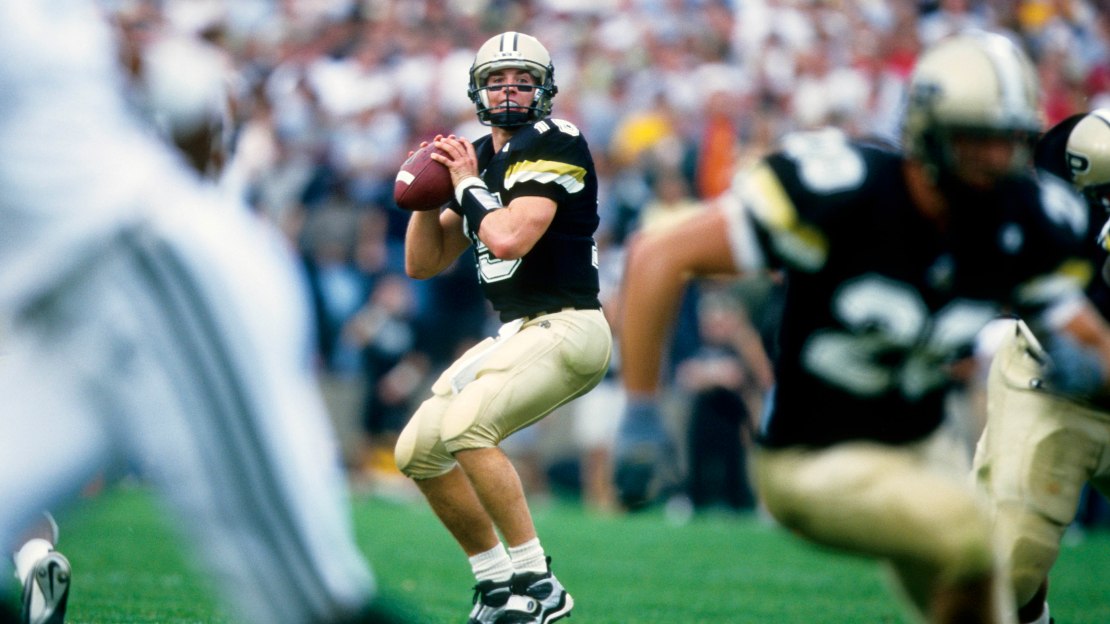 With football season just around the corner, BTN.com decided to offer up a heavy dose of Big Ten football facts. See Sean Merriman's 50 fun and interesting list of factoids in this post. Have another tidbit? Feel free to leave it in the comment box at the bottom of the post.

1. The first-ever Heisman Trophy winner (1935) was awarded to a player from a Big Ten school (Jay Berwanger, University of Chicago).

2. Michigan is 19-2 at home under head coach Brady Hoke, but 7-11 when playing at other locations.

3. Wisconsin has outscored Indiana by a total of 255-44 in their last four meetings. The two schools don't play each other this season.

4. Illinois is the only Big Ten school that has gone undefeated and beaten every team in the conference in the same season (1983).

5. Minnesota's Bronko Nagurski was the first player in NCAA history to be voted an All-American at two different positions in the same season (tackle and fullback).

6. Michigan first debuted its famous winged helmets back in 1938 in a 14-0 win over in-state rival Michigan State.

7. Former Chicago Tribune writer Wallace Abbey is responsible for giving Northwestern the nickname "Wildcats," back in 1924.

8. Purdue is nicknamed both the "Cradle of Quarterbacks" and the "Den of Defensive Ends."

11. Michigan had two Heisman Trophy winners in the 90's (Charles Woodson and Desmond Howard), and both were selected No. 4 overall in the NFL Draft (Howard in 1992 and Woodson in 1998).

12. Penn State's first colors were not blue and white, they were black and pink.

13. Former Ohio State linebacker James Laurinatis is the son of former pro wrestler Joe Laurinaitis, who is better known in the WWE as ?Road Warrior Animal."

15. The last time Iowa beat both Ohio State and Michigan in same year was in 1962.

16. The Minnesota Golden Gophers played their first football game on September 29th, 1882. The final score of the game was 4-0, with the Gophers defeating Hamline University.

17. Former Michigan running back Mike Hart scored a 1280 on his SATs and graduated in the top five of his class with a 94 percent average.

19. Nebraska has more conference championships (43) than any other Big Ten school.

20. Nebraska handed Nick Saban his worst loss as a head coach when the Huskers defeated Saban's Michigan State Spartans, 50-10, back on Sept. 9, 1995.

21. Former Maryland quarterback Frank Reich, at one time, was the engineer of the biggest comebacks in NCAA and NFL history. The 31-point comeback vs. Miami in 1984 has since been bested.

22. Former Nebraska quarterback Tommie Frazier was not sacked once in the 1995 college football season.

24. Former Wisconsin running back and Heisman Trophy winner Ron Dayne holds the Big Ten record for the most career rushing yards with 7,125.

26. Iowa has had at least one player selected in every NFL Draft since 1978, which includes 19 first round selections.

30. Greg Schiano was the youngest head coach in Div. I-A football when Rutgers hired him back in 2000.

32. Entering the 2014 season, the Wolverines hold all 25 spots on the NCAA single-game regular-season crowds list, which has been compiled since 1949.

33. University of Wisconsin's Camp Randall Stadium served as a training ground during the Civil War.

34. Wisconsin athletic director Barry Alverez served as an assistant coach for Hayden Fry at Iowa and played football at Nebraska.

36. The famous Michigan Stadium was actually built on top of an underground spring.

37. The Wisconsin Badgers once had a real-life badger as their mascot. However, the animal proved too mean, and it was replaced in the 1940's.

38. Michigan cornerback Charles Woodson was the first Heisman Trophy winner (1997) to be a primary defensive player.

39. The first bowl game, later known as The Rose Bowl, was played on January 1, 1902 between the Michigan Wolverines and Stanford Cardinal. Michigan won 49-0.

40. Michigan has the most all-time wins in college football history (910).

41. Michigan Stadium, Beaver Stadium and Ohio State make up three of the four largest stadiums in college football, based on seating capacity.

45. Ohio State shares the record with Notre Dame for the most Heisman Trophies at seven apiece.

46. Former Illinois running back Howard Griffith holds the NCAA record for the most rushing touchdowns in a single game (eight).

49. Former Northwestern linebacker Tim McGarigle holds the NCAA record for the most tackles in a career (545).