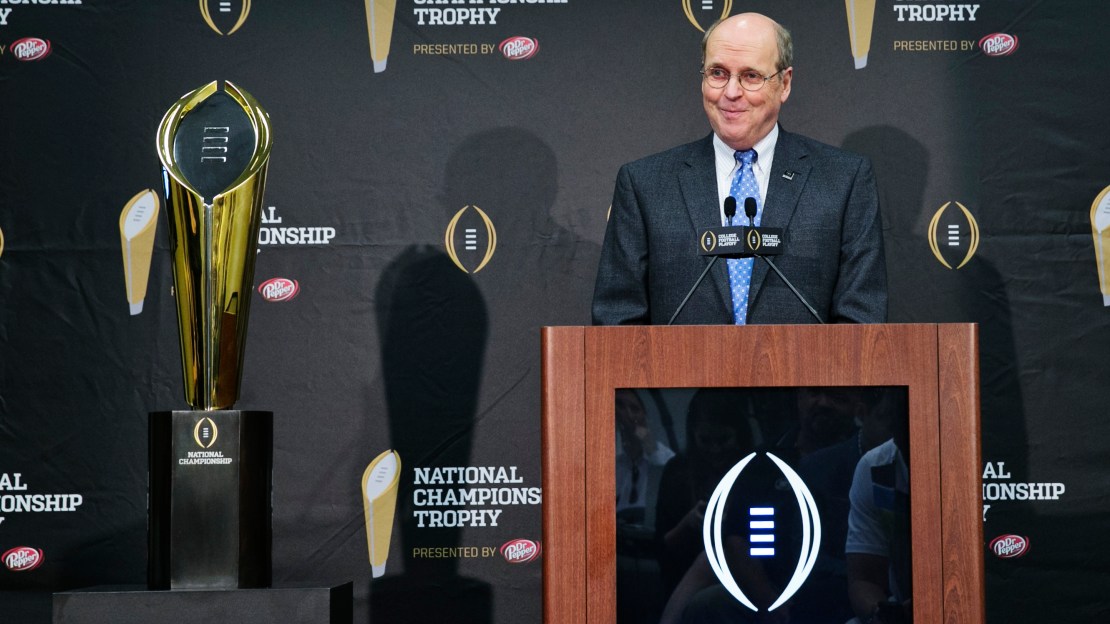 In some ways, it?s still hard to believe that big-time college football finally will have a playoff. More evidence of that was revealed Wednesday at SEC media days by Bill Hancock, the executive director of the College Football Playoff who discussed some specifics on the event.

Is the system perfect? No. For one thing, the playoff should be more than just four teams. How difficult is it going to be for the committee to draw the line between Team No. 4 and Team No. 5? If you think teams that get left out of the 68-team NCAA men's basketball tourney are mad, how steamed will football Team No. 5 be?

I have doubts about any of the rhetoric or reasons given by various administrators as to why the playoff couldn?t have been more than four teams. Remember: For YEARS we were told a playoff wasn?t possible, as the powers-that-be continued to defend the BCS for a sport that was the only one on the globe without a season-ending playoff or tournament to crown a champion. Well, the once-embraced and fiercely-defended BCS is now in a landfill.

Eight teams would have been more desirable for a playoff. Yes, there still would have been consternation and some hurt feelings between Team No. 8 and Team No. 9, but it wouldn?t have been as angst-filled as a four-team playoff figures to be. And in most years, I think there would be more than four teams with a legit beef for inclusion in the playoff.

But, given the tenor of the times and the sensitivity toward the health and welfare of student-athletes, I don?t think we will see administrators enact a playoff that could require players to take part in upwards of 16 or more games. Adding games would be contrary to some of the safety measures being discussed now by college governors.

But those are subjects for discussion and debate for another day. Some playoff details revealed by Hancock:

No doubt, this new playoff will be very lucrative. USAToday notes that the ACC, Big 12, Big Ten, Pac-12 and SEC each will draw a baseline amount of approximately $50 million in the first year of a 12-year contract. The other five FBS-level leagues will split $75 million - but that's more than five times greater than their combined payday in 2013.

Indeed. Again, it makes you wonder why it took so long to get to this playoff. It?s more lucrative and something the fans have wanted. (And if a four-team playoff is this lucrative, think of how much loot an eight-team playoff would reap. Exactly.)

Still, the BCS was perpetuated since 1998, even though for years the sport had multi-team playoffs at the FCS, Division II and Division III levels.

In fact, the FCS expanded its playoff system from 20 to 24 teams in 2013, giving automatic bids to all FCS leagues that want one, seeding the top eight teams and giving them first-round byes and home games in the following round. It all makes so much sense. Now THAT?s a playoff. And check out this quote after it was announced in 2012 that the FCS would expand its playoff field:

"The concern has been we haven't had a full tournament with automatic qualifiers for all the existing conferences. That's a big part of making sure everybody has an opportunity for their champion to participate," said Appalachian State athletic director Charlie Cobb, the new chairman of the Division I Football Championship Committee. "The sentiment is that by seeding the top eight, it keeps more to a truer sense of what a national tournament is about, and I think that's the beauty of what we have."

In order to keep the max number of games at 15, FBS schools probably would have to trim a game from their regular-season schedule. The financial hit likely would be absorbed by all FBS schools getting a bigger check from a larger playoff, right?

I still think America would enjoy a similar FCS playoff for FBS schools more than a four-team playoff and a glut of bowl games that are little more than exhibitions of no consequence on the grand landscape.

Conversely, every FCS playoff game does have a consequence on the grand landscape.

Oh, well. I?ll stop complaining and be happy with this forthcoming four-team playoff.