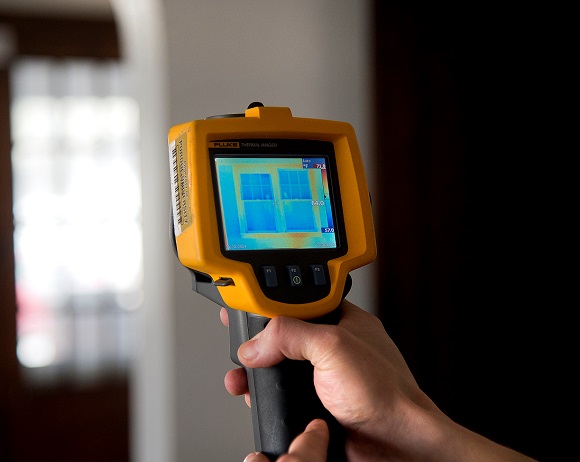 A group of Purdue University researchers, in conjunction with appliance manufacturing giant Whirlpool Corp., are taking up a three-year challenge transforming a 1920s home in West Lafayette, Ind., into an ultra energy-efficient, net-zero residence. The house will be retrofitted to generate as much energy as it consumes over a year.

It?s no easy feat, considering the structure was built nearly a century ago. The home - known as the Retrofitted Net-Zero Energy, Water and Waste, or ReNEWW, house - will have a team of faculty and students from the Purdue Mechanical Engineering department closely looking for new ways to conserve energy and water sources to ensure the home doesn?t take more than what it gives.

The house will harvest several sources, like waste heat from appliances, ?gray water? from showers and sinks and power from the sun through solar panels. Also, through the partnership with Whirlpool, Purdue students and faculty will test the next generation of super-efficient home appliances.

But before taking the home to an energy end game of zero, researchers first needed to have a baseline of its typical energy use. The home requires about 12,000 kilowatt hours (kWh) of electricity and 50,000 kWh of thermal energy per year, or the equivalent of about $2,950 in utility bills yearly. The structure, built in 1928, was rated at 177 - or 77 percent less efficient than a typical new house, according to the Home Energy Rating System (or HERS Index), a standard energy efficiency that?s basically the equivalent of miles-per-gallon for residential buildings. Now that researchers have a baseline, they?re ready to search for the savings to get that HERS rating to zero - or better yet, a negative number, which means the home is producing more energy than it uses on a yearly basis. To that end, the house is undergoing a ?deep energy retrofit? this summer, including upgraded energy-efficient windows, insulation and appliances as well as the addition of solar panels, said Eckhard Groll, the Reilly Professor of Mechanical Engineering and director of Purdue?s Office of Professional Practice.

By this fall, the home will become a ?living lab,? where up to three graduate students will move in from Purdue?s WERLD program (Whirlpool Engineering Rotational Leadership Development). The WERLD students complete a series of rotations working at Whirlpool and then come to Purdue for a year to earn their technical master?s degrees. They?ll keep close tabs on the home?s energy use, helping to monitor more than 70 data points inside and outside the two-story, three-bedroom bungalow.

But they?re not the only ones who?ll be keeping an eye on the home. Over the next two years, other Purdue faculty and students - as well as representatives from other companies - will test just how super-efficient they can make the ReNEWW house.

?We have a number of project partners from different industries who are interested in showcasing new building products that can make homes much more energy efficient,? Kroll said. For example, Honeywell will insulate the basement and attic with its new HFO-based spray foam to make the structure tighter and seal air leaks as well as install an ERV (energy recovery ventilator) to heat or cool incoming air and ensure proper ventilation.

The ReNEWW house will also get a geothermal heat pump as well as solar panels, which will combine a traditional PV (photovoltaic) and solar thermal system into one, allowing the panels to produce both electrical and thermal energy to power the home.

Some of the other projects will include:

Net-zero has grown in popularity in the homebuilding industry in recent years. Major national builders, such as Meritage Homes and KB Home, offer net-zero options to buyers. Several states have even taken regulatory measures to encourage construction of zero-energy houses. For example, California has mandated that all newly constructed homes be net-zero by 2020.

?Net-zero energy homes are certainly becoming mainstream,? Kroll said. ?With improvements in building practices and the plummeting price of solar energy, this is becoming a reality in more and more places.?

Unlike many other net-zero projects, however, the ReNEWW house focuses on a retrofit to an existing home, not building a home from scratch.

?If we are to make significant progress toward mitigating the effects of climate change, we must focus on retrofitting the existing stock of 130 million residential units in the United States, many of which were built before the 1970s and with little regard for energy efficiency,? Kroll explained.

?Purdue University is located in a pretty demanding climate region - with both harsh winters and summers that place heavy energy demands on the home to maintain comfort. One outcome of this project will be to demonstrate that using existing technology and techniques, today it is possible to retrofit an old home, even in the most demanding of climate regions, to be net-zero energy.?