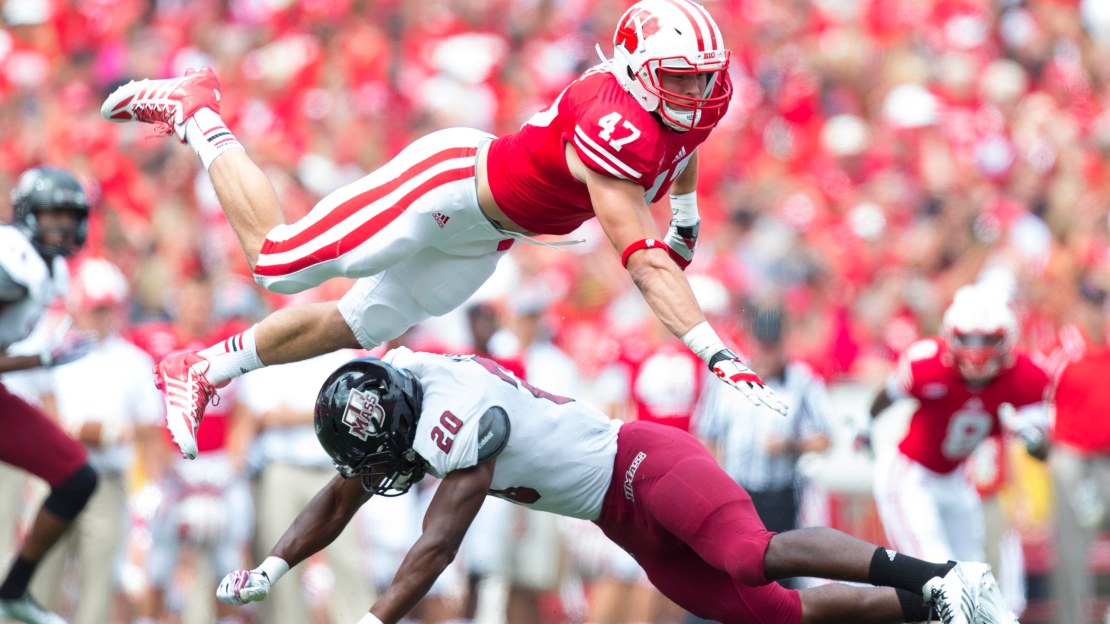 Can you feel it, Big Ten fans? College football is just over one month away, which means it's time to get you ready for the season. We already know about the big-time stars in the conference, including Braxton Miller, Melvin Gordon and Shilique Calhoun, to name a few. But how about those first-year starters who could make an immediate impact?

Here is a look at 10 new Big Ten starters who are poised for big seasons in 2014.

Vonn Bell, S, Ohio State: The Buckeyes are expected to have one of the top defenses in the Big Ten in 2014, but replacing three starters in the secondary is no easy task. Enter Bell, who was a huge recruit and actually saw plenty of action last season as a true freshman. Now, Urban Meyer and the OSU coaching staff will look for Bell to be a leader of this secondary.

Vince Biegel, LB, Wisconsin: Don't let the loss of Chris Borland fool you, this Wisconsin team still has talent at linebacker. One name to keep an eye on is Vince Biegel, who who recorded 25 tackles and two sacks in a backup role last season. Now expected to be a starter at one of the outside linebacker spots, the Badgers will rely on Biegel to be one of the main playmakers. He has showed the ability to defend the pass, as well as rush the passer from the edge. In other words, Biegel is a complete football player, which should make him a perfect fit in this Wisconsin 3-4 defensive scheme.

Freddy Canteen, WR, Michigan: From Anthony Carter to Desmond Howard to Braylon Edwards to Jeremy Gallon, the Wolverines have had some big-time wide receivers. With Gallon off to the NFL, Canteen, a 6-1, 170 pound speedster, is looking like the next big-play wideout to wear the Maize and Blue. A true freshman, Canteen turned heads throughout spring camp with his elite speed, agility, and athleticism, which allow him to make things happen both in the slot and out wide. Keep an eye out for this name, Big Ten fans. This kid has all the tools to be a special player for years to come.

Leonte Carroo, WR, Rutgers: Carroo may be the best wide receiver in the Big Ten that no one seems to talk about. The 6-1, 200 pound wideout hauled in 28 passes for 478 yards and nine touchdowns last season, in a backup role. With Brandon Coleman and Quron Pratt both graduated, this is Carroo's chance to step into a starting role and shine in 2014. Carroo's teammates aren't shy when it comes to talking about how talented this kid is. Just ask senior quarterback Gary Nova, who recently told Dan Duggan of NJ.com that Caroo is "the best receiver in the country."

Ed Davis, LB, Michigan State: With the graduation of Denicos Allen, Michigan State must find a new outside linebacker who can be a force coming off the edge. That guy is Davis, who recorded 17 tackles and four sacks last season in limited playing time. This is a guy who loves to get after the quarterback and should thrive in Pat Narduzzi's defense. We already know about the Big Ten's elite pass rushers like Shilique Calhoun, Randy Gregory and Joey Bosa, but don't be surprised to see Davis' name in the mix for conference sack leaders.

Ezekiel Elliott, RB, Ohio State: With Carlos Hyde off to the NFL, Elliott looks like the leading candidate to take over the Buckeyes? starting running back spot. This 6-0, 210 pound back is built like Hyde and runs with the same smash-mouth demeanor. This is a guy who averaged 8.7 yards per carry last season in a backup role. We know Ohio State loves to run the rock, as it led the nation with 6.8 yards per tote in 2013. Look for the Buckeyes to do much the same this season, with Elliott leading the way.

Darian Hicks, CB, Michigan State: The Spartans featured one of the top secondaries in the nation last season, but will the "No Fly Zone" be able to maintain its success with the loss of All-American and reigning Thorpe winner Darqueze Dennard? Hicks, a talented corner who has the skill-set to be a star, joins Trae Waynes in this new-look secondary. It is rare to see Mark Dantonio play true freshman, but Hicks was simply too talented to keep off the field last season. Now, we will get the chance to see him perform in a starting role. Look out, Big Ten wideouts.

Wes Lunt, QB, Illinois: The former Oklahoma State signal caller should be an instant impact player for the Fighting Illini this season. Illinois has talent in guys like Josh Ferguson, the Big Ten's top receiving back, Donovonn Young and Martize Barr. Now, they have the ideal quarterback to get these guys the ball. Lunt has a good combination of arm strength and accuracy, which should help make this an exciting offense.

Reggie Spearman, LB, Iowa: Iowa faces the challenge of replacing not one, not two, but all three starting linebackers. The one guy who really seems to have Iowa fans excited is Spearman. This is a sophomore who has all the tools to be an elite outside linebacker, but he is still learning his position. Spearman will be playing in Anthony Hitchens' old spot, which means he must be able to contain the run, rush the passer, and be able to drop back into coverage on occasion. But with a name like Spear-man, how can't you root for this kid?

Jordan Westerkamp, WR, Nebraska: Does this name ring a bell, Big Ten fans? Westerkamp was on the receiving end of Ron Kellogg III's Hail Mary heave to defeat Northwestern last season. Relive it below! Now, with Quincy Enunwa off to the NFL, Westerkamp will be looked upon to step in and fill that other wide receiver spot, opposite Kenny Bell. The 6-0, 195-pound Westerkamp has good hands, and will likely work both on the outside and in the slot, depending on the offensive formation. This is a guy who reminds me a lot of former Ohio State wideout Anthony Gonzalez. Don't be surprised to see Westerkamp top the 50-catch, 600 yard mark. Yes, he's that talented.