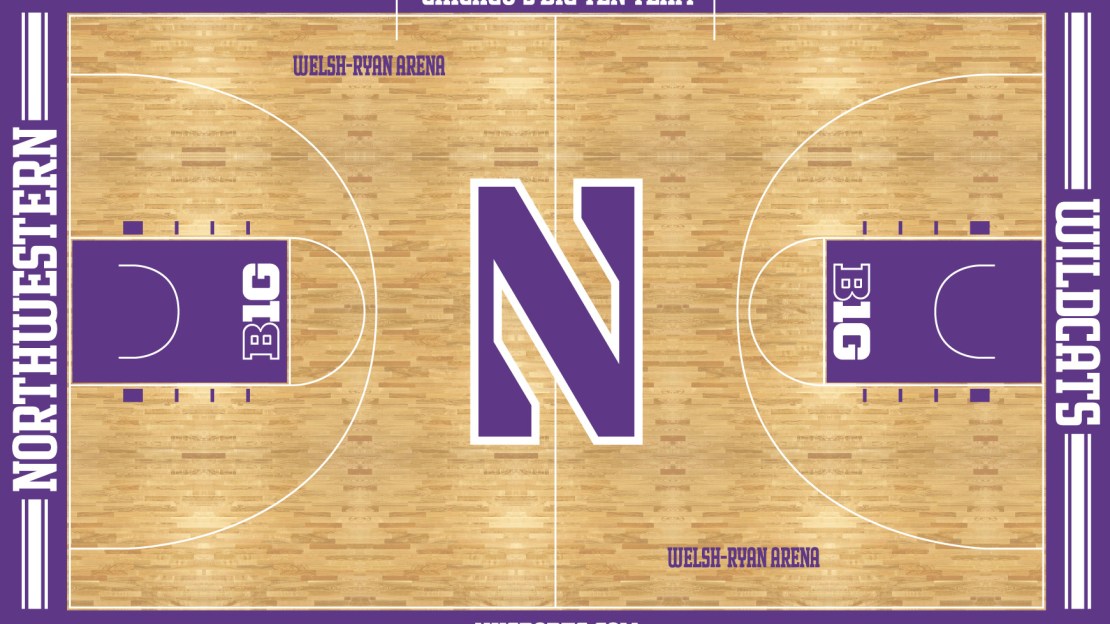 Northwestern released the design for its new court at Welsh-Ryan Arena on Wednesday morning. The new floor is a much more classic look than the one the Wildcats played on the last two seasons.

Here?s a rendering of Welsh-Ryan with the new court design and video board. #B1GCats #Northwestern pic.twitter.com/DcUBbKVqQp

The biggest changes – other than the elimination of the crayola-like purple shade that didn't match the midcourt logo – are the darker shade of wood, the Wildcat-less "N" midcourt logo and the addition of the Northwestern Stripe under both baskets. The latter is an excellent touch – just as it was on the school's uniforms.

Another small change: The "B1G" logo is moving from outside the free-throw line to inside the key.

Yes, the reference to being "Chicago's Big Ten Team" is staying.

Here's a comparison of the two court:

A look at new and improved @NUMensBball court and the old one. Best feature? Northwestern Stripe under baskets. pic.twitter.com/Miarc2WqSx