Bob Shoop Q&A: 'We want to be an in-your-face defense' 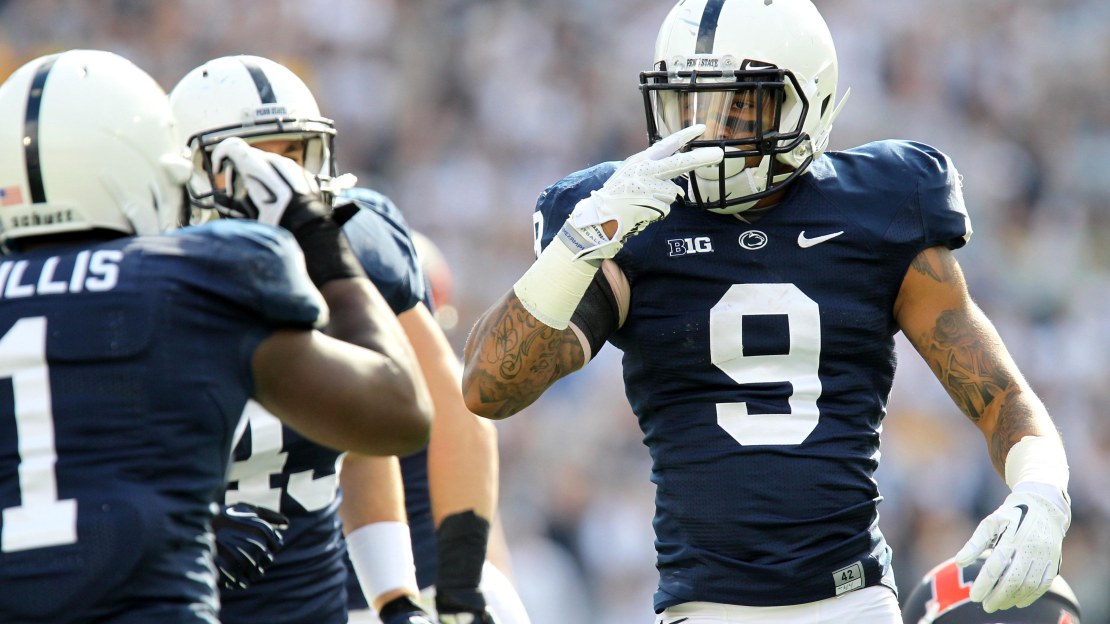 James Franklin has been a headline maker since coming to Penn State. And rightly so. But if you look past the dynamic and flamboyant Franklin, you?ll find a strong coaching staff. And one of Franklin?s top assistants is defensive coordinator Bob Shoop.

The 47-year-old Shoop followed Franklin from Vanderbilt, where he built some of the SEC?s most underrated defenses. Shoop rarely had the better players, but he used scheme and guile to often gain an edge. Now, the former Yale wide receiver who was head coach at Columbia from 2003-05 has plans to build a strong defense in State College.

Shoop is the Penn State?s fourth coordinator in four years, following Tom Bradley, Ted Roof and John Butler. The unit was solid last year but needs to improve, ranking No. 6 in the Big Ten vs. the run (144.0 ypg) and No. 8 vs. the pass (237.3 ypg). PSU needs more turnovers generated, too, as the 20 in 2013 were more than just three Big Ten schools.

The Pennsylvania native is excited to be in the Big Ten, where brother John is the offensive coordinator at Purdue. I recently caught up with Shoop.

Q: Let?s start up front. How does your line look?
A: I think our starting ends are good players. Two years ago, Deion (Barnes) had a breakout year. He has a chance to be a good player. He?s very coachable and a hard work. C.J. Olaniyan was a come-out-of-nowhere player last year. We have good depth behind them.

D-tackle is a position that concerns me a bit from a depth perspective. Austin Johnson could be the next in line of some great 300-pound Penn State defensive tackles. He?s tough, physical and a hard worker. We have moved Anthony Zettel from d-end to the other tackle spot. We?ll sacrifice some size at that spot for a guy with twitch and movement like him. He was hard to block in the spring.

Q: This is Linebacker U. How is the group looking?
A: Mike Hull is the undisputed leader of the group on defense. He has a high football IQ and is very coachable. He?s the quarterback of the defense and makes a lot of our signal calls and checks. He sets the front and the blitzes. He played outside last year. And from what I hear was only about 75 or 80 percent because of injuries.

Nyeem Wartman and Brandon Bell are good players who could be really good players if they continue to develop. Our staff is very excited about incoming freshmen linebackers Jason Cabinda and Troy Reeder who may be able to compete right off the bat. From a mental and physical perspective, they have the tools we are looking for. Keep an eye on them.

Q: Is the back-end solid?
A: In the secondary, we left spring ball feeling that three guys had separated. Jordan Lucas is an all-conference performer who is a good cover and blitz guy and can play nickel. He had four interceptions last year and two were at nickel. He?s eager and plays with lots of juice and enthusiasm. If he refines his technique, he has a chance to be an upper-level player. Trevor Williams is another corner who did a lot last year. He?s a converted receiver. About midway through spring ball, he got burned by Geno Lewis on a deep pass. We challenged him after that and he was on point the last seven or eight practices from there on out from a technical perspective and assignment perspective and took his game to another level. He became a finisher and made a lot of plays. Da?Quan Davis is another corner. I think he was in the previous staff's doghouse for different reasons. We promised him a clean slate, and he stepped up and has done well. He has been watching film all summer. He watches a lot of NFL film, studying technique and fundamentals. I have been impressed with his work ethic. Christian Campbell and Grant Haley are two incoming freshman corners who could compete. They made a good first impression last week. Haley had the fastest 40 time on the team. Campbell is a long kid who was an under-the-radar recruit. We anticipate both having the chance to play right away.

I am really excited about the safeties. Adrian Amos is my ace in the hole at corner. If all else fails, he can play there. He has a unique set of skills at the strong safety spot. He?s one of the faster and stronger guys on the team and can hit. Allen Robinson is his best friend. He saw the success that Robinson had last year and is motivated by that. Ryan Keiser is the other safety. He?s a walk-on from a small town in Pennsylvania. He has earned a scholarship. He has one of the top vertical and broad jumps on the team. He is one of the team?s best basketball players. He?s a can?t-judge-a-book-by-its-cover guy. He, Mike Hull and Adrian clearly are the quarterbacks of the defense. They have seen a lot of different things. I am their fourth coordinator in four years. They get it and want to learn more. Malik Golden is a former receiver who does well as a backup safety. Jesse Della Valle has played a lot. He?s a utility guy. Koa Farmer is an incoming freshman who could help this year at safety. He lives five miles from the Rose Bowl. So, he wants to go back. Q: Any areas of concern?
A: The ends are solid and deep. We also like our safeties. I am concerned about depth at d-tackle. They didn?t play a lot of guys on the d-line last year. We are committed to playing 22 players across the board on defense. At Vanderbilt, we were committed to playing 14 guys. We made ourselves appear to have more depth than we did.

We have good box backers. Field linebacker is a hybrid spot, a combination linebacker/strong safety. Who that player is, Brandon Bell, Koa Farmer, Adrian Amos, Jordan Lucas, Grant Haley, it depends on what the situation entails. That is our ?star? position. That is an area to watch.

Q: Was the talent level what you thought when you arrived?
A: The talent was about what I thought. There are some good players. Sanctions have impacted things. We aren?t as deep as I anticipated. We identified the holes-we need another corner, a field linebacker and depth at inside linebacker. The young guys need to be ready to get it done quickly.

We are committed to playing young players. We don?t recruit players to fit a scheme, we try to build a scheme around the strength of the players. Identify a player?s strengths and put him in position to be a success. We want 11 guys to play as fast as they can.

Q: How would you describe your defensive style?
A: We want to be an in-your-face defense that is fun to play. We are built around relentless pursuit and never-ending pressure. Each defense takes on an identity of its own. We are a big zone-blitz team; we have evolved into some man-free and quarter-concepts, things like that. I always talk about three things: A, we are committed to stopping the run; B, we don?t want to allow big plays. C, and we want takeaways. If we do those things, we will be successful.