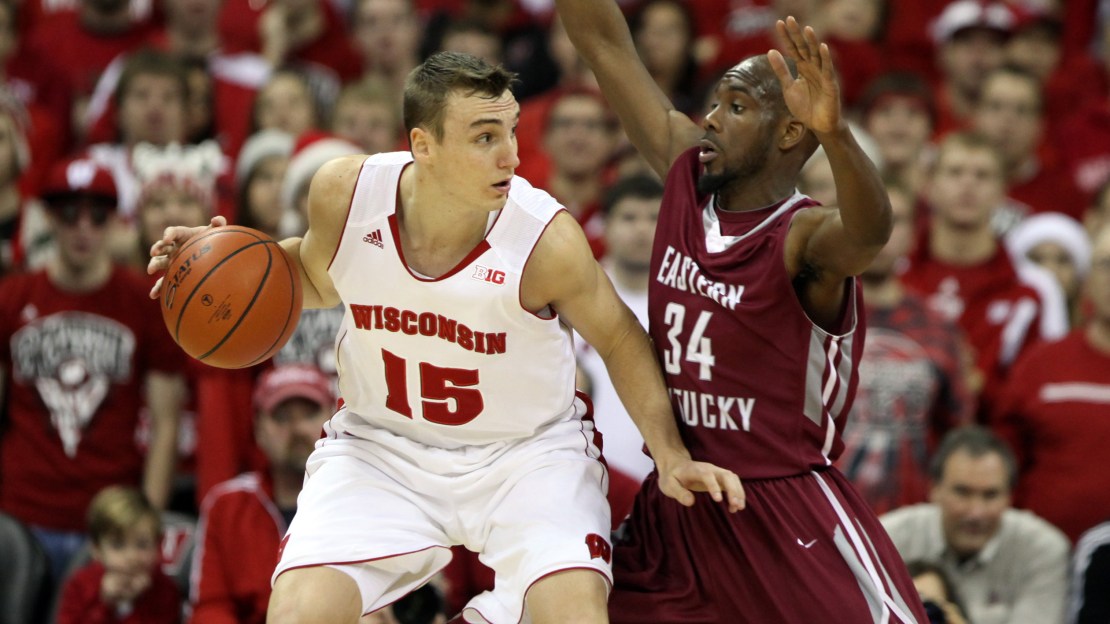 Leading the way is Wisconsin forward Sam Dekker, who appears at No. 18 on the list.

"Dekker was a favorite of the analytics crowd after a very effective freshman season, but he came back down to earth a bit as a sophomore," Ford says of the Badgers' junior forward. "He has size and athleticism for his position, but his jump shot accuracy faded significantly as a sophomore and damaged his draft stock. There are a lot of teams still interested, but he'll need to bounce back as a junior."

Only one other Big Ten player appears in the top 30 of Ford's rankings, and that is Michigan guard Caris LeVert, who is ranked 27th.

"LeVert was one of the most improved players in the country last year," Ford says. "After getting almost no attention from scouts as a freshman, he's now firmly on the board as a potential first-round pick. He's a great athlete, has range on his jump shot, plays terrific defense and even showed some nice court vision. If he builds on his terrific sophomore season, he'll hear his named called by Adam Silver on draft night."

Here is a list of where the remaining Big Ten standouts appear, as well as a blurb from Ford about their NBA potential.

"Dawson has always been an intriguing prospect to NBA scouts. Blessed with an NBA body and elite athletic ability, he has the potential to be a No. 1 pick. However, injuries and the lack of a jump shot have kept him from cracking the first round. His play was very strong at the end of the season, and if he can have an Adreian Payne-like senior year, he could move his way into the first round"

"Kaminsky had his coming-out party in a huge win against Arizona to propel Wisconsin to the Final Four. However, against Kentucky in the Final Four game, his stock came back down to earth a bit. He's very skilled for a big man and has NBA three-point range on his jumper, but he needs to add strength and improve his rebounding. He was a likely second-round pick if he declared this year. Another year to improve and get stronger could push him into the first round in 2015. He reminds me a bit of Channing Frye."

"Hammons has the requisite size to be an NBA player, but his development, like most big men, is taking longer. He likely would have been a second-round pick had he declared this year. If he shows development on both ends of the floor as a junior, he could be a mid- to late-first-round pick in 2015. The talent is there."

"Petteway is a versatile, aggressive scorer who can knock down shots from the three or by attacking the rim. He plays with an unbelievable motor, but that can also be his downfall as he can get caught up trying to do too much. He's old for his draft class which limits his upside somewhat, but one of the more intriguing sleepers on this list."

(No comments on Wells)

"He's tough, he's a leader and still seems like he hasn't tapped out his potential yet."