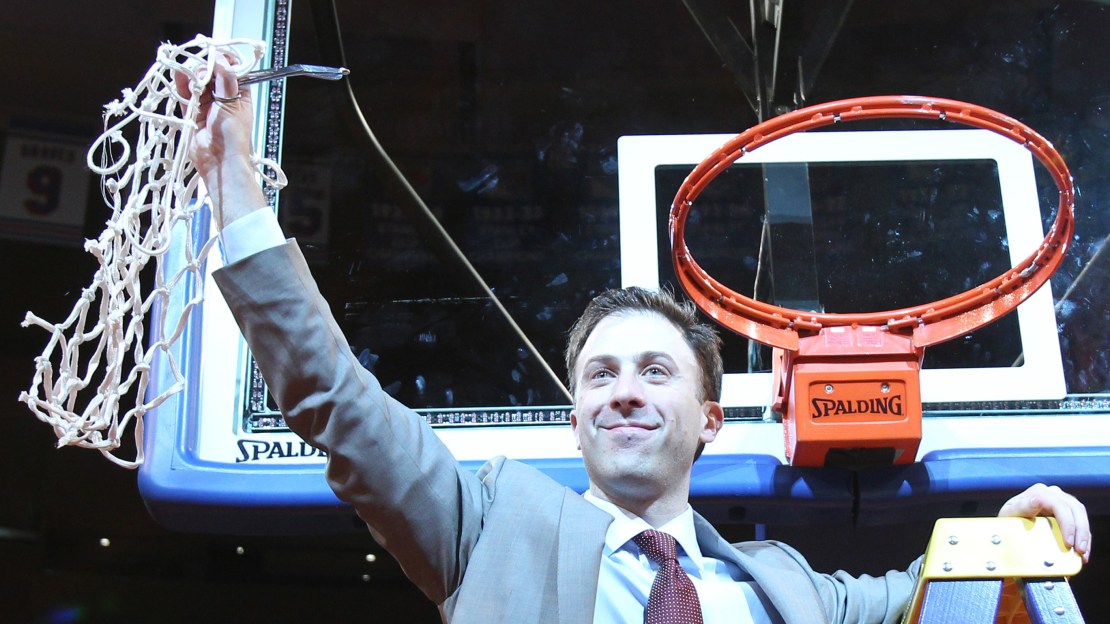 You knew this was coming: When Rick Pitino leaves Louisville, would Richard Pitino be in line to take over?

Who knows? Maybe. Maybe not. Heck, Rick Pitino could keep coaching at U of L for a while, as he is just 61. Regardless, if Richard keeps winning, he will be a hot commodity wanted by more schools than Louisville. It?s a good problem for Minnesota to potentially have.

LSU vs. Wisconsin in Houston is enticing, but is there a bigger non-conference game than Michigan State?s trip to Oregon? Nope. It potentially could be a make-or-break game for the Spartans? national title hopes. Win in Eugene on Sept. 6, and it?s not crazy to envision Michigan State possibly running the table, getting to the four-team playoff and maybe ? winning it all.

The Spartans open the season Aug. 29 vs. Jacksonville State. But-c?mon-the Gamecocks will be little more than a speed bump. Even MSU defensive backs coach Harlon Barnett knows it.

Barnett said: ?I don?t want to get too far ahead, I know a lot of people will say, ?We?re just focused on Jacksonville State.? I?m gonna be real - come on, man, you know you look forward to other stuff. I?m gonna be real, and I?ll say this: Our guys won?t be intimidated. That?s what I say to people: ?We?re gonna show up. I promise you we?ll show up.? ?

Looks like former Penn State QB Rob Bolden is on the move again.

Bolden has been at LSU, where he moved to wideout. Remember when he was the starting signal-caller as a freshman at Penn State? Seems like 100 years ago.

Hey, it?s all about helping to put fannies in the seats, right?

The gang at Cleveland.com takes a look at each Ohio State foe. Here are five questions about Michigan.

Bottom line: It?s no secret how big this season is for Brady Hoke and Co. What does Hoke need to do to keep fans happy? It depends. Road games at Notre Dame, Michigan State and Ohio State will go a long way toward determining ?success? in Ann Arbor this fall. But what if the Wolverines lose those three road games but win their nine others plus a bowl to go 10-3? What a conundrum.

Speaking of Minnesota, the defending NIT champs are slated to play in the preseason NIT. And the format of that event may be changing, going from 16 to 8 teams. The four host teams — Minnesota, St. John's, Gonzaga and Georgia — would get only one home game instead of two, and the winner of each matchup would then play three games at Madison Square Garden rather than two.

Not a bad concept. Stay tuned.

This is pretty cool: ex-Illinois basketball player Tom Michael is the new A.D. at Eastern Illinois.

If it makes you feel any better, Iowa fans, A.D. Gary Barta is frustrated by some recent recruiting misses in basketball. But he sees the big picture and is pleased with the work of Fran McCaffery.

Barta addressed that frustration to HawkCentral.com by pointing out where the Iowa program was before McCaffery arrived barely four years ago. McCaffery was hired to replace Todd Lickliter, who was fired after each of his three seasons as coach resulted in a losing record. Lickliter?s brief reign also was hampered by numerous player defections and declining attendance. Iowa also hadn?t participated in the NCAA Tournament since 2006 when McCaffery took over. This past season?s team finally ended the drought after eight years.

After redshirting last year, Mark Donnal could emerge as a key man for Michigan. He better emerge, or the Wolverines may have some issues on the interior.