Start your week off with Monday's Big Ten links 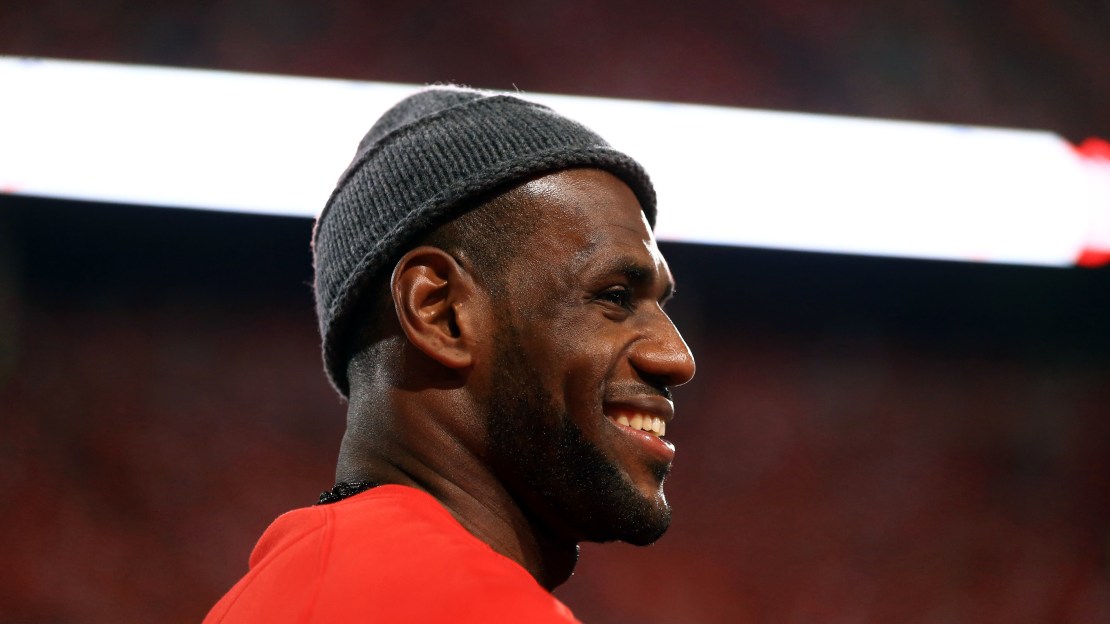 It turns out LeBron James stayed connected to his home state while away in Florida by following Ohio State. Gotta love the loyalty of the Buckeye State.

"LeBron is a very loyal guy," Thad Matta told Cleveland.com Friday. "In his comments (in his SI.com article on his return), it's amazing what Ohio means to him.

George Whitfield is one of the leading quarterback gurus in the nation. And he thinks Connor Cook is in position to take his game to another level. And that?s encouraging when you consider how good he was last year en route to winning MVP honors at the Big Ten title game and Rose Bowl.

"He's one of those guys who now has the pilot light on inside, and with more experience, that confidence will bode well,? Whitfield told NFL.com. ?The most dangerous thing you can have in a quarterback is confidence, and that guy has it."

Speaking of MSU, it lost a rising young cornerback in Ezra Robinson.

There were few more impressive true freshman quarterbacks in the nation last year than Penn State?s Christian Hackenberg. What?s he gonna do for an encore? Regardless, he?s not feeling any pressure-even as he looks for a new No. 1 target with Allen Robinson gone.

Bob Flounders of Pennlive.com notes that the blue-chip recruit was as good as advertised, perhaps better, in throwing for 2,955 yards and 20 touchdowns. The 6-4, 235-pounder won a preseason battle with Tyler Ferguson and never looked back. He was brilliant in wins over Michigan (305 yards, 2 combined touchdowns) and Wisconsin (339 yards, 4 TDs) and earned Big Ten Freshman of the Year honors.

Penn State had its annual Lift for Life event, a great affair that raises money for kidney cancer association. Check out the photo gallery.

James Franklin?s first freshman class is on campus. And it?s already impressing. Not a shock.

Guys like Mike Gesicki, Saeed Blacknall, Michael O?Connor and De?Andre Thompkins are among the top newcomers for a program that continues to add talent.

Word is that Illinois hoops coach John Groce is gonna get a raise. And, he deserves it, I think.

Thomas has proposed a $100,000 raise and one-year contract extension for Groce, who now earns $1.6 million annually. Groce got Illinois to the NCAA tourney his first year and pushed his team to the NIT last season when things looked to be going off the rails. Plus, Groce is adding some nice talent for a program that has some mojo. Groce?s current contract runs through April 2018 and pays him a total of $1.6 million annually, plus incentives.

This can only be a good thing: Michigan quarterback Devin Gardner spent the weekend at the Manning Passing Academy.

Gardner has shown flashes but lacks consistency. No doubt, a spotty line has hurt his efficiency. Still, he produced 32 touchdowns and more than 3,000 all-purpose yards as a junior in 2013. He also was named an All-Big Ten honorable mention after completing 208-of-345 passing for 2,960 yards and 21 touchdowns and rushing 165 times for 483 yards and 11 touchdowns. The kid could take off this fall.

All of the football preview magazines are out. And, unlike me, some don?t have much faith in Nebraska.

Well, I still think the Huskers could win the West, as long as the offense develops some balance. This looks to be the best defense Bo Pelini has had since early in his tenure. Lots of potential on this team.