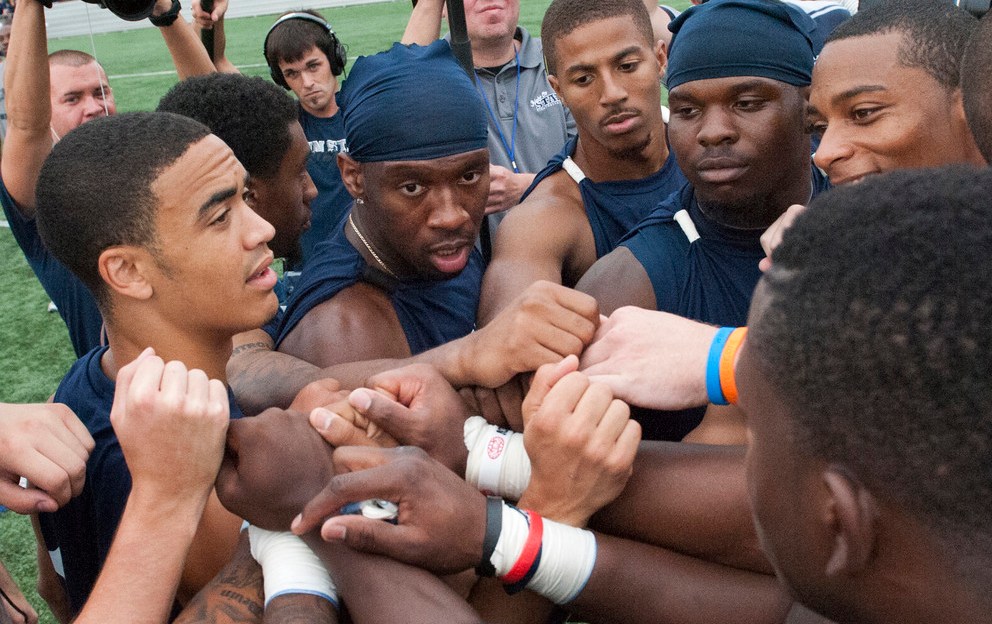 When Penn State football player Scott Shirley learned his father was diagnosed with kidney cancer in 2003, he and his family soon learned that little could be done to treat this debilitating condition.

Yet his Nittany Lion teammates immediately rallied around him - most especially through Lift For Life. This strength-and-conditioning competition was conceived as a way to raise awareness and money for treatment of this rare disease, one of about 7,000 classified as such because it impacts a very small population and thus receives little attention and funding for medical remedies and cures.

Now in its second decade, the Lift For Life event continued at Penn State exclusively until Uplifting Athletes, a national non-profit that aligns college football programs with rare-disease causes, was launched in 2007 with Shirley serving as executive director.

Uplifting Athletes now has a network of more than 25 student-athlete-led chapters nationwide, which includes half of the schools in the Big Ten and Atlantic Coast Conferences and representation in every major college football conference. Each chapter adopts a specific rare disease. They?re also run by current college football players who, through their involvement with the program, learn valuable life lessons about leadership, management, giving back and impacting the lives of others.

Since its inception, they?ve raised more than $825,000, and they?re hoping to break the $1 million mark this year for total funds raised for The Kidney Cancer Association. To learn more or make a donation, visit www.upliftingathletes.org.

Update: Congrats to the Penn State Uplifting Athletes crew on another record-setting weekend!