Spartans to host Buckeyes under the lights Nov. 8 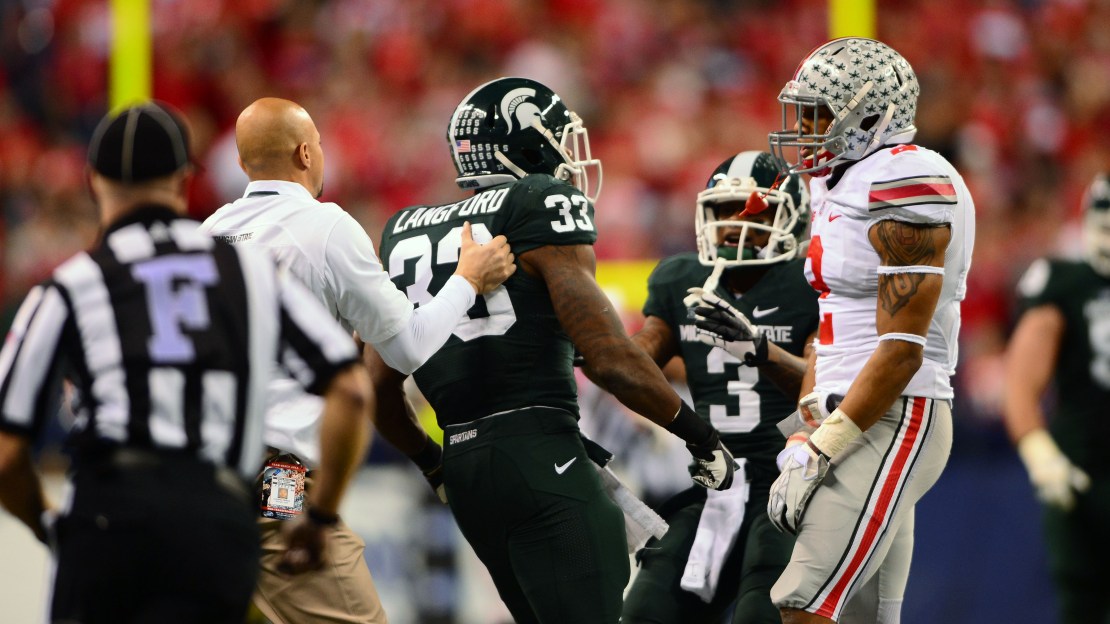 If you enjoyed last season's Big Ten title game – who didn't?! – you'll want to leave the night of Nov. 8 open. That's because the Big Ten announced Thursday that Michigan State will host Ohio State under the lights (8 ET) for the first time in a rematch of last season's memorable clash at Lucas Oil Stadium.

The Spartans won the game, 34-24, on their way to claiming the Rose Bowl title, the program's first since taking the 1988 game.

As a result of Thursday's announcement, Michigan State and Ohio State are scheduled to play five night games in 2014, a record for both teams.

[ MORE: Which stars are headed to Big Ten media days? ]

For the curious minds, the two schools have split the last four meetings, and Ohio State owns a 9-4 series advantage since 1997.

Denicos Allen made, perhaps, the biggest play of the 2013 B1G title game:

And this was one of our favorite (postgame) moments: