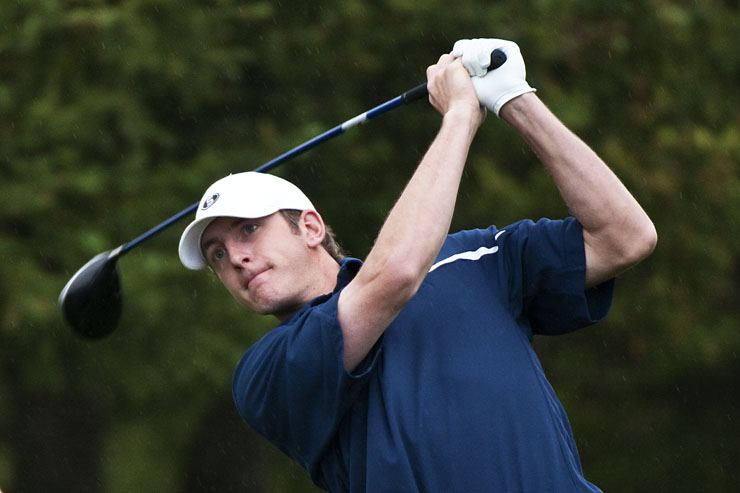 The Evans Scholarship is one of the most prestigious awards available in the United States, and it has an influence over its scholars for not only the time they are in college but the years that follow. But the influence goes beyond the financial aid it provides the college students.

Golf caddies who demonstrate the proper academic performance, a zeal for activities outside of the classroom, and financial need can be awarded the Evans Scholarship from the Western Golf Association, and that scholarship covers all college costs for the Scholar for all four years of his collegiate career.

The Evan Scholars Chapter Houses (which are coed) act in a similar way as fraternity and sorority houses do, with the exception that the Evans Scholars seem to have a different focus than the students living in a Greek house. ?It gives you the benefit that not only do they all rank in the very top academically and have a solid list of extracurricular activities, but the environment they are in is very conducive to success because they are living with similarly motivated individuals,?? O?Keefe said. ?I know the founders consider that a critical component of the whole program.?

The danger of any college living arrangement created by an outside influence is that the students could be insulated from other students. The Evans program states that their scholars must eat at other dormitories in order to have social encounters with other students, and they must have employment outside of the house as well.

For the 2013-14 academic year, there were over 800 Evans Scholars in the 19 schools aligned with the program (which includes nine Big Ten schools). The goal of the organization is to fund 1,000 students annually. The current cost of the program to the Western Golf Association is $13 million annually.

The first Evans Scholar was selected in 1930, at a time when tuition to Northwestern (the school the first scholars were sent to) was $300 a year.

There are currently 9,800 Evans Scholars alumni. The graduation rate over the 80-plus years of the program is 92 percent, and the cumulative grade point average in college is 3.25.