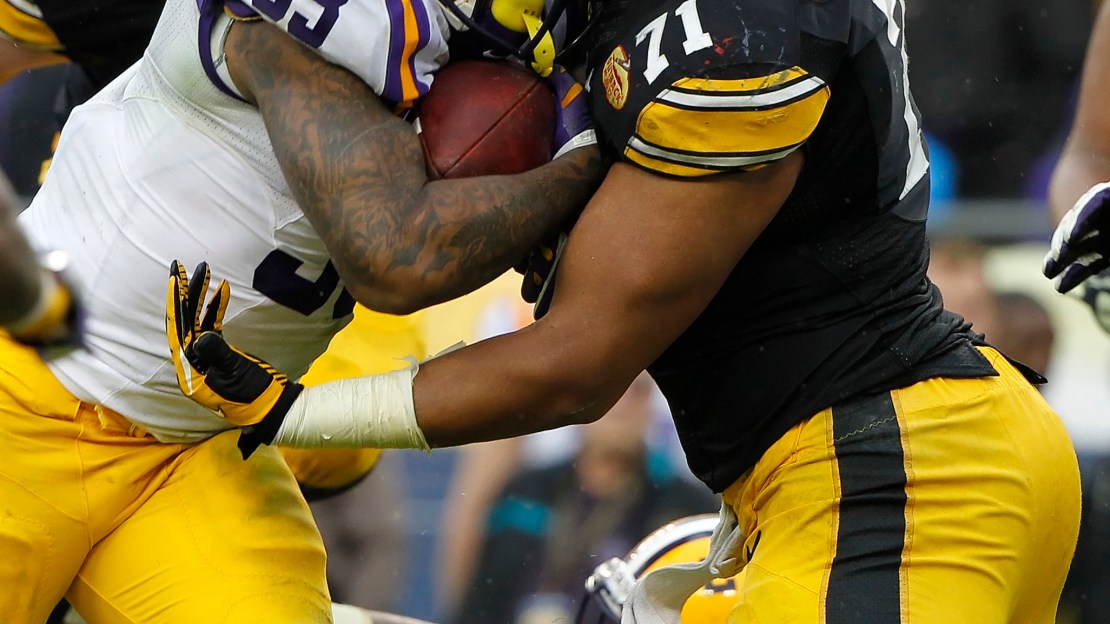 The move for increased safety in football continues with this recent report that says the NCAA suggests teams hold no more than two contact practices per week during the season in guidelines that evolved out of a safety and concussion summit early this year.

The reports says that there isn't overwhelming evidence that a reduction in contact practices leads to fewer concussions, but common sense is at play for coaches who are cutting back on contact work, said Scott Anderson, Oklahoma's athletic trainer and president of the College Athletic Trainers' Society.

"We're acting on what we know," Anderson said. "The more contact, and the more intense the contact, the more likely that a concussion is to occur."

This can only be a good thing. And I don?t think it will impact the quality of play.

It appears that this Rutgers blogger isn?t too impressed with the Big Ten. What?s his point? A surprisingly successful season for the Scarlet Knights could be in the offing. I?m gonna clip and save this.

When it comes to night games, Iowa is shutout. And that doesn?t sit well with big Carl Davis. Hey, I?m not gonna argue with him.

It is the second consecutive season that Iowa won?t play at night. The league is expected to announce times and networks for other games soon, but the Hawkeyes? chances of playing under the lights seem slim.

?Getting up early sucks, you know,? said Davis. ?I wish we could have had some night games.

?Those are always fun.?

Speaking of Iowa, here?s a good podcast from the gang at the Cedar Rapids Gazette which counts the best of the Kirk Ferentz era. We?re talking best players, games, weird moments and more of the past 15 years from Marc Morehouse and Scott Dochterman.

The great Lee Barfknecht of the Omaha World-Herald has a nice Q&A with Penn State coach James Franklin.

It?s never too early to think about hoops, right? At Michigan, eyes are on Zak Irvin as he looks to progress from being just a shooter.

Can Irvin become more than a role player and one-trick pony as a sophomore? It?s a leap guys like Nik Stauskas and Caris LeVert made between their freshman and sophomore seasons. The Wolverines will need a more well-rounded Irvin.

The 6-4 Florida native has a shot to earn a starting spot with Austin Hollins? departure. But Morris needs to bulk up and develop to compete in the often-rugged Big Ten.

Purdue hoops coach Matt Painter met with the media on Monday to discuss his team, offseason workouts, freshmen and the like. Check out the video.

This is a big, big season for Painter, who is coming off two disappointing campaigns. Questions loom, especially in the backcourt. And will this team defend better? Have leaders? Shoot with aplomb? Stay tuned.

?It?s really construction-driven,? Lener told the Champaign News-Gazette. ?We don?t have a location finalized, but we are working on some options. We will have something finalized in the next couple of months.?

?We?re looking for different venues throughout the state, but it would be off-campus,? Lener said. ?Huff just isn?t big enough to accommodate the type of crowds we draw. It does present some challenges, too, because it is just set up for volleyball. It would be nice to have them there and it would be a great environment, but the building just presents some challenges.?

I would have liked to have seen a ?throw-back? game at Huff Hall. Oh, well.

Zeisloft will be a redshirt junior this season and will be eligible immediately after he graduated in three years. He averaged 6.9 points last season in 30 starts, making 60 three-pointers on 169 attempts (35.5 percent). That shooting touch will be welcomed. Only one Hoosier made more three-pointers last season (Yogi Ferrell, who made 88).