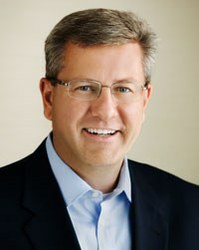 Over the past 25 years, a relatively unheard of corporate department - Human Resources - has become a critical cog in the success or failure of a business or enterprise.

At the same time, the Human Resources Department has become one of the most complicated, all-encompassing places to work in any firm. In his roles in the Human Resources purview, Schuyler has seen remarkable change, as HR has become less about paperwork and more about strategy. Technology has allowed HR to get its procedures out of the way quickly so it could concentrate on finding the right person for the job that needs to be filled.

Thanks also to technology, namely the advent of social media, companies are now able to research prospective employees more closely.

?Social media has the potential to impact the review of the candidacy of the employee,? Schuyler said. ?It probably has to be something more inflammatory than a picture on a website, but it does represent a person?s brand on the web, and that is taking hold in an employer review. We do everything we possibly can to research the potential employees that come to us.

?We look at the normal things like resume and education history and prior work experience, which is what we have been doing for ages, but now we can search your name. Everything that exists about you on the web pops up and we can dig into it as much as we want. If it is a decision that is close we will do so. Everyone should be aware of this. Everything that exists on the web is searchable.?

With that being said, Schuyler admits that college is a time when young people get to experience life in a way that is new to most of them, and as a result, they learn how to react to new challenges and triggers. He considers that freedom of choice to be the greatest aspect of his undergraduate life at Penn State.

?Penn State was an incredible experience, mostly because suddenly you are thrust into an environment where the world is at your discretion and disposal,? Schuyler said with a laugh. ?Everything is so rigid in high school, and suddenly you are liberated and can do what you think is most important.

?My fondest memories are the liberation and getting to control my own destiny,?? he said. ?It was up to me to be involved in things if I wanted to. It was a life lesson, where I learned to pick what matters and spend time in what matters.?

There are continuing opinion pieces being tossed about concerning the value of a college education, and today there are ways to be a success without a college degree. But Schuyler said his experience shows that college is in fact doing a good job preparing young people for the challenges of the modern workplace.

?Historically it has, and in that regard it is only getting better,? Schuyler said. ?Colleges and universities are obviously educating students on the technical acumen to do the job that we offer them. From an evolution of the workforce perspective, it is still evolving and evolving rapidly. Universities are trying hard to catch up and make sure they are educating students on the more general type of skills that are required in today?s workforce.

?There is no more linear career path to speak of,? he said. ?Career paths are a lot more random. You will spend a little time in this discipline, and then switch to this discipline. By and large students coming out of universities today won?t spend their entire career in one company. Skills like flexibility, patience, fortitude, and perspective around retrenching in a new place and building relationships matter as much and perhaps more than the technical skills they need.?