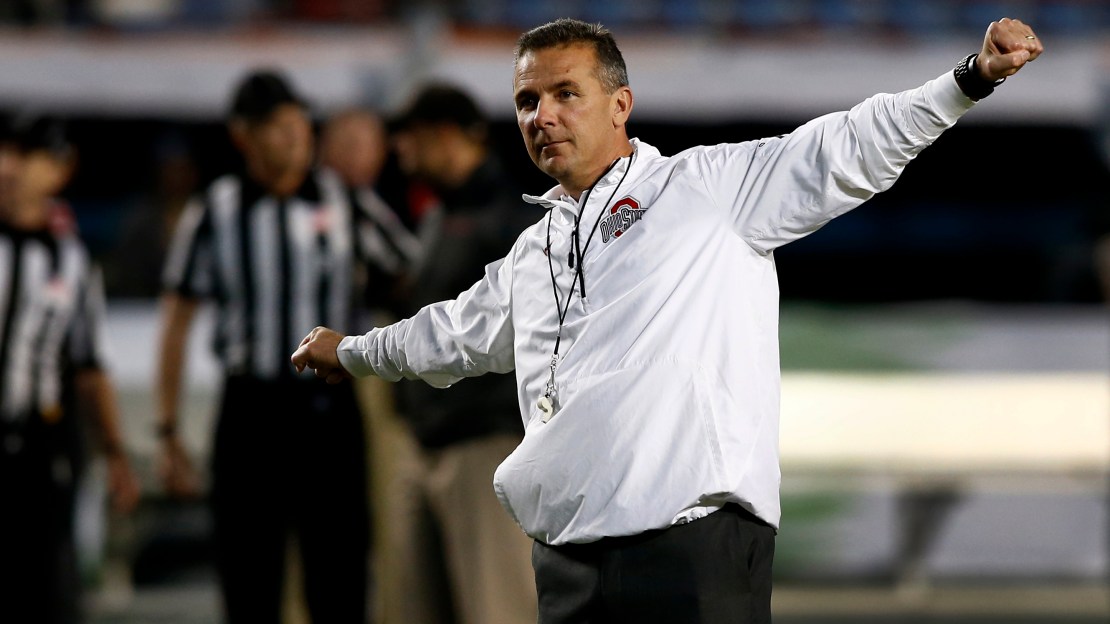 Before we get to the Maryland and Rutgers reaction, this is kinda neat: CBSSports.com had a draft, selecting the best college football programs in the nation. Ohio State was No. 2; Michigan No. 9; Wisconsin No. 18; Penn State No. 19; MSU No. 25; Nebraska No. 26.

My thoughts? Nebraska is WAY too low. And PSU should be higher. That?s all I?m gonna say about that.

Cleveland.com has a good Q&A with Rutgers writer Steve Politi. And, it appears the folks at the school are pretty excited about joining the Big Ten. Who can blame them? This is like hitting the lottery for Rutgers, which has a chance to build a strong athletic department. The possibilities seem endless.

Neither Rutgers nor Maryland are firing on all cylinders as they begin their Big Ten tenure, but they both have cause for optimism.

More Rutgers-Maryland: Will the arrival mean new rivals for Penn State? I would think so.

There's potential for either program to develop into a rivalry game that has been lacking for Penn State. The Nittany Lions had a forced rivalry with Michigan State that hasn?t really taken hold. My worry: Maryland and Rutgers will struggle to compete with PSU. Look at the all-time series. The Nittany Lions are 35-1-1 vs. Maryland and 22-2 vs. Rutgers.

Bob Asmussen of the Champaign News-Gazette takes a look at the additions of Maryland and Rutgers.

Why did the Big Ten want Maryland and Rutgers? Pretty simple: adding bodies. More specifically, Asmussen says, television sets. Two major metro areas are now a part of the Big Ten?s television footprint. You can argue that folks in New York City don?t care about college football. Maybe so, but now they have one of their own to root for. If Rutgers becomes a football power, count on the fans in New York to jump in. Full force. Maryland brings with it population strongholds in D.C. and Baltimore.

True, but Green needs to be more productive as a runner. Much will hinge on the o-line. Remember: Green arrived as the nation?s No.1 running back recruit, according to some services. Yes, pass protection is key, but Michigan needs to develop some teeth in the ground game.

"The student demand was strong and we reacted by not ending the sale at the set allotment," Brett Scarbrough, assistant athletic director for ticketing and premium seating, said in a release. "The additional seating in Ohio Stadium allowed us the opportunity to sell more student packages and to also have some inventory available for the single game sale."

Notre Dame is installing artificial turf in a move from tradition. ND also has a new deal with Under Armour, which is known for garish unis. Radical moves for a staid program. Would Penn State-ever consider making the move to fake turf? Or wearing stylish togs?

With James Franklin aboard, it seems anything is possible. But, golly, I don?t see it.

A cool video here of a Minnesota player catching two footballs while doing a backflip. Don?t try this at home, Junior.

More plaudits for Michigan coach John Beilein. Nik Stauskas says the offensive style of Wolverines? coach along with the talent around him in Ann Arbor helped him develop into a player who became the No. 8 pick in the NBA draft. Two years ago, no one could have seen all of this for Stauskas. Amazing.

Looks like there is a chance Michigan State?s Alex Gauna won?t be back next season. He?ll make up his mind in the fall.

According to the report, Tom Izzo said after the season that it was likely Gauna would move on. He became a father in mid-May and is finishing up his degree this summer. The two met last week, when they talked about him finding a job, among other things.

?I?m trying to help the kid get through what he?s got to get through, nothing bad,? Izzo said. ?But if he doesn?t (return), he?s just not playing. He?s graduating, he?s moving on.

?I told him let?s see if you come up with a job this summer and we?ll go from there.?