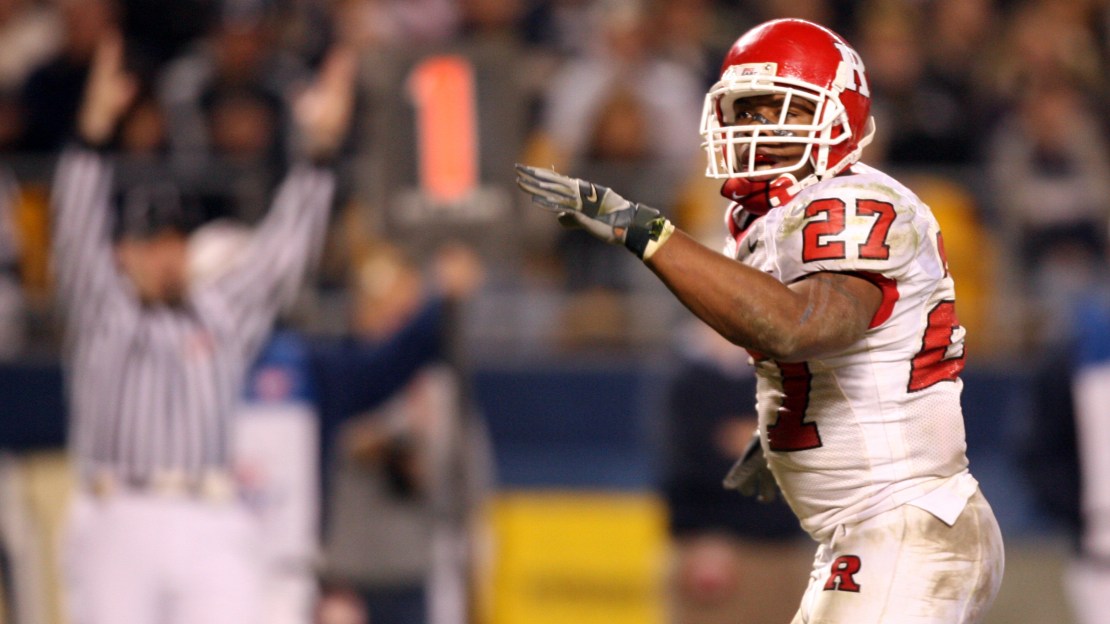 As a way of officially welcoming Rutgers into the Big Ten, let's take a look at some of thetop five moments in the Scarlet Knights? athletic history. See my top 5 list in this post.

2. The football team becomes national story in 2006. Rutgers raced out to an 8-0 start to set up a huge visit from Louisville on Thursday night national TV. The 15th-ranked Scarlet Knights knocked off No. 3 Louisville, 28-25, with kicker Jeremy Ito booting the game-winning kicking in the final minutes. Led by Brian Leonard, Ray Rice and Mike Teel, Rutgers went on to finish 11-2 and No. 12 in the polls.

3. Ray Rice, Rutgers record first bowl win. Also in that memorable 2006 football season, Rutgers won the school?s first bowl game. The Scarlet Knights dispatched Kansas State, 37-10, in the Texas Bowl. Ray Rice was game MVP with 170 yards rushing to cap a season in which he was Big East Player of the Year and finished seventh in Heisman voting.

4. Alexi Lalas helps soccer team make history in 1991. Lalas led the Scarlet Knights to the Final Four and its first No. 1 ranking ever. Lalas was named the nation?s top player, taking home the Hermann Trophy en route to becoming a national soccer figure.

5. Vivian Stringer leads Rutgers to 2007 national title game. A No. 4 seed, Rutgers made a memorable run to the national championship game. The Scarlet Knights lost to No. 1 seed Tennessee, 59-46, despite Kia Vaughn's 20 points and 10 rebounds. In the end, Rutgers made too many mistakes (18 turnovers).