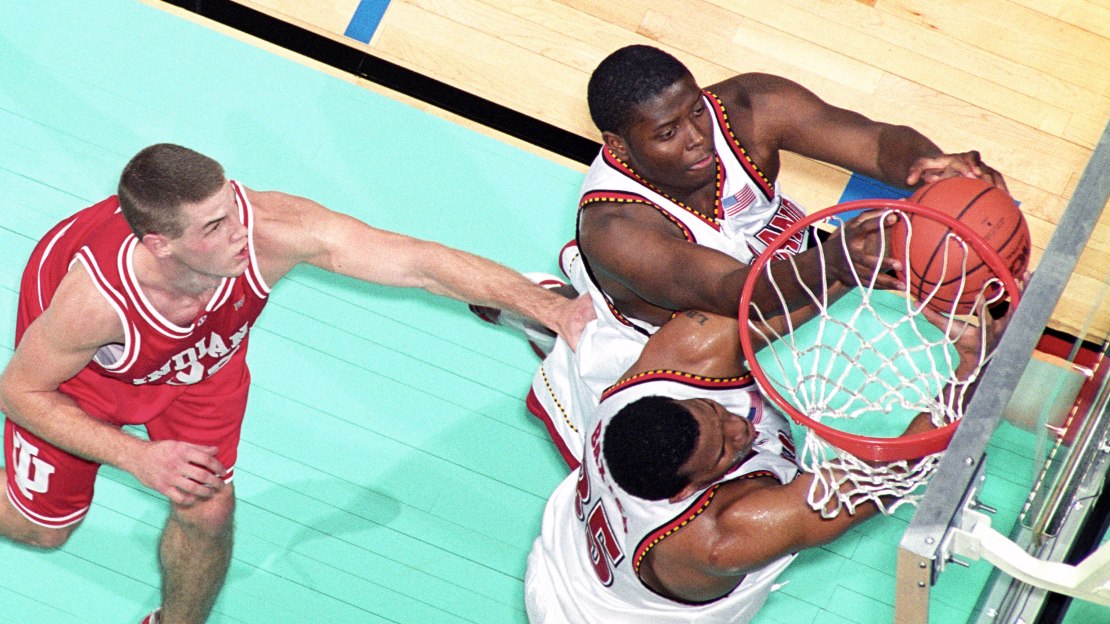 As a way of officially welcoming Maryland to the Big Ten, I thought we'd relive some of the top moments in Terrapins? sports history. Here is my top 5 list, headlined by the men's basketball title over Indiana.

1. Beating Indiana for the NCAA basketball title in 2002. The squad was led by Lonny Baxter, Steve Blake, Juan Dixon and Chris Wilcox, and it finished the season with a sparkling 32-4 record en route to its first and only basketball title.

2. The epic comeback at No. 6 Miami (Fla.) in 1984, when Maryland roared back from a 31-0 halftime deficit. The Terrapins, behind Frank Reich, outscored the defending national champion Canes, 42-9, in the second half to take a wild 42-40 victory vs. Bernie Kosar and Co. It was the biggest comeback in NCAA annals. Reich would go on to lead the greatest comeback in NFL annals with a memorable win for the Bills vs. the Oilers in a 1993 playoff game, rallying Buffalo from a 35-3 hole to a 41-38 win.

3. Winning the 1953 football crown. Maryland?s first season in the ACC was a memorable one, as it won its first and only national title. The Terps didn't just beat the opposition, they outscored foes 298-38 and notched six shutouts en route to QB Bernie Faloney winning conference player of the year and Jim Tatum claiming ACC coach of the year. The Terps went on to lose the Orange Bowl to Oklahoma, but national championships were awarded before the bowls in those days.

4. Maryland?s Final Four run in 2001.  This squad set the table for the push to the national championship the next season. Led by Terence Morris, Juan Dixon and Lonny Baxter, this edition of the Terps led Maryland to its first Final Four ever. But once there, the No. 11 seed Terrapins fell to No. 1 Duke. Still, this was a breakthrough squad for Gary Williams and the Terrapin program.

5. Finishing unbeaten and No. 3 in the polls in 1951. Maryland shared the Southern Conference title with VMI, capping a 10-0 season with an upset over No. 1-ranked Tennessee in the Sugar Bowl. At the time, however, the wire services released final rankings before the bowl games and Maryland finished third in the Associated Press poll.