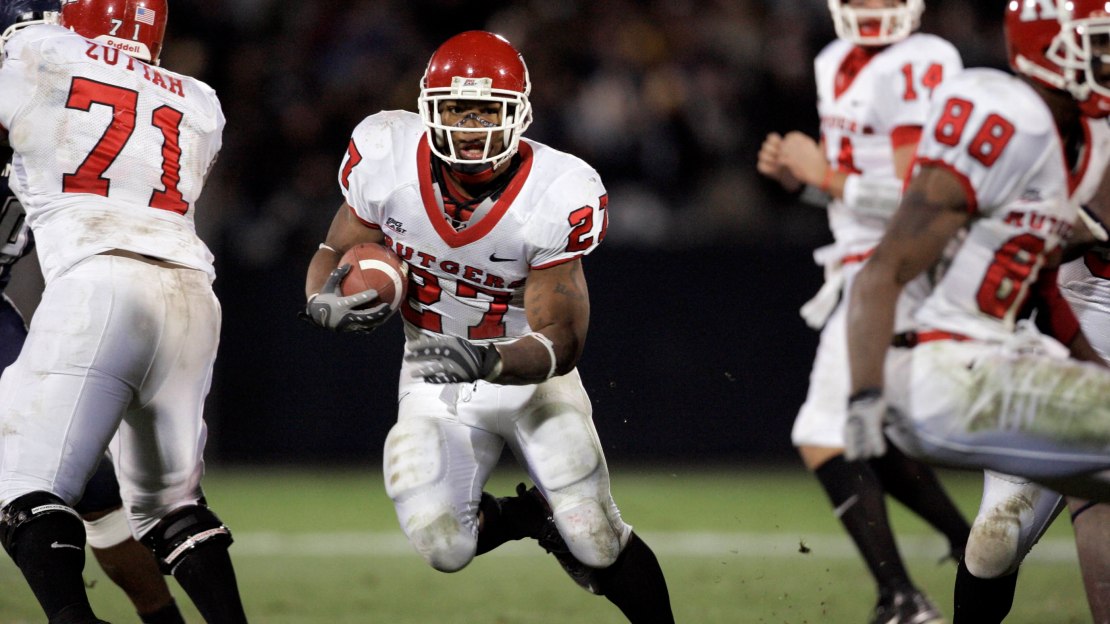 With Rutgers officially becoming a member of the Big Ten, it?s time to become familiar with some of the program?s football history. Here?s a look at my top 10 all-time best Rutgers players.

1. Ray Rice (2005-07). Rice was the face of Greg Schiano era, a true workhorse and big-play back who helped bring the program to a national stage. He established a Big East and Rutgers single-season record with 1,794 yards rushing in 2006 in addition to ranking fifth nationally in scoring. Rice garnered numerous awards for his standout season. He followed that with a 2,000-yard season before leaving a year early for the NFL.

2. Paul Robeson (1915-19). A true Renascence man, Robeson was an accomplished actor, singer and civil rights activist in addition to his football exploits. He was just the third African-American ever enrolled at Rutgers, earning All-American honors and serving as class valedictorian. In many ways, he transcended the sport.

3. Alex Kroll (1961). He took a rather circuitous path on his way to Rutgers stardom. The 6-2, 228-pound center excelled for two seasons at Yale before serving two years in the Army. After forming a friendship with 1957 Scarlet co-captain Art Robinson at Fort Campbell, Ky., Kroll transferred to Rutgers. An AP first-team All-American in 1961, Kroll was regarded as the finest center in the nation.

5. Bill Austin (1956-58). Not blessed with great size at 5-11, 170, Austin notched 2,073 yards rushing and scored 204 points. He was a prototype single-wing tailback for his era. His 32 career touchdowns rank second in Rutgers annals. And he had 13 interceptions, which is one short of the all-time record.

7. Brian Leonard (2003-06). Among other standards, Leonard finished his career ranked fourth all-time in rushing yards (2,775) and rushing touchdowns (32), and sixth all-time in receiving yards (1,864). He was a bright spot in the building years of the Greg Schiano era, a tough and versatile fullback-halfback who do it all.

8. Howard Talman (1913-15). He was one of the school?s first stars, earning Walter Camp All-American honors at three different positions-guard, halfback, fullback. Talman also was a standout in track and field.

9. Kenny Britt. (2006-08). Ranked a four-star prospect by Rivals.com, Britt spurned numerous schools to stay home and star for Rutgers. He started the moment he got to campus and went on to an All-American career as perhaps the top wideout in school history.

10. Mike Teel (2004-08). He was part a 2006 team that launched Rutgers to a 9-0 start and national prominence. Teel struggled at the outset of the 2008 campaign by throwing seven interceptions over his first six games as the Scarlet Knights stumbled to a 1-5 record. But the fifth-year senior rallied and led Rutgers to six straight wins to close out the season along with a fourth straight berth in a college bowl game.