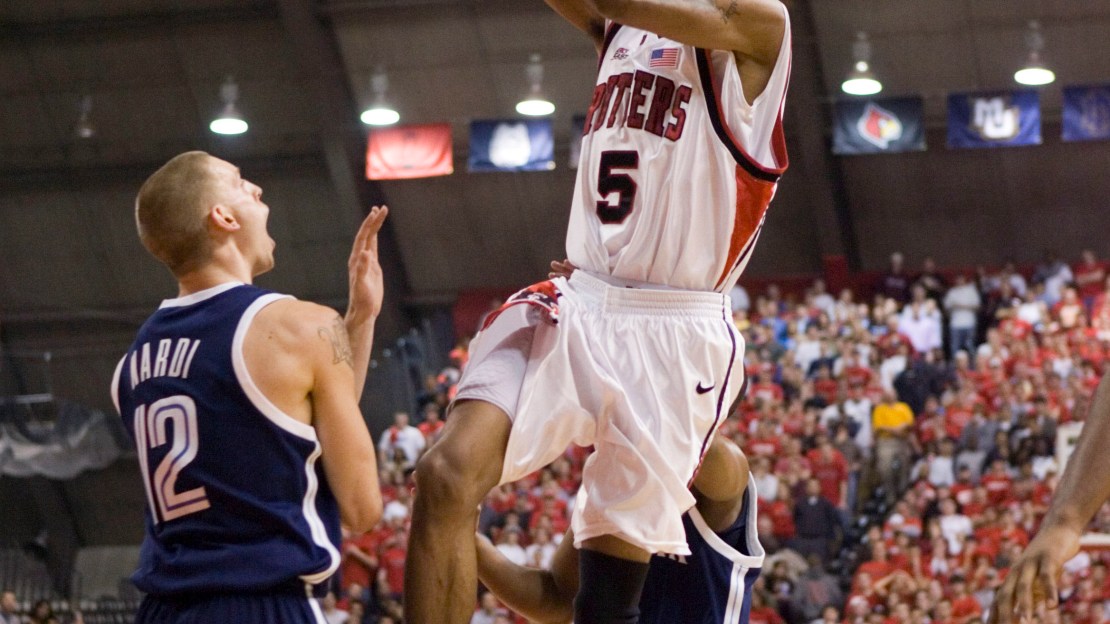 With Rutgers officially joining the Big Ten, we're providing a look at the school's history across basketball and football. Here, I take a look at the top 10 basketball players in school annals.

1. Phil Sellers (1972-76). Initially headed to Notre Dame out of high school, Sellers instead landed at Rutgers and helped the team to the 1976 Final Four, considered the greatest team in school annals that took a 31-0 mark into the Final Four. Sellers still is the school?s all-time leading scorer and rebounder.

2. Bob Lloyd (1864-67). He became the Scarlet Knights' first First-Team All-American and still holds the school record for career scoring average (26.5 ppg). As a senior in 1966-67, Lloyd led NCAADivision I in free-throw percentage (.921). He also helped Rutgers to its first postseason tourney, the 1967 NIT.

4. Quincy Douby (2003, 06). A prodigious scorer, Douby was named to the All-Big-East team as a junior when he led the conference in scoring with 25.4-point average to become the first Rutgers player to pace the Big East in scoring. In addition, he broke the all-time single-season scoring record at Rutgers.

5. Roy Hinson (1979-1983). The 6-9 Hinson was a first-round pick in 1983 after a standout career at Rutgers, helping it to the 1983 Big Dance. He netted Atlantic-10 Player of the Year honors in 1983 and developed a rep as a top shot blocker. The New Jersey native was an active force in the paint who also could play facing the basket, averaging 14.2 points during an eight-year NBA career.

6. Eddie Jordan (1973-77). As a point guard, Jordan was a driving force behind Rutgers? march to the 1976 Final Four. Jordan enjoyed a solid NBA career before becoming a Rutgers assistant and head coach of three NBA teams. He is the team?s current coach.

8. Mike Dabney (1972-76). He helped Rutgers advance to the aforementioned Final Four in 1976. Dabney was an honorable mention All-America guard who had a knack for turning steals into fast-break layups. He was a third-round pick of the Lakers.

10. Kelvin Troy (1977-81). He tallied over 1,000 points in his Rutgers career and has coached overseas. Troy, a skilled player off the dribble who could come off screens as a shooter, was picked by the Bucks in the 1981 draft.