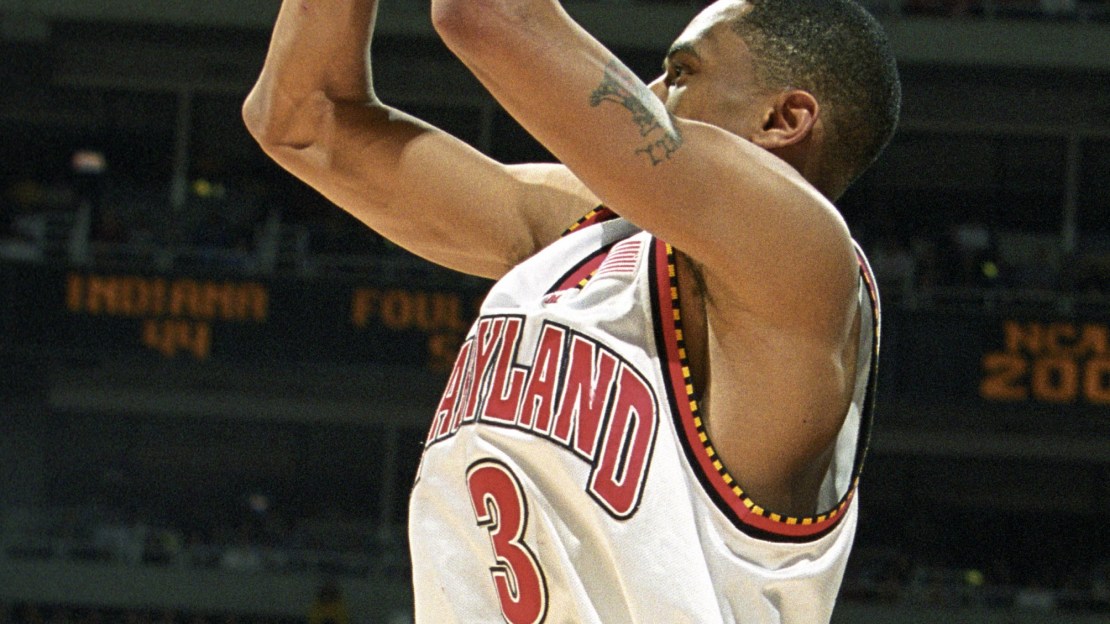 With Maryland officially joining the Big Ten, we're providing a look at the school's history across basketball and football. Here, I take a look at the top 10 basketball players in school annals.

1. Juan Dixon (1998-2002). The school?s all-time leading scorer, Dixon?s highlight was leading the Terps to the 2002 national championship. An emotional and gutsy leader, Dixon averaged 16.1 points and was an All-American and ACC Player of the Year in 2002.

2. Len Bias (1982-86). He tallied 2,149 points and averaged 23.2 points his final last season in College Park. Bias was named ACC Player of the Year twice and was a first-team All-American in 1986, when he was the second player selected before his untimely death that rocked the sports world.

3. Joe Smith (1993-95). He wasn?t highly regarded coming out of high school but developed in a national player of the year who was the No. 1 pick in the NBA draft. Smith averaged 20.2 points and 10.7 rebounds and helped revive the program.

4. John Lucas (1972-76). He was a three-time All-American who was adept at creating his own shot. Lucas went on to be the No. 1 pick in the 1976 draft after averaging over 19 points each of his final three seasons.

5. Tom McMillian (1971-74). A savvy lefty, McMillian was nifty in the lane with an array of moves topped by a soft touch. He also was smart, evidenced by the fact he was a Rhodes Scholar in addition to being a 1972 Olympian and three-time All-American who averaged 20.5 points and 9.8 rebounds during his three-year career.

6. Walt Williams (1988-92). A key player who stayed even though the school was put on probation during his tenure, Williams enjoyed a monster senior season by averaging 26.8 points and 5.6 rebounds, 3.6 assists and 2.1 steals en route to earning All-American honors. He was the epitome of a smooth operator.

8. Albert King (1977-81). King was a two-time All-American who netted ACC Player of the Year accolades in 1980 when he averaged 21.7 points. King was renowned for his sweet jumper, as he had a knack for getting open and making opponents pay.

9. Len Elmore (1971-74). He was honored as one of the 50 greatest ACC players ever. Enough said. Elmore was a force in the paint and is still the all-time leading rebounder in school annals. Elmore was part of one of the greatest Terps teams in history in 1973-74, playing with John Lucas and Tom McMillen on a team many consider the best never to make the NCAA tourney.