Get to know Maryland's Byrd Stadium 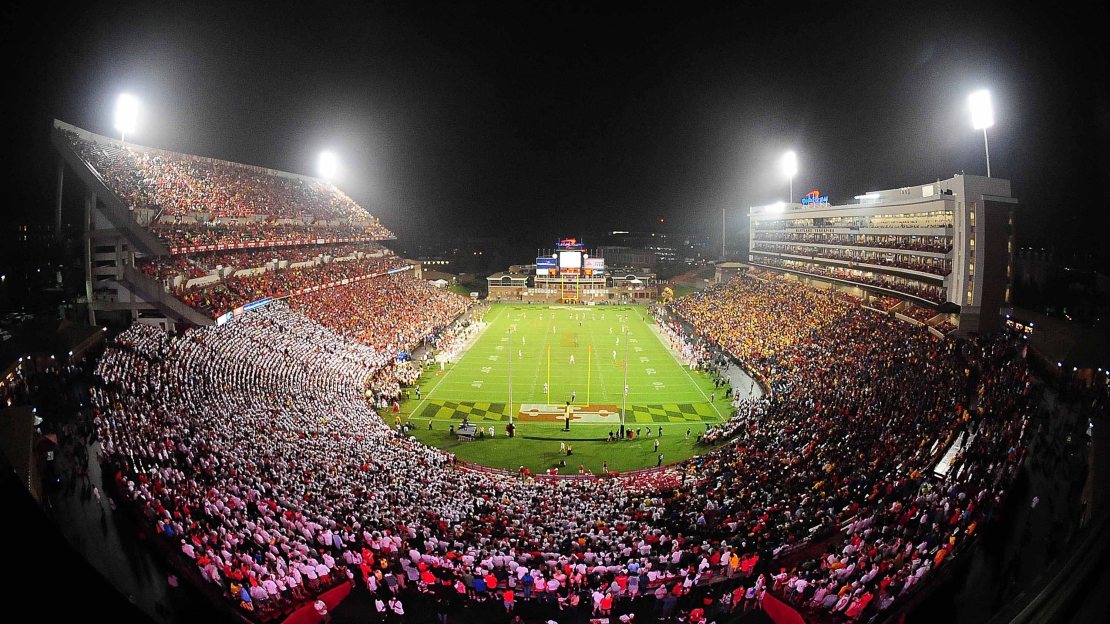 Maryland calls Byrd Stadium its home, and it has since 1950. A couple fun facts: The stadium played host to the 1953 national champions; and the attendance record (58,973) was set vs. another future Big Ten member, Penn State, in 1975. Learn more about the Terps' home in this post.

1950: Constructed at a cost of $1 million. The original capacity was 34,680, but could be boosted to more than 50,000 with temporary bleachers around the rim of the stadium.

1950: Stadium hosted its first and only bowl game, the Presidential Cup Bowl, which featured Texas A&M and Georgia.

1953: Byrd is home to the national champion Terrapin football team.

1985: The Terps, ranked No. 1 in the preseason by Sport magazine, set the then all-time school home attendance record, averaging 49,385 for five games.

1994: Following the end of the football season, renovations continued with the addition of an upper deck.

2001: The eventual ACC Champion Terps posted a 7-0 record at Byrd Stadium, besting the 6-0 home mark most-recently accomplished by the 1976 team.

2008: A $1.2 million state-of-the-art scoreboard is installed prior to the regular season.

2009: A $50.8 million expansion project is completed, and the name of the facility is changed to Capital One Field at Byrd Stadium.

— umterps.com contributed to the information above. Get more Byrd Stadium facts.