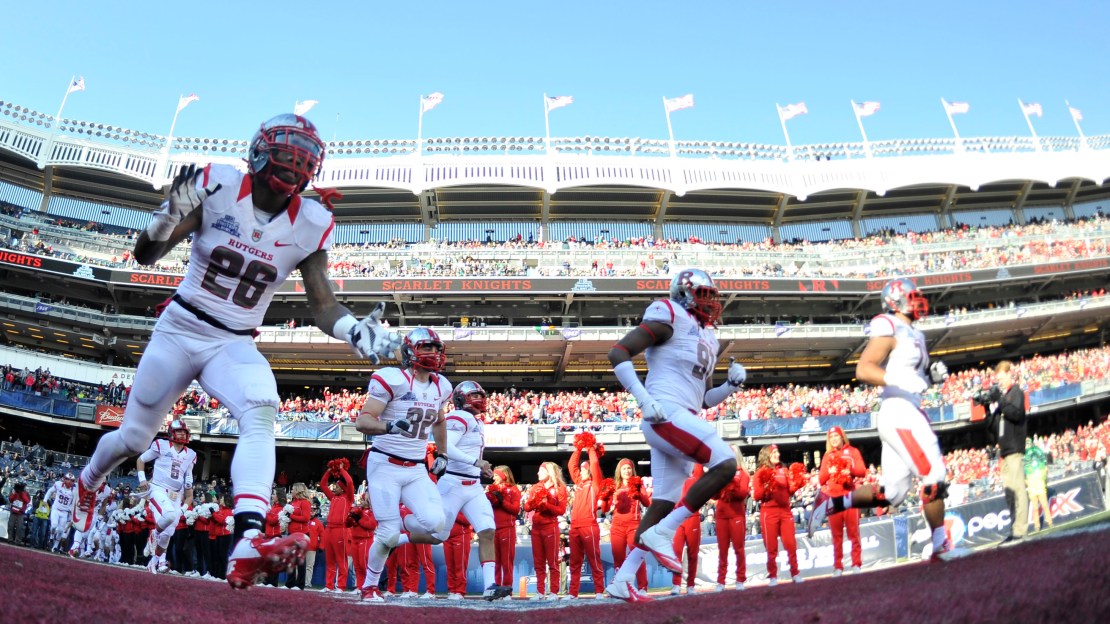 Rutgers is about to become an official member of the Big Ten, so we figured we would share some of our favorite Scarlet Knight Twitter handles with our Big Ten fans. See our full list in this post. Did we forget one? Feel free to add a handle in the comment section at the bottom of this post.

The Rutgers marching band is set to make another national appearance! Lookout for the Marching Scarlet Knights tomorrow on @GMA @ABCNetwork

Spring Ball #1 is in the books. Who did @KyleFloodRU think stood out? Watch here to find out: http://t.co/bZnseOyXVx #R15Days

Heads up. I will be shaving mine Sunday during the @BaseballRU fund raiser to fight childhood cancer. Please donate: http://t.co/GixV1dk8Wa

Handle: @RUScarletKnight
Bio: Official Twitter of the Scarlet Knight mascot! The best Knight in all the land; the face of Rutgers University! DM to have me appear at your next event!
Followers: 4,642

HEY SCARLET KNIGHT FANS! I'm working on a special little project and I need you all to send me ANY and ALL selfies you have with me! ?

[ MORE: Get all of our Maryland & Rutgers welcoming coverage ]

Check out the images from the opening day of @RFootball spring practice – http://t.co/Q1GWEe2GFz #CHOPNation

Rutgers' spring game crowd was down 9,500 from last year and the smallest in the past six years: http://t.co/LiT0sd048M

I covered Stringer for 3 yrs & have a ton of respect but her claiming a national title if RU wins WNIT is ridiculous. http://t.co/VmyOpU4WZ7

If Adreian Payne's long arms allowed him to dunk from the 3-point line, would it count for 2 or 3 points?

I once added 33 pounds like Myles Nash did in a similar time frame while in college, but that weight looked A LOT diff. than his does lol

Handle: @Tyler_Barto
Bio: Covering Rutgers football for The Trentonian. The U. of Daily Targum. The Autumn wind is a Raider.
Followers: 698

Four players commit to #Rutgers over the past three days; Willington Previlon and Rashad Blunt the latest #CHOPNation http://t.co/rhhWUVvxQ9