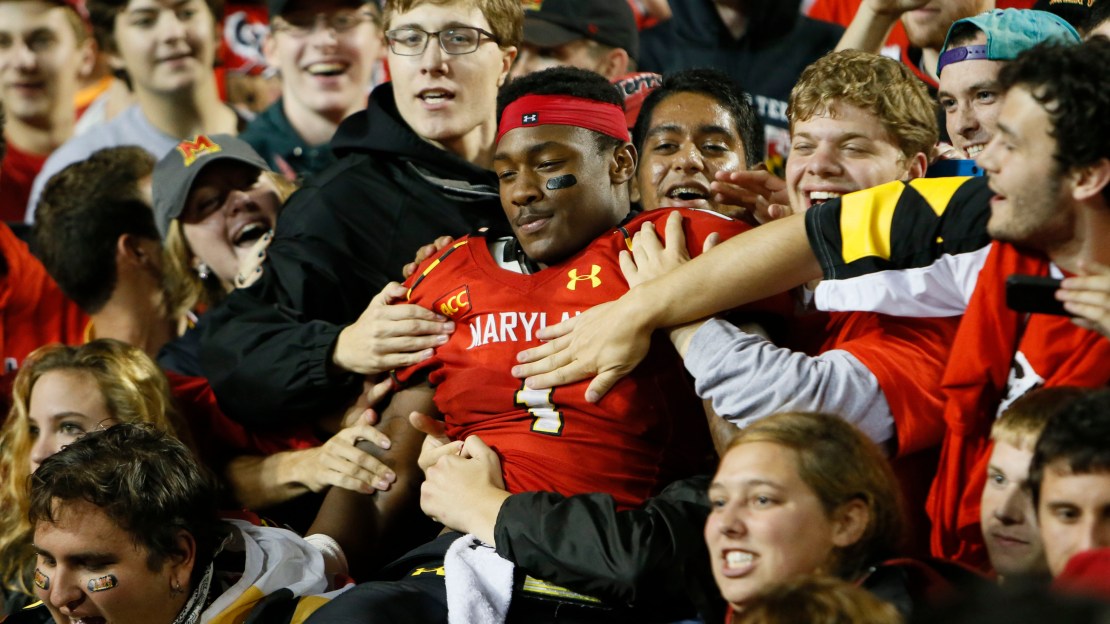 Maryland is about to become an official member of the Big Ten, so we figured we would share some of our favorite Terp Twitter handles with our Big Ten fans. See our full list in this post. Did we forget one? Feel free to add a handle in the comment section at the bottom of this post.

"You don't coach an athlete, you coach a mind"_John Ralston

Freshman center Trayvon Reed will miss 8-12 weeks with fractured ankle — will be back prior to season http://t.co/ek7v56mDJB

Congrats to Gregg Popovich & RC Buford on winning another @NBA title! Both were on the coaching staff at Kansas in 87 when I played #winners

Former #Terps star Len Bias passed away 28 years ago today. His time at Maryland, captured by the AP: http://t.co/lgQAPSYlDG (PHOTOS)

Franklin's boast that other schools in region "don't have a chance" was made to boosters.It was red meat for the hungry fan base, that's all

[ MORE: Get all of our Maryland & Rutgers welcoming coverage ]

Maryland is one of just 3 schools to secure a top-10 Capital One Cup finish for men's and women's athletics http://t.co/7LYmQR4dom

In terms of basketball, Maryland basketball is on a different PLANET when compared to Rutgers. Maryland's 2001-2002 season > Rutgers bball

Flipping through the channels, see Space Jam is on and have a revelation: Mark Turgeon looks like Paul Westphal circa 1996 on the sideline.

Handle: @TerrapinSports
Bio: Your No. 1 source for Maryland football, basketball and recruiting news and scoop. Proud member of the @Rivals and @YahooSports Networks. #TerpNation
Followers: 550

TSR has confirmed the #Terps will have an out-of-state three-star football visitor on campus tomorrow, find out who: https://t.co/pM5iUeZfKq

For those saying I cursed #Terps hoops in 1st year on beat, I'll say only year I covered the #Eagles they went 4-12 & Andy Reid got fired…

Worth noting: Phil Steele ranks the #Terps at #35 in his pre-season Top 40. Diggs and Long both part of his All-B1G First-Team.