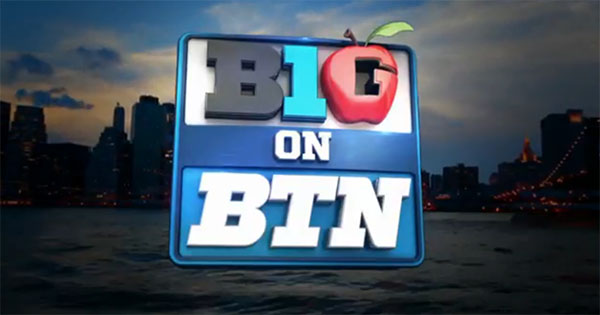 BTN threw an exclusive party at Cipriani in New York Thursday for 1,000 alumni and friends of the Big Ten that featured some of the conference?s best-known celebrities along with mascots and cheerleaders.

We were there to celebrate the Big Ten?s expansion to the East Coast as well as increased distribution for BTN.

On Wednesday, BTN President Mark Silverman told reporters that Comcast will carry BTN on a broader level of service in New Jersey and Maryland, joining Time Warner and Cablevision in expanding the network?s availability. BTN is expected to have more than 60 million subscribers nationwide by kickoff of the 2014 football season.

And they cheered for the five Heisman Trophy winners who attended: Eddie George, Ron Dayne, Mike Rozier, Johnny Rodgers and Eric Crouch. Fans could take photos with the Heisman, Rose Bowl and Big Ten Football Championship trophies, and post selfies using the hashtag #ThinkB1GNY that were displayed on the big screen.

BTN lead studio host Dave Revsine was the night?s emcee, and Mekka Don, who played football at Ohio State and previously was a corporate litigator, sang ?Big Ten: Lay it on the Line,? which he created for the 2014 Big Ten Men?s Basketball Tournament.

We thought you?d like to see the video that kicked off the night. Enjoy!