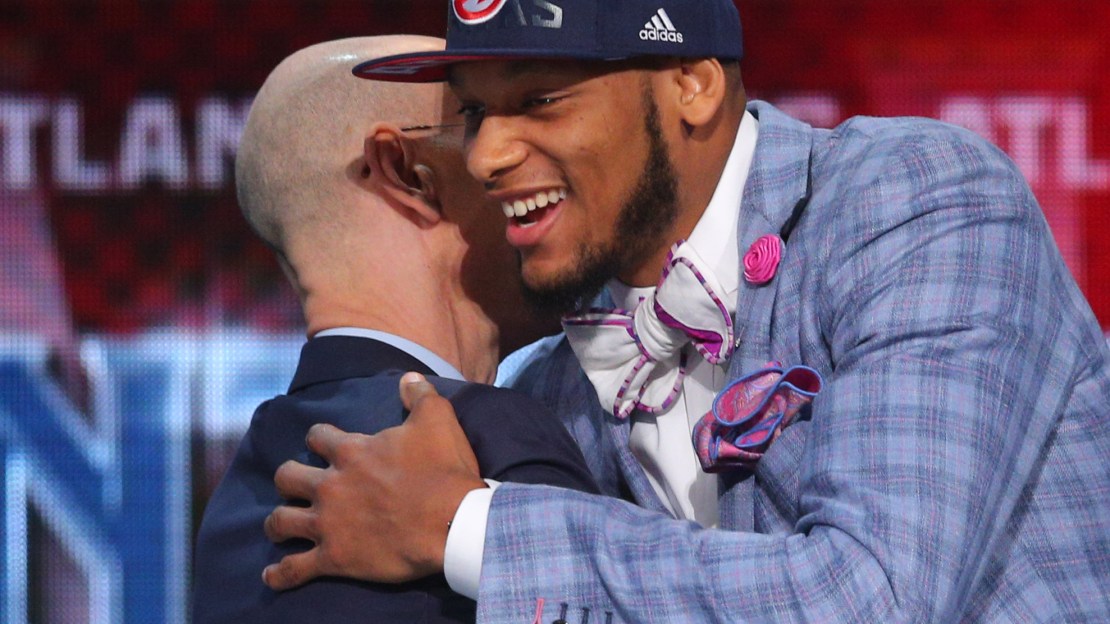 Former Michigan State standout Adreian Payne is now a member of the Atlanta Hawks. But, as Payne makes the transition from college to the NBA, there is one memory he vowed to hold on to during this process: Lacey Holsworth.

Payne honored the late Holsworth by embedding her nickname, Adorable Lacey, into the suit coat he wore to Thursday night's NBA draft. The pink lining had significance, too, as it matched the color of the bracelet Payne wears to remember Holsworth.

Holsworth, the 8-year-old MSU super fan who formed a genuine relationship with Payne two years ago, lost her battle with cancer this past April.

Lacey's mother, Heather, was one of Payne's guests at the draft. When Payne was asked what Lacey would do if she was at the draft, he responded, "She would definitely give me a big hug and tell me she loves me."