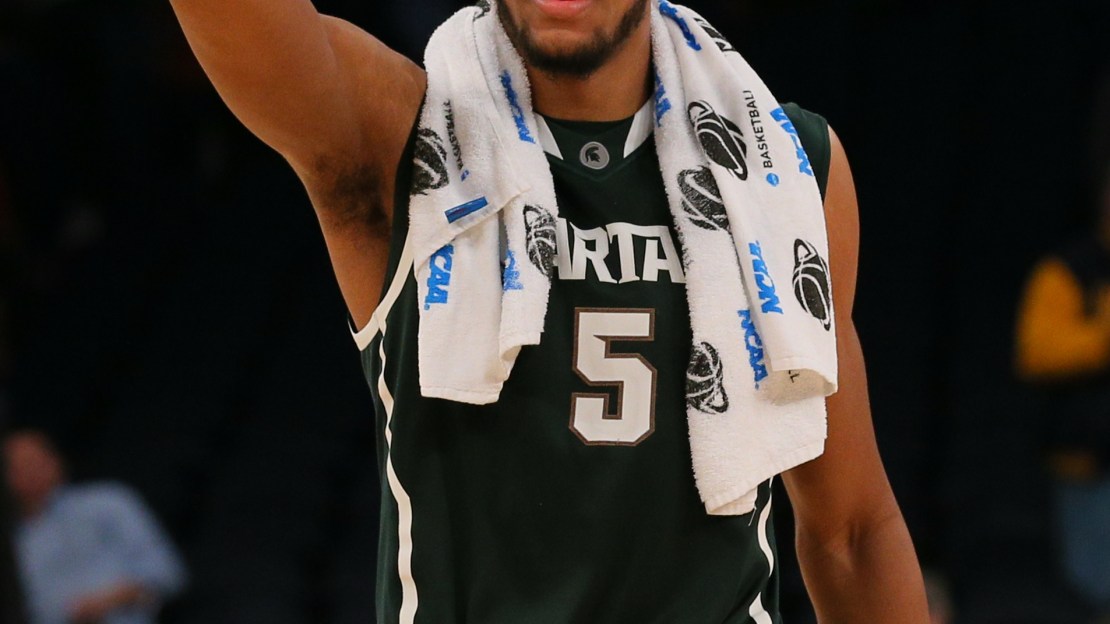 It's almost time for the NBA draft, and I wanted to get creative and ask Big Ten fans where they want their favorite Big Ten players to land. The consensus is that Indiana's Noah Vonleh, Michigan's Nik Stauskas, and Michigan State's Gary Harris and Adreian Payne are all first-round locks. Michigan's Mitch McGary and Glenn Robinson III could also be first-round selections. But where will these former Big Ten stars call home?

Here is a look at the responses we got, as well as where several NBA experts have thesm landing.

This should be fun.

Chad Ford, @chadfordinsider, ESPN: No. 4 overall, Orlando Magic – "Vonleh has intrigued them ever since having a stellar workout. His ability to stretch the floor and his ability to protect the rim make him a very good fit next to Vucevic. I think Vonleh has the edge, but it's very close."

@BTN_Indiana @IndianaMBB Even though he didn't play with @VicOladipo at IU, it would be cool to see them play together.

Marc Spears, @SpearsNBAYahoo, Yahoo Sports: No. 14 overall, Phoenix Suns – "Stauskas is regarded as the draft's best shooter. The Suns have been linked to Stauskas since draft talk began heating up."

Chris Mannix, @ChrisMannixSI, Sports Illustrated: No. 11 overall, Denver Nuggets – "Harris is undersized but a rugged defender who struggled from the perimeter last season. If he can rediscover the shooting stroke from his freshman season, he could be a steal."

@BTN_Michigan_St @MSU_Basketball It will be the #Pistons I believe they will go back into the 1ST round to get Garry Harris or Payne.

Sean Deveney, @SeanDeveney, Sporting News: No. 14 overall, Phoenix Suns – "Payne is a four-year player, and that no doubt hurts him in the draft. But he is a polished shooter and an ideal stretch-4. He suits the Suns? style perfectly. Rodney Hood is the other big possibility here."

Phil Ervin, @PhilErvin, Fox Sports: No. 20 overall, Toronto Raptors – "In a draft class riper at the center position, McGary could me more of a high second-round possibility. But because it's not, and because Jonas Valanciunas can't play 48 minutes per game, McGary makes sense at 20 for Toronto."

Gary Parrish, @GaryParrishCBS, CBS Sports: No. 39 overall, Philadelphia 76ers – "Robinson is another Michigan player whose NBA stock dropped in his first season without Burke. There's probably a connection there."