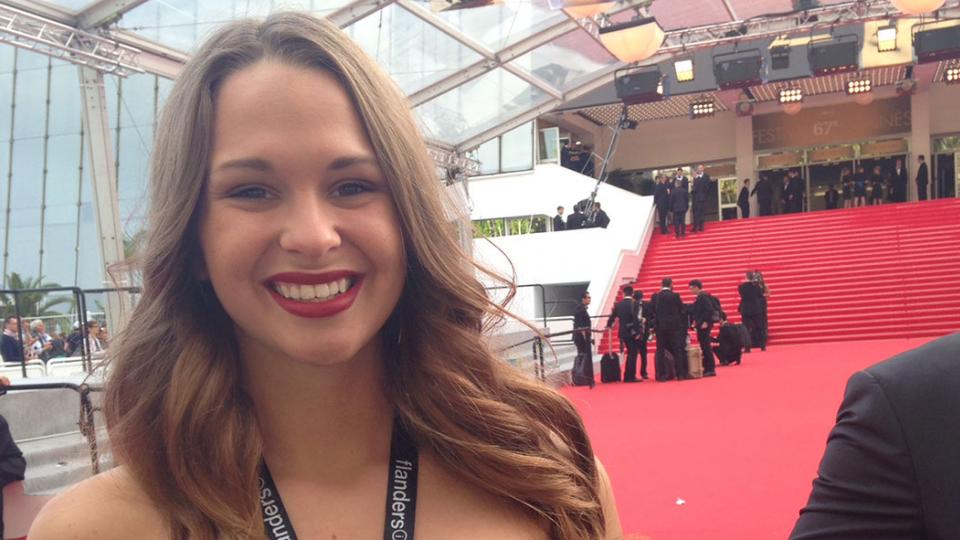 In Hollywood, money makes the world go around and confidence is king. And, when the opportunity is presented for industry insiders to hang out in an atmosphere like the French Riviera, the business side of film can take over.

But at the Cannes Film Festival, art is still celebrated. And one University of Nebraska student took advantage of the opportunity of a lifetime to prepare for her future. Aliza Brugger, a film studies student at UNL, was one of a select group of interns who travelled to the elite event earlier this summer. What set Brugger?s experience apart, however, was that her directorial debut was among the films screened at the festival.

?The Pursuit of Happiness? is seven minutes long, and examines a group of people who wait for external forces to influence their happiness. As Brugger says, the plot was ironic.

?I kept telling myself that I?d write a movie after I graduated or once I had enough money,? she said. ?But why wait??

Several thousands of short films are submitted each year for consideration by the festival; Brugger?s was one of 31 selected for screening through the American Pavilion, the center of activity for the American film community at Cannes.

Just having a film accepted Cannes is an enormous accomplishment; Brugger and another student, Collin Baker, are the first two UNL students to have films screened at Cannes. But the experience educated Brugger about more aspects of the film industry than just writing, directing and acting.

?My experience in Cannes was so eye-opening that I?m re-evaluating where I?m going to live after I graduate,? she said. ?I was certain I was going to move to LA - and that?s still a possibility - but I?ve met so many people from Chicago and New York City? there are so many more options that I didn?t know about.?

Brugger grew up on a farm in a small town in Nebraska, but has always felt called to use creativity to make an impact on the world. When she graduates, and wherever she decides to move, her goal is to use film to bring social issues to light.

?I?m interested in voices that are usually brushed under the rug be heard, and bringing them to light,? she said. ?In high school I started reading a lot of books about the Middle East and kept thinking ?If people knew about these problems they would want to help.? That?s when it clicked that making movies could expose more people to the issues, and they could do something.?

One specific interaction in Cannes encouraged Brugger as she begins the production of her second film, which is set to start filming in July.

?One producer I spoke with was at the festival pitching his film,? she recalled. ?He said my film made him think a lot. I have a lot of people who say they like the film - who say it?s funny or sad - but I haven?t had as many tell me it made them think. That?s the core of what I believe film should do: make people think.?

After having a film accepted at Cannes while still an undergraduate student could make some over-confident heading into their senior year. And, as the cliché reminds us, arrogance and self-awareness seldom go hand in hand. For Brugger, senior year is just another opportunity for a quality education; rather than accept her diploma a semester early, she plans on spending a full year in Lincoln expanding her horizons even more.

?I?m not naïve; I know there?s a lot to learn still,? she said. ?Part of film making, especially when I?m making them about social issues, is that I have to read and learn constantly. I?m going to pick up an ethnic studies minor, and I?m really excited about that."