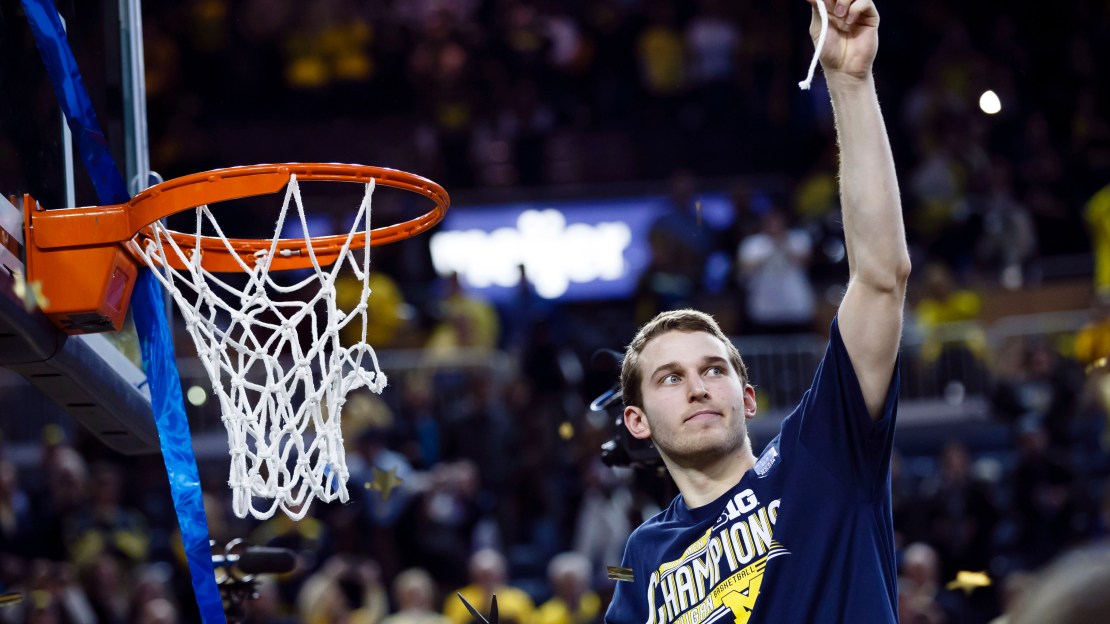 Get your popcorn ready, ladies and gentlemen. The 2014 NBA Draft is hours away, and there are a number of Big Ten prospects who will their name called on Thursday night in the Big Apple. Noah Vonleh, Gary Harris and Nik Stauskas are said to be 'lottery locks," but lets go ahead and go deeper in the rankings.

The BTN.com team combined their hoops knowledge to bring you our top 10 Big Ten prospects in the NBA Draft.

[ MORE: Get all of our NBA draft coverage | Track the draft Thursday night ]

1. Noah Vonleh, PF, Indiana: This draft is loaded with talented power forwards, but not one of them has the length/wing span of Vonleh. In addition to leading the conference in rebounding last season, Vonleh also has the ability to score both inside and outside, which should only help his draft stock. It would be shocking to see this guy fall out of the top 5 picks in Thursday's draft.

2. Nik Stauskas, SG, Michigan: Arguably the top shooter in this draft, Stauskas is a guy who can come in and contribute right away for an NBA club. His improvement from his freshman to sophomore season shows that his game is still growing, which is something that NBA GM's love to see. At 6-7, Stauskas has ideal size for an NBA 2-guard and has a cockiness to his game that seems to make him even better.

3. Gary Harris, SG, Michigan State: Harris is one of the most multi-talented players in this year's NBA Draft class. He is a lights-out shooter from long range, he can create his own shot by driving to the basket, and he makes up for his lack of size with his outstanding defensive instincts.

4. Adreian Payne, PF, Michigan State: A 6-10 power forward who can shoot it from NBA 3-point range, Payne is a rare breed in today's NBA game, and one that is certainly desired. This is a guy who played four years at Michigan State under Tom Izzo and consistently got better every year. Yes, he's old for NBA rookie standards, but Payne is someone who has the size and skill-set to come in and make an immediate impact.

5. Glenn Robinson III, SF, Michigan: When it comes to the top athletes in this year's draft, this guy is certainly near the top of that list. Robinson lacks consistency to his game, which is the main factor holding him back from being a top-1o selection. Once this kid is able to put it all together, watch out. He is a phenomenal talent.

6. Mitch McGary, PF, Michigan: There are plenty of questions surrounding the former Wolverines big man after he missed the majority of the 2013-14 season with a back injury. Although we have only seen a small sample size, we do know that McGary is a big-bodied guy who can run the floor, play defense and rebound at a high level. He is a great value pick for an already established team looking to add a role player late in the first round.

7. Roy Devyn Marble, SG, Iowa: Marble is a solid shooter and has good size, but he needs to add some bulk to his frame if he is going to carve out a role in the NBA. If he can build more strength and continue to work on improving on the defensive end, he has the skill to be a solid role player in the NBA for years to come.

8. LaQuinton Ross, SF, Ohio State: Ross surprised some people when he announced he was bolting early from Ohio State for the NBA. He is a lengthy do-it-all forward who has a nice inside-outside game, but like Robinson, he lacks consistency at times.

9. Keith Appling, PG, Michigan State: A senior guard who is really crafty, Appling is a good value late in the draft. He is a tough kid who has the ability to change speeds and get past people on his way to the rim. Appling dealt with multiple injuries throughout his senior season, which hurts his draft stock, but this kid still has the skill to find a spot on an NBA roster.

10. Aaron Craft, PG, Ohio State: Not a traditional NBA point guard, Craft if limited offensively, but he makes up for that with his toughness and defense. His constant hustle and positive attitude make him a joy to coach, which, along with his high basketball IQ, should help him find a spot on an NBA roster in 2014. A four year player at Ohio State, Craft is a guy who you can't stand to play against, but would love to play with!