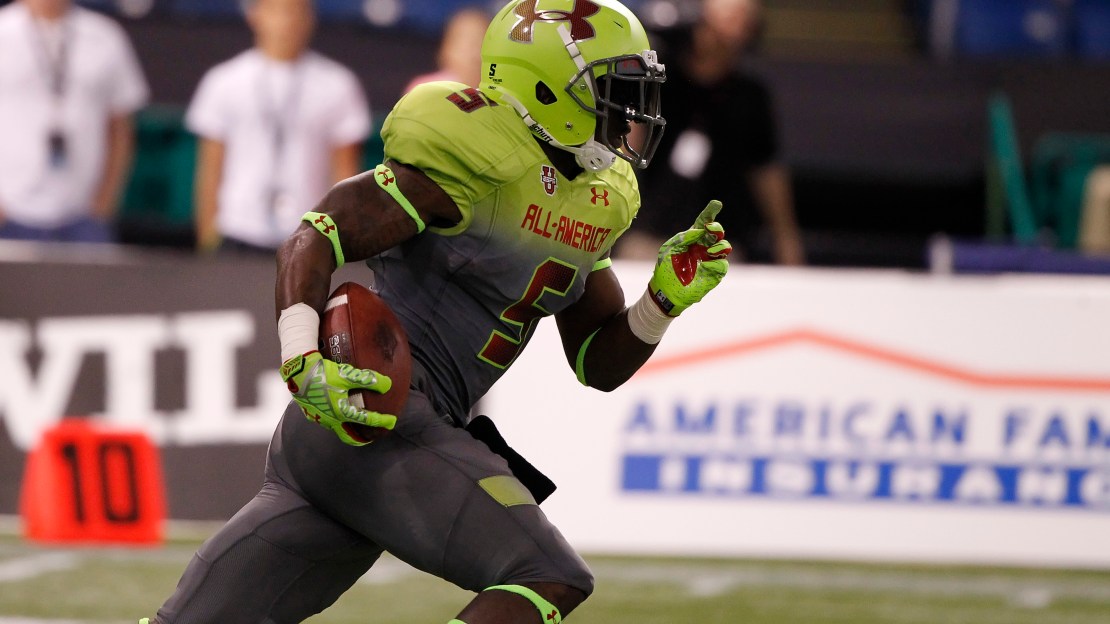 Will incoming freshman phenom Jabrill Peppers play both ways for the Michigan Wolverines in 2014? That's the million dollar question that seems to be on every Michigan fan's mind. Fortunately, it looks like we may have an answer… soft of.

Bonnie Bernstein, of Campusinsiders.com, recently sat down with Michigan football coach Brady Hoke and asked him about Peppers' chances of playing both ways, as well as several other enticing questions.

Check out the full interview here:

When Bernstein asks Hoke about the chances of Peppers playing both ways, he let's out a brief smirk.

"We'll see, we'll just see," Hoke says. "Believe me, I got a new offensive coordinator that wants to see him play tailback."

Hoke goes on to say that Peppers will likely start off as a nickle back, and could also be used as a punt and kickoff return specialist.

One thing is for sure: Whenever Peppers does get on the field, Wolverine fans will certainly be watching with great anticipation.