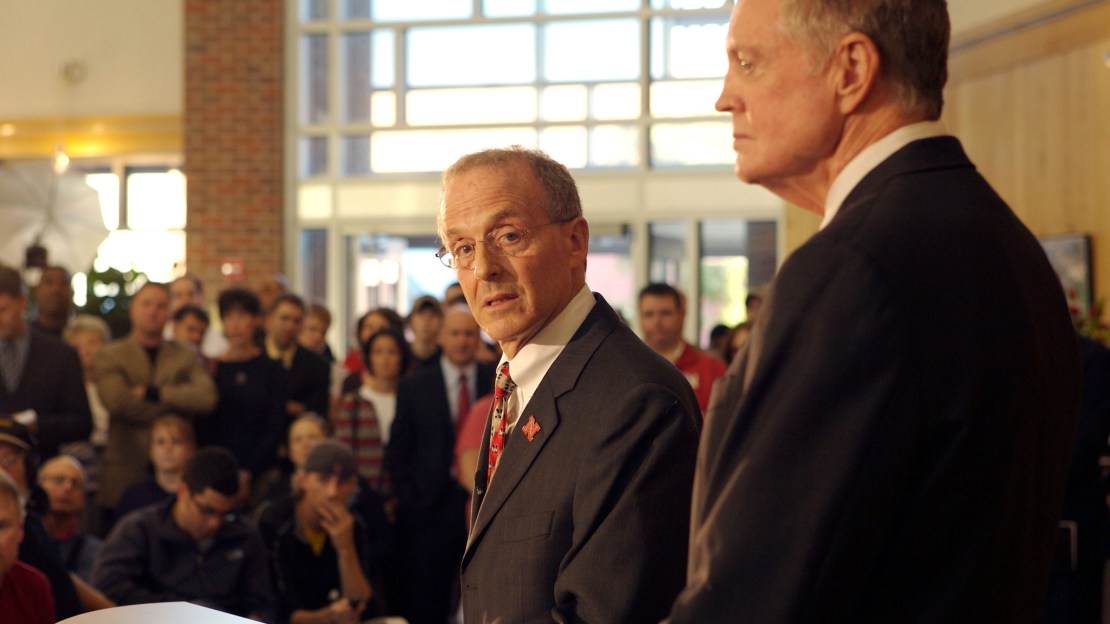 ROSEMONT, Ill. — While testifying last week in the O'Bannon trial in Oakland, Calif., Big Ten Commissioner James E. Delany spoke to the importance of the inextricable link between academics and athletics as part of the collegiate model, and to the value of establishing a 21st century system to meet the educational needs of current and future student-athletes.

[ MORE: Watch our Delany interview and see the full transcript ]

During his testimony, Delany conveyed sentiments long supported by the conference and its member institutions.

Today, the presidents and chancellors of the Big Ten schools issue the following statement signed by the leaders of each institution:

As another NCAA season concludes with baseball and softball championships, college athletics is under fire. While football players at Northwestern fight for collective bargaining, former athletes are suing to be compensated for the use of their images.

Football and men?s basketball are at issue. Compensating the student-athletes who compete in these sports will skew the overall academic endeavor - for all students, not just those wearing a school?s colors.

The best solutions rest not with the courts, but with us - presidents of the very universities that promote and respect the values of intercollegiate competition. Writing on behalf of all presidents of the Big Ten Conference, we must address the conflicts that have led us to a moment where the conversation about college sports is about compensation rather than academics.

The tradition and spirit of intercollegiate athletics is unique to our nation. Students play as part of their overall academic experience, not for a paycheck or end-of-season bonus. Many also compete in hopes of a professional career, just as our biology majors serve internships and musical theater students perform in summer stock. These opportunities - sports, marching band, campus newspaper, and more - are facets of the larger college experience and prepare students for life. And that, in its purest form, is the mission of higher education.

The reality of intercollegiate athletics is that only a miniscule number of students go on to professional sports careers. In the sports that generate the greatest revenue and attention, football sees 13 percent of Big Ten players drafted by the NFL and basketball sees six percent from our conference drafted for NBA play.

For those student-athletes who are drafted, their professional careers average fewer than five years. They still have several decades and, potentially, several careers ahead of them in which to succeed. And their college experience - their overall academic experience - should be what carries them forward.

This is why we propose working within the NCAA to provide greater academic security and success for our student-athletes:

Across the Big Ten, and in every major athletic conference, football and men?s basketball are the principal revenue sports. That money supports the men and women competing in all other sports. No one is demanding paychecks for our gymnasts or wrestlers. And yet it is those athletes - in swimming, track, lacrosse, and other so-called Olympic sports - who will suffer the most under a pay-to-play system.

The revenue creates more opportunities for more students to attend college and all that provides, and to improve the athletic experiences through improved facilities, coaching, training and support.

If universities are mandated to instead use those dollars to pay football and basketball players, it will be at the expense of all other teams. We would be forced to eliminate or reduce those programs. Paying only some athletes will create inequities that are intolerable and potentially illegal in the face of Title IX.

The amateur model is not broken, but it does require adjusting for the 21st century. Whether we pay student-athletes is not the true issue here. Rather, it is how we as universities provide a safe, rewarding and equitable environment for our student-athletes as they pursue their education.

We believe that the intercollegiate athletics experience and the educational mission are inextricably linked. Professionalizing specific sports or specific participants will bring about intended as well as likely unintended consequences in undermining the educational foundation of these programs, on Big Ten campuses and others throughout the country

Higher education provides young people with options in life to thrive in the future. For a tiny minority, that future will be a professional sports career and all of its rewards. For all graduates - athletes and non-athletes - it is the overall academic experience that is a lifetime source of compensation in the form of a well-rounded education.