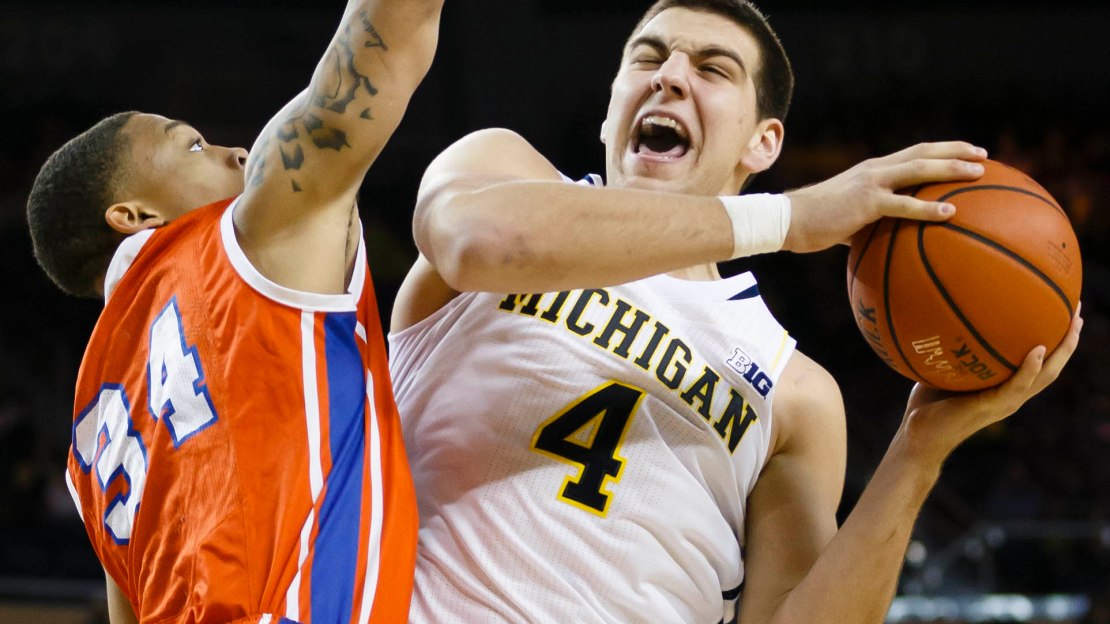 CHICAGO - As one of the premier basketball conferences in the country, the Big Ten is expected to once again be heavily represented in the 2014 NBA Draft. Through a series of feature segments, sit-down interviews and in-depth analysis, BTN will prepare fans for draft night with a 60-minute NBA Draft Preview edition of Big Ten Basketball Report at 7 PM ET on Wednesday, June 25.

Hosted by Dave Revsine alongside analyst Jim Jackson, the show will include several features that provide viewers with an inside look at how these former Big Ten standouts have developed on and off the court, and how they?ve spent the past few months preparing for the NBA. Top Big Ten prospects include Michigan?s Nik Stauskas, Glenn Robinson III and Mitch McGary, Michigan State?s Adreian Payne and Gary Harris, Indiana?s Noah Vonleh, Ohio State?s LaQuinton Ross and Aaron Craft, and Iowa?s Roy Devyn Marble.

Jackson, two-time Big Ten Player of the Year and a 14-year NBA veteran, will provide insightful analysis on how each Big Ten draft hopeful has progressed over the past few seasons, and how his game translates to the next level.

In addition to the preview show, BTN will also dedicate programming on Wednesday, June 25, and Thursday, June 26, to the NBA Draft by replaying some of last season?s best basketball games featuring these student-athletes? standout performances.

Below is a partial listing of the selected games. Complete schedule available at BTN.com/Shows.