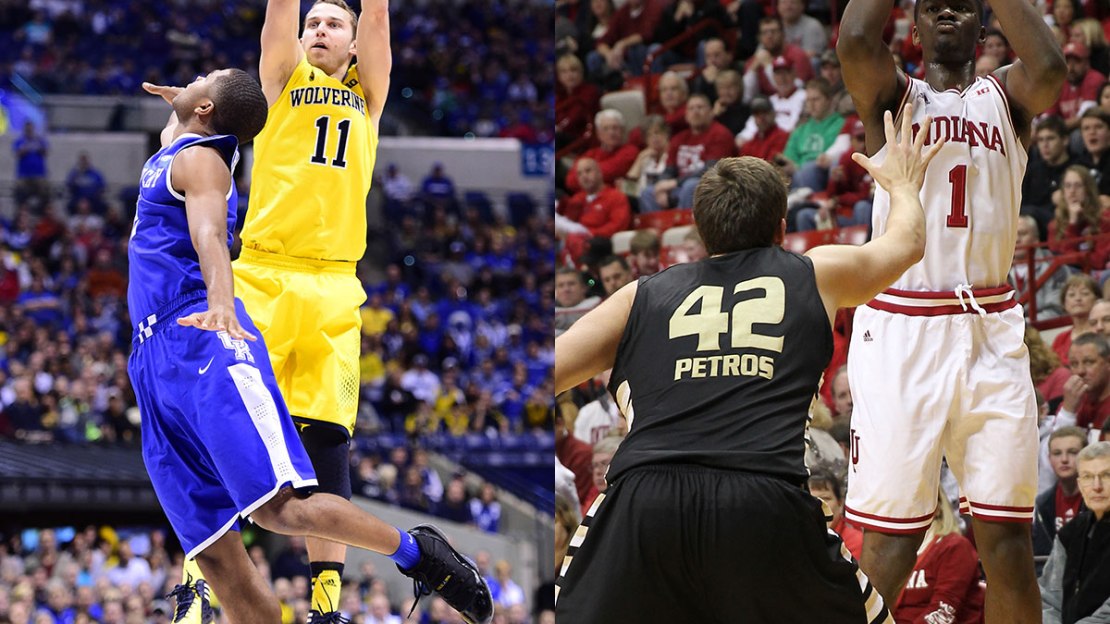 Several former Big Ten stars are expected to hear their names called early in next week's NBA draft. Among those players are Indiana's Noah Vonleh and Michigan's Nik Stauskas, both of whom are expected to be lottery picks, according to Chad Ford's latest ESPN Mock Draft 8.1.

[ MORE: Which Big Ten player would you want your NBA team to draft? ]

"Stauskas has deep range, a quick and high release and the ability to get a shot off under duress," Bilas said of the former Michigan sharpshooter. "He moves without the ball, can rise up off the run, can catch and shoot and has the ability to pull up and hit with consistency."

Ford sides with Creighton's Doug McDermot as the draft's top shooter, but mentions that Stauskas is the more versatile player of the two.

When it comes to the top rebounder in thdraft class, Bilas likes Vonleh, as well as Kentucky's Julius Randle.

"Today, the best rebounder is Kentucky's Randle. Long term — which could mean in a year or two — will be Indiana's Vonleh. Randle is the most physically dominant player on the glass and is an outstanding offensive rebounder. Vonleh is taller, longer and has bigger hands. As he matures, he will get better and better."