Win rookie of the year or hang with Justin Bieber? 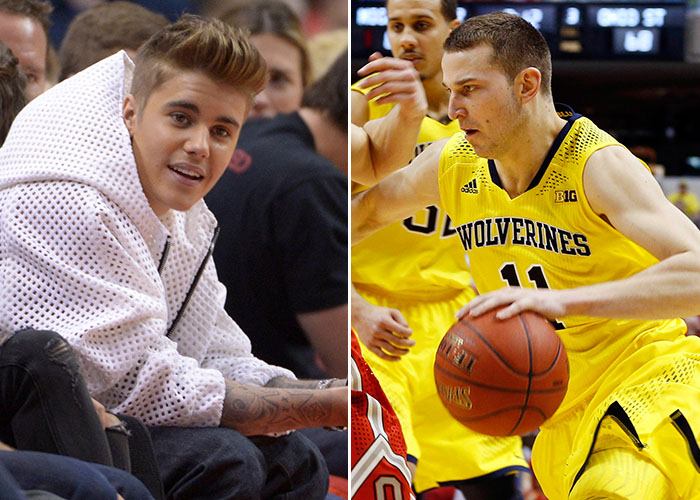 If you could ask a 2014 NBA Draft prospect one question, what would it be?

As the the June 26 draft approaches, coaches, general managers, and other personnel are in the process of interviewing potential draft picks to see if they fit in with their respective organization. One NBA team threw quite a curve ball at former Michigan standout Nik Stauskas during a recent interview.

A team asked me if I'd rather win rookie of the year or tour/party with @justinbieber for the whole summer LOOOOOOL! #ThingsToThinkAbout

This isn't the first odd question Stauskas has received during the draft process. There was this, too.

A native of Mississauga, Ontario, Stauskas and Bieber are both from Canada, which is the only somewhat logical explanation I can think as to why a team would ask such an bizarre, offbeat question.

Stauskas sent out the following tweet shortly after, clarifying that his answer was indeed the right one.

… obviously I went with ROY tho! #BallIsLife

We approve of your answer, Mr. Stauskas!

Credit: For the Win