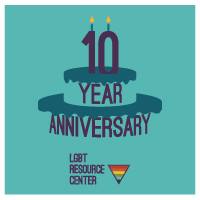 When Devin Moss was in college, he was rejected from joining a fraternity and serving as a resident assistant because of his sexual orientation.

?I started my own collegiate education at an institution that was definitely not affirming in terms of who I was or my identity beyond just being someone who was black,? Moss said.

Moss, who identifies as gay, now serves as the director of the LGBT Resource Center at Northwestern University and works to ensure students are not discriminated against because of their gender or sexual orientation. In May, Northwestern?s Resource Center celebrated its 10th anniversary. The event brought students, faculty, administrators and alumni together to commemorate the Resource Center?s first 10 years and project its future.

At the celebration, Dan Diem, a 1987 graduate of the Kellogg School of Management and a board member of the Northwestern University Gay and Lesbian Alumni, announced a $10,000 donation to the Resource Center from Michael Leppen, a 1987 Northwestern graduate.

Moss said the anniversary was emotional because he said it highlighted Northwestern?s strong commitment to supporting the LGBT community. He was hired in October 2012 as the first fulltime employee of the Resource Center.

?In looking at a university that has had a resource center that has been around for 10 years tells me that there is some level of investment where other individuals want to invest in and affirm students,? he said. ?They are not just affirming them by having a physical space that is labeled the LGBT Resource Center, but also a person dedicated to supporting students on campus.?

Moss said the importance of the Resource Center extends beyond the individual meetings he holds with student. The Resource Center, he said, also works on university policy and serves as a hub for students to talk about issues and concerns.

For Michelle Margulis, the community groups the Resource Center offers has introduced her to other queer students and promoted discussion about issues impacting the LGBT community. She also said the tangible materials it provides, such as literature on sexual health and sexual violence, has proved especially helpful for her and other students.

Margulis, a rising senior, is the co-president of Rainbow Alliance, a student group aimed at fostering a community for LGBTQ students and allies.

?I?m really proud of the steps that Northwestern has taken towards acceptance of the LGBTQ community,? she said. ?There?s definitely a lot more to work for especially in terms of trans students, but it?s really exciting and reassuring to know that for 10 years Northwestern has been taking strides towards inclusion of the queer community.?

Although Kayleigh Madjar does not identify as part of the LGBT community, she has worked at the Resource Center longer than any other current employee. Madjar, who will graduate from Northwestern tomorrow, has worked as a work-study student since her freshman year.

She said visibility and education are two of the most important components of the Resource Center?s mission.

?It?s really important for an incoming freshman, in particular, but everyone on this campus to know that we have an office here for you to go and have any questions answered,? she said. ?Education around the campus is also really important. [The Resource Center] has really helped me and I hope the greater Northwestern community to really consider their own identities.