Best of Week 14: Got to love rivalry week! 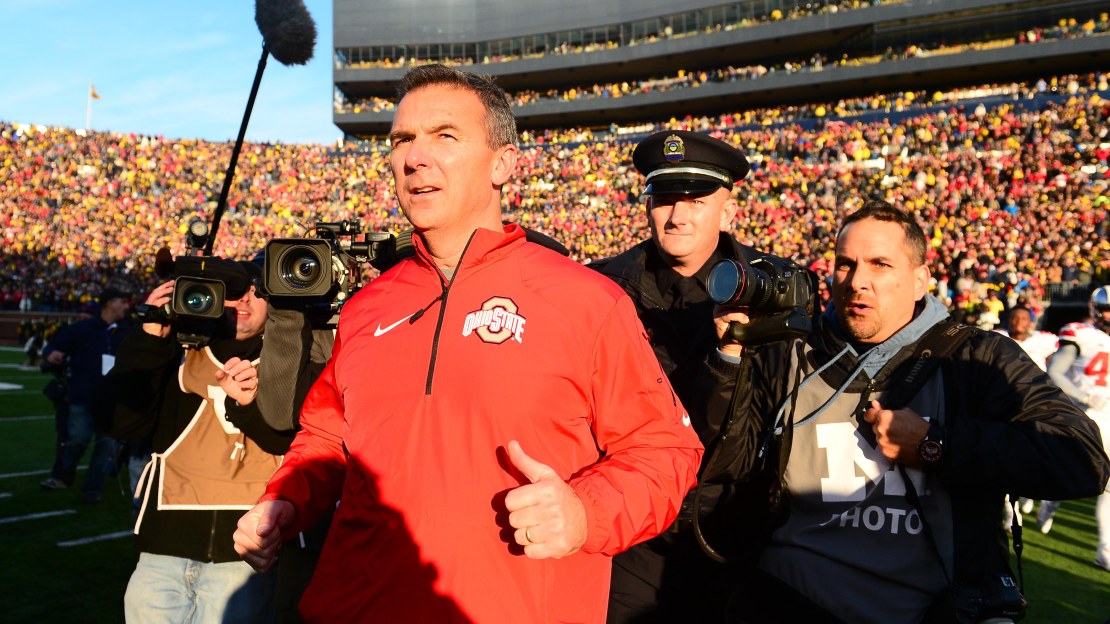 The Big Ten has saved the best for last, as the Week 14 lineup features seven games that all are enticing for one reason or another. In fact, titles in both divisions may be on the line.

Here?s a breakdown of the best of Week 14.

Interesting factoid: While Ohio State has won 11 of the last 13 meetings vs. heated rival Michigan, the Wolverines have trashed perfect Buckeye seasons in 1993, 1995 and 1996. That could be something to keep your eye on.

Game of the week: Michigan at Ohio State. Is there any question? OK, maybe Iowa and Nebraska fans could have an argument, seeing as how their game could decide the Big Ten West. Still, this is the rivalry game of all rivalry games in the Big Ten and plenty figures to be on the line.

Top quarterback matchup: Michigan State?s Connor Cook vs. Penn State?s Christian Hackenberg. This  could be one of the better battles between signal-callers all season. Cook is an emerging star who took the Big Ten by storm last season en route to leading the Spartans to a glorious 13-1 season. Hackenberg lived up to his massive hype as a true freshman in 2013, showing maturity beyond his years while flashing his fabulous arm.

Best coordinator battle: Michigan offensive coordinator Doug Nussmeier vs. Ohio State defensive coordinator Luke Fickell and co-DC Chris Ash. Nussmeier arrived from Alabama, looking to put some toughness and grit into a Wolverine attack that was 10th overall (373.5 ypg) and 11th in rushing (125.7 ypg) in the Big Ten last fall. Ash was hired from Arkansas to fix a leaky Ohio State pass defense that was No. 11 in the league (268.0 ypg).

Upset alert: Rutgers at Maryland. This figures to be one of the few foes the Terrapins will be favored to beat. But what type of mental and physical shape will Maryland be in by Nov. 29 coming off a killer six-game stretch? If the Terps are dragging, they could get dumped by the fellow Big Ten newbie Scarlet Knights. These schools last played in 2007 and 2009, with each winning in the other?s stadium.