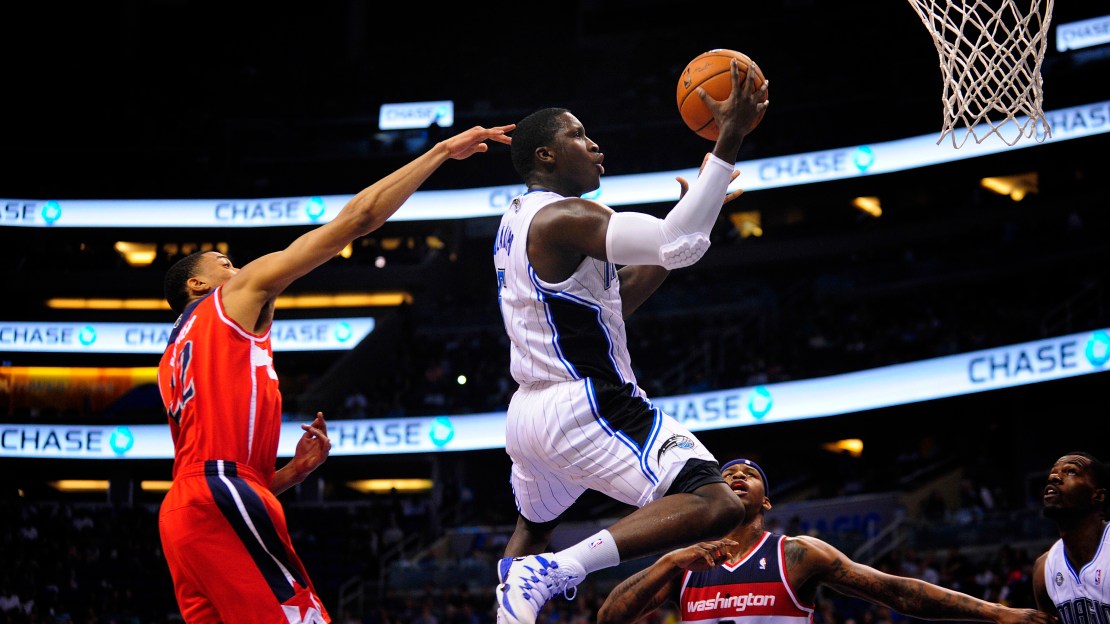 Former Indiana star and current Orlando Magic guard Victor Oladipo recently sat down with Jim Rome to discuss his first NBA season. Oladipo, the No. 2 in the 2013 NBA Draft, finished second in the NBA Rookie of the Year race despite learning a new position (point guard) at the game's highest level. Watch the entire interview in this post.

Some highlights from the interview:

On the grade he'd give himself for his rookie year: "I'm a tough grader, so I might I give myself a D-plus."

On finishing second for NBA Rookie of the Year: "It's all just motivation to just keep getting better."

On what he's working on in Year 2: "Having a consistent jump shot, just being a leader, being more vocal."

On "If you look at my whole career, my situation, I kind of came out of nowhere. So, I'm still trying to prove people wrong today."