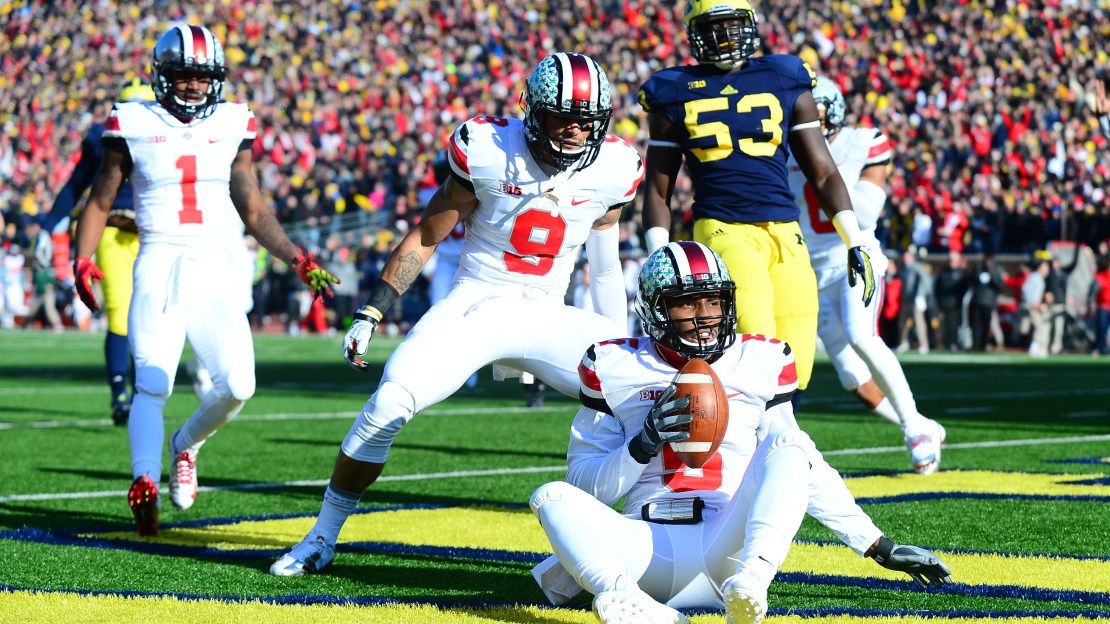 Here's a fun stat to start off the links: Since 2011, when Urban Meyer was hired at Ohio State, there have been 579 babies born named "Braxton." In the previous two years, there were only 183 babies named Braxton.

Coincidence? We think not. After all, Braxton Miller has been the Big Ten top player the last two years en route to leading the Buckeyes to 24 straight wins before last year's Big Ten title game and Orange Bowl.

Speaking of quarterbacks, which colleges can call themselves "Quarterback U?" NFL.com ranked the top 10, and Michigan (No. 2) and Michigan State (No. 9) land on the list.

The Wolverines, no doubt, are helped by Tom Brady, but they also had Elvis Grbac, Todd Collins, Brian Griese, Drew Henson, John Navarre and Chad Henne drafted in the last 25 years.

More quarterback news, believe it or not. Be a good guy, both on and off the field, win a Super Bowl, and the awards will come your way. Just ask one-and-done Wisconsin QB Russell Wilson, who just won the Professional Football Writers of America 2014 Good Guy Award.

The list of candidates should be impressive. According to the article, and several other reports, Penn State has "targeted" Northwestern AD Jim Phillips.

Not exactly a war of words – yet – but this should be a fun storyline to follow.

Who will be the Big Ten's top running back in 2014? The options are abundant, but Nebraska's Ameer Abdullah, last year's rushing yards leader, and Wisconsin's Melvin Gordon have to be the preseason favorites.

Our ESPN.com friends state the case for each guy.

Brian Hamilton, of SI.com, has a nice Q&A with Minnesota coach Richard Pitino.

Here's one of many interesting Pitino answers:

Gary Harris and Glenn Robinson III were friends long before they became rivals in the Michigan-Michigan State basketball series. BTN analyst recently sat down with the longtime friends to talk about the upcoming NBA draft.

Former Maryland basketball player Nick Faust has made it official. He is transferring to Long Beach State, according to this Instagram photo on his account.