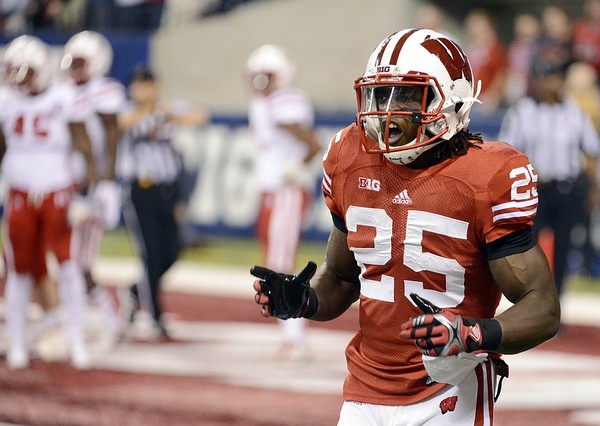 There are two non-conference games tucked into this mid-November Saturday, which rarely happens this late in the season in the Big Ten. Northwestern?s trip to Notre Dame could be interesting. But a division title could be center stage: Nebraska at Wisconsin. Here?s a breakdown of the best of Week 12.

Best storyline: Northwestern travels to Notre Dame. The teams haven?t met since the Wildcats famously went to South Bend in 1995 and stunned the Fighting Irish, 17-15, behind Pat Fitzgerald. That was an opening salvo in NU?s improbable march to the Rose Bowl. Could lightning strike twice for the Wildcats?

Game of the week: Nebraska at Wisconsin. This is the first of three season-ending games that figure to define Wisconsin's season – it ends with at Iowa; vs. Minnesota. Nebraska has to be thinking payback after getting whipped 70-31 by Wisconsin in the 2012 Big Ten championship game and embarrassed 48-17 in its last trip to Madison in 2011.

Top quarterback matchup: Iowa?s Jake Rudock vs. Illinois? Wes Lunt. Nothing really jumps right out at you this week. Rudock showed much promise during his debut as a starter last season, but he has room to improve as a passer. Lunt could emerge as one of the Big Ten?s top passers after transferring from Oklahoma State. He looks, walks, talks and throws like a big-time signal-caller.

Best coordinator battle: Nebraska offensive coordinator Tim Beck vs. Wisconsin defensive coordinator Dave Aranda. These two never have met, as the Cornhuskers and Badgers didn?t play in 2013. Each coordinator has an aggressive mind-set, preferring to attack. Bottom line: There could be plenty of big plays on both sides of the ball.

Upset alert: Indiana at Rutgers. If the Hoosiers are going to go bowling, they likely will need to win a Big Ten road game. And that game figures to be at Rutgers in the first-ever meeting between the schools. Indiana will be coming off a tough four-game stretch. How will the Hoosiers be holding up?

Week 12 nuggets: Michigan and Purdue are off … Penn State is 31-3-1 all-time vs. Temple … This will be the first time Illinois has played Iowa since 2008, with the Illini winning in Memorial Stadium that year … Michigan State is 4-1 all-time vs. Maryland, but the teams haven?t met since 1950 … Minnesota is 7-43 all-time vs. Ohio State.