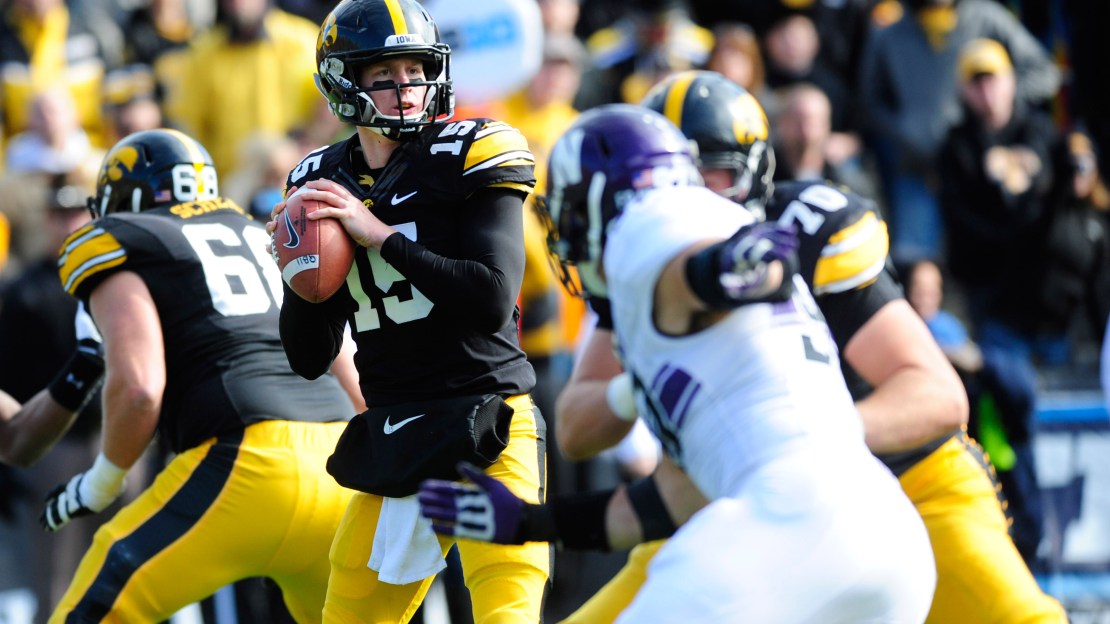 Pretty much every team has one game on its schedule that can be viewed as a "cupcake." Now, that doesn't mean the team is guaranteed to roll to victory – or even win the game. There's always the chance a team pulls an upset. That said, here is my easiest game for every Big Ten team.

ILLINOIS
A season-opening visit from FCS Youngstown State should offer the chance to shake those orange and blue pom-pons fast and furiously. But don?t take the Penguins too lightly. This is a strong program that won at Pitt in 2012 and went 8-4 last season with a 55-17 loss at Michigan State. By the way, Youngstown State is coached by Eric Wolford, who coached the Illinois offensive line from 2007-08 under the Zooker.

INDIANA
The lid-lifter vs. FCS Indiana State on Aug. 30 should be a cake walk. How bad were the Sycamores last season? They went 1-11 overall and 0-8 in the MVC. One of those defeats was a 73-35 beatdown by Indiana in the 2013 season opener.

IOWA
Iowa should be able to dispatch FCS Northern Iowa in the opener with a few flicks of the wrist. While the Hawkeyes have had closer-than-expected encounters vs. UNI (2009 & 2012), they're 15-1 all-time vs. their instate foe and have no business ever losing to a FCS team.

MARYLAND
The opener vs. FCS James Madison should be light lifting. Good thing, since Maryland has some big-time opponents after that. Heck, the three other non-league foes (at South Florida, West Virginia, at Syracuse) all should be a challenge. One more cupcake would have been nice.

MICHIGAN
I wanna say it?s the season-opening visit from Appalachian State on Aug. 30. But, we all know what happened the last time App State visited Ann Arbor. So, let?s go with the visit on Sept. 13 from Miami (Ohio), which went 0-12 last season and has a new coach in former Notre Dame offensive coordinator Chuck Martin.

MICHIGAN STATE
There are several games when the workload looks light. But no game-day will be cushier than the opener on Aug. 29, when FCS Jacksonville State comes to East Lansing for a Friday night tilt.

MINNESOTA
It has to be FCS Eastern Illinois, the alma mater of Tony Romo, Sean Payton and Mike Shanahan. Minnesota takes on the Panthers on a Thursday night, offering a nice tune-up to the season.

NEBRASKA
Take your pick between the two opening games. First up is Florida Atlantic, followed by FCS McNeese State. The Owls went 6-6 last season, with Carl Pelini being fired in October amid dubious circumstances. McNeese State went 10-3, but it lack depth of talent.

NORTHWESTERN
The Sept. 20 visit from FCS Western Illinois should provide relief after the season opens with visits from Cal and Northern Illinois. The Wildcats could use this breather vs. the Leathernecks.

OHIO STATE
Let?s go with the Kent State game. The Golden Flashes come to Columbus on Sept. 13 in what looks like little more than a glorified scrimmage. The teams have played twice all-time, with the Buckeyes winning in 2002 and 2007 by a combined score of 99-20.

PENN STATE
The visit from UMass on Sept. 20 shouldn?t be too taxing. The Minutemen have a new coach coming off a 1-11 season. Time to have some fun.

PURDUE
Let?s go with the visit from FCS Southern Illinois on Sept. 20. The Salukis went 7-5 last year. Purdue?s only win last year was vs. a FCS foe, as it downed Indiana State in the opener. Let?s hope the Boilermakers don?t have to struggle to beat a FCS foe this year.

RUTGERS
The visit from FCS Howard on Sept. 6 should allow Rutgers a chance to catch its breath. Enjoy it, Scarlet Knights. Rutgers has played the Bison three times since 2006, winning all three games and outscoring Howard, 127-14.

WISCONSIN
The visit from FCS Western Illinois on Sept. 6 should be a breeze. The timing is good, too, as the Leathernecks come to Madison a week after Wisconsin plays LSU. The Badgers will need the break.