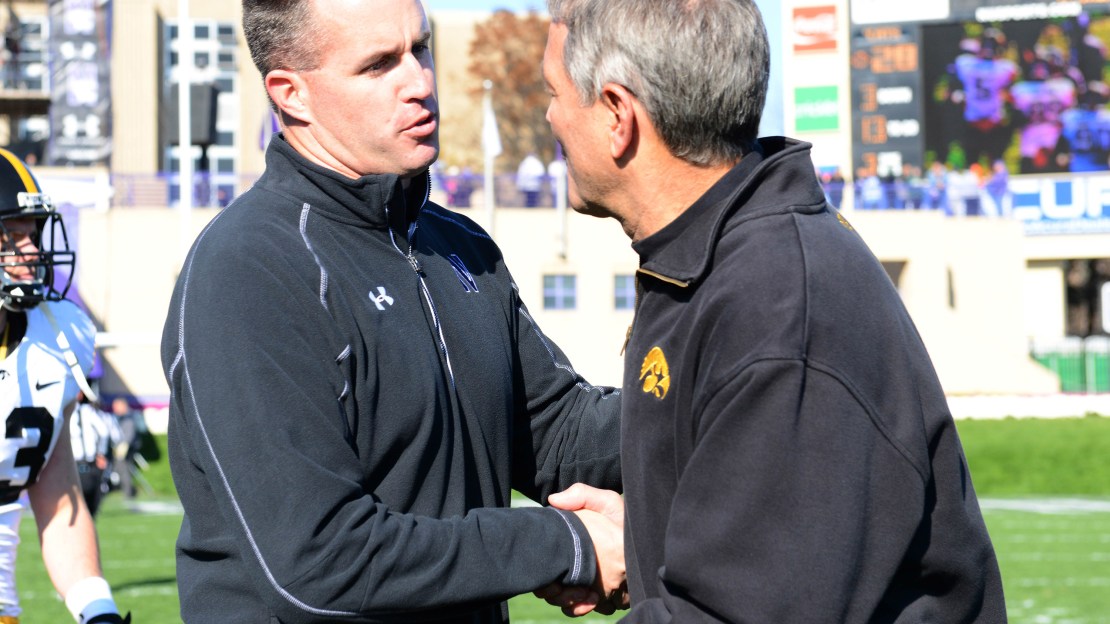 The calendar now says ?November.? And, as coaches are known to say: ?November is when they play the games to remember.? But this Saturday lacks any apparent marquee games, although that could change depending on how things unfold. Looking at you, Northwestern at Iowa.

Best storyline: Purdue will be making its first trip to Lincoln, Nebraska-and one of Bo Perini?s best teams will be waiting. The Cornhuskers smashed Purdue last season in West Lafayette, taking a 44-7 decision that wasn?t even that close.

Game of the week: Northwestern at Iowa. This could be a huge game in the Big Ten West race. And it could be a great chance for the Wildcats to show last year was an aberration. NU has lost its last two junkets to Iowa City, getting beat there 17-10 last season. This is a loaded Hawkeyes team that will be tough to top in Kinnick Stadium. Can Northwestern match Iowa?s strength in the trenches? A NU win could stamp it a legit contender in the West.

Top quarterback matchup: Illinois? probable starter Wes Lunt vs. Ohio State?s Braxton Miller. This one looks delightful. Lunt is a transfer from Oklahoma State who brings a big arm and rep to Champaign and looks to be a good fit for coordinator Bill Cubit?s offense. Miller is the Big Ten MVP who may be making a Heisman Trophy push with the calendar flipped to November. Which signal-caller can make the most big plays?

Best coordinator battle: Maryland offensive coordinator Mike Locksley vs. Penn State defensive coordinator Bob Shoop. It?s a bit under the radar but enticing nonetheless. Locksley has been at it a long time, forging his identity while pushing the buttons on Illinois? offense in the Ron Zook era. Shoop is one of the most underrated defensive coordinators in the nation. Now that he?s working at a high-profile school, expect Shoop?s profile to rise. He?s smart and a relentless worker.

Week 10 nuggets: Michigan State and Minnesota off … Wisconsin and Rutgers never have played … Northwestern has had the better of Iowa of late, going 10-7 vs. the Hawkeyes in the last 17 meetings … The Illini have lost six in a row and are 1-9 in their last 10 games vs. Ohio State in the battle for Illibuck … The Nittany Lions are 35-1-1 all-time vs. the Terps, with Maryland?s lone win coming in 1961.