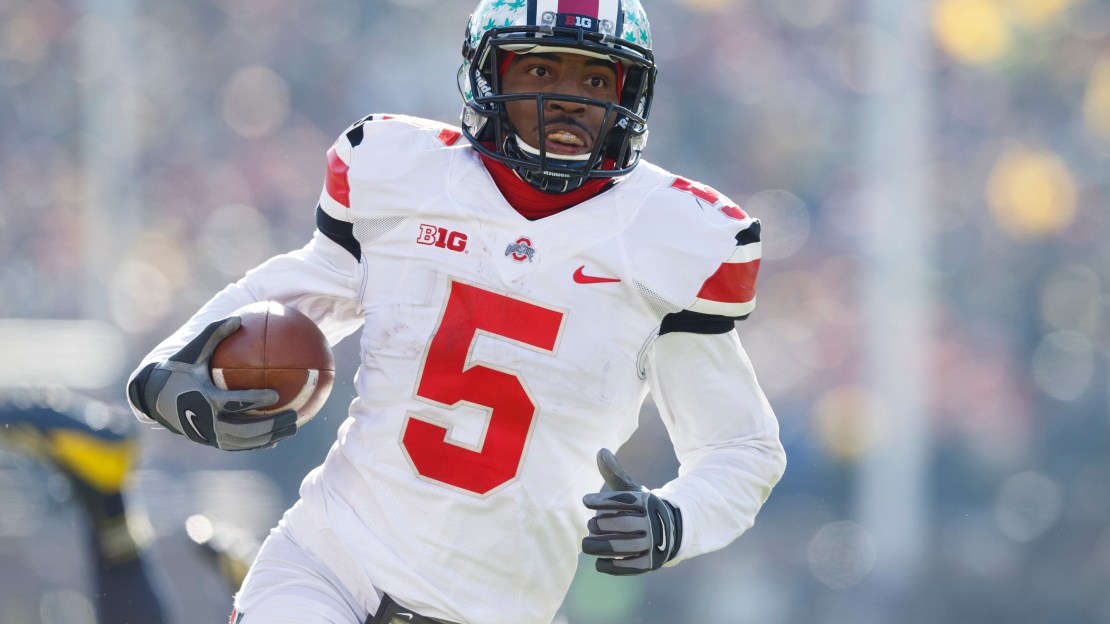 Can you smell it in the air Big Ten fans? The 2014 college football season is just around the corner.

Our friends over at Athlon Sports recently released their 2014 Big Ten Football All-Conference teams. Big-time names such as Braxton Miller, Melvin Gordon and Shilique Calhoun highlight the list, which consists of first, second, third and fourth All-Big Ten teams, as well as a team-by-team breakdown of players selected.

Without further ado, here is a look at the teams and some instant thoughts on the picks.

This first-team offense is loaded with talent from top to bottom. It's interesting that Athlon lists Funchess as a wide receiver as oppose to a tight end, but either way, he's worthy of a first-team nomination. The Big Ten graduated a ton of talent on the offensive line from last season, which is why some of these names may not look as familiar as others. Scherff is a returning All-Big Ten member and should be one of the top offensive tackles in the nation this season.

There will be plenty of talent in the Big Ten on the defensive side of the ball as well in 2014. Calhoun and Gregory are as good as any defensive ends you will find in the nation. The secondary is also stacked with talent, led by Drummond, who is a preseason All-American candidate. The linebacker trio of Ariguzo, Hull and Ryan have seven years of starting experience between the three of them.

How good are Big Ten running backs? Langford rushed for 1,422 yards and 18 touchdowns last season and is a preseason second-team All-Big Ten member. The other second-team running back, Venric Mark, missed the majority of the 2013 season with injuries. Some may argue that Indiana's Tevin Coleman should be in that spot, but don't forget, Mark was sensational in 2012 before his 2013 season was shortened. Decker will be looked at to anchor Ohio State's offensive line after the Buckeyes lost four starters from 2013 to graduation.

Just like the running back position is stacked in the Big Ten, so is the defensive end spot. Bosa and Spence, both second-team members, combined for 15.5 sacks in 2014. Notice that all four starters on Ohio State's defensive line are listed as first or second-team All-Big Ten members. Now that's impressive. Also, keep an eye on MSU linebacker Taiwan Jones, who is expected to move to the inside this season and could have a monster year for the Spartans in 2014.

You could make an argument that Cook deserves to be on the second-team after leading the Spartans to both a Big Ten Championship and Rose Bowl win last season. The most intriguing name on this third-team is Elliott, who served in a backup role behind Carlos Hyde last season, but should be the Buckeyes' lead back this fall. Indiana has quite a presence on this team as three players are selected as third-team All-Big Ten members, including two promising offensive linemen in Feeney and Spriggs.

Cockran, who ranked third in the Big Ten with 7.5 sacks last season, continues the trend of talented defensive ends throughout the conference. Shelton and King are both extremely talented and could be first-team members in other conferences around the nation. Keep an eye on Farrand, who recorded 84 tackles in 11 games last season. He should be the leader of the Terrapins' defense this season.

Gardner will be looking for a bounce-back year after struggling with turnovers in 2013, especially early on last season. Cobb is a guy who could be higher up on this list after rushing for 1,202 yards and seven touchdowns last season while leading the Gophers to an 8-5 record, including wins over both Nebraska and Penn State. Keep an eye on Lewis, who is a transfer from Colorado, as he is expected to anchor the Huskers' offensive line in 2014.

Monheim is one of the most underrated players in the conference, and he has the numbers to back it up, recording 97 tackles for the Fighting Illini last season. It's interesting that we don't see any incoming freshmen on this list, including Michigan's Jabrill Peppers, who is one of the most highly touted incoming players in the nation this season, regardless of position.