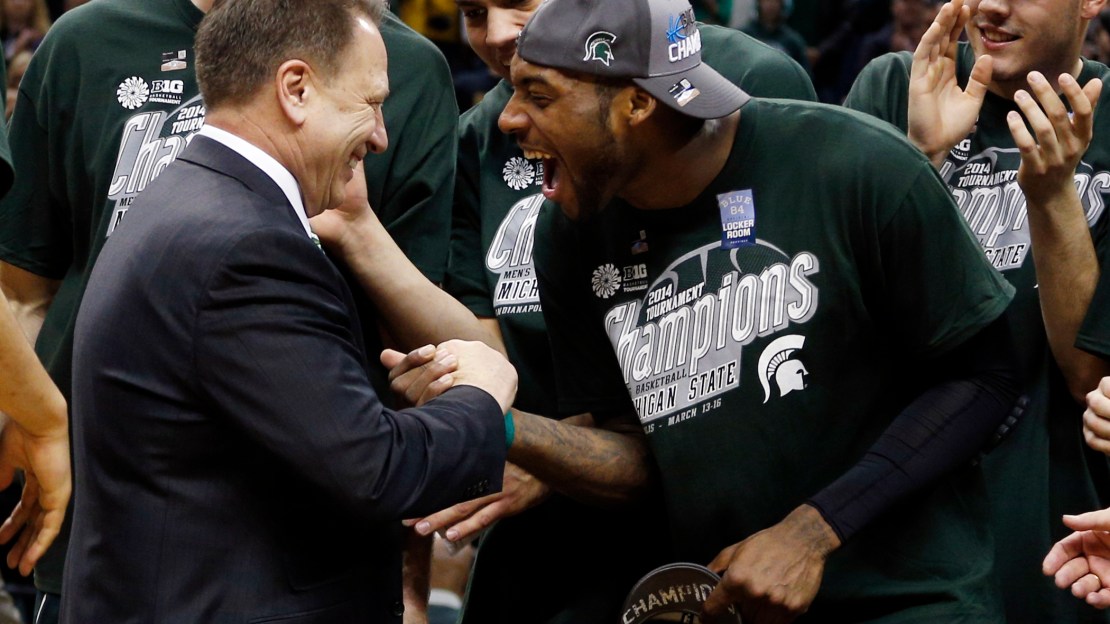 It?s a fun debate: Who?s the best basketball coach in the Big Ten? We all have our favorites. Marcus Jackson?s of the Champaign News-Gazette does, too. And he ranks ?em. Guess who is No. 1? C?mon. It?s not that difficult to guess.

I was shocked to see Minnesota?s Richard Pitino No. 5 on Jackson?s list. What has he done to merit that lofty spot? And Purdue?s Matt Painter at No. 11? And Indiana?s Tom Crean at No. 9? Yes, each has had some recent struggles, but their resumes say they know how to coach.

Here's something that should get Big Ten fans' attention: Roy Devyn Marble recently said that ?I was best guard in the Big Ten.?

Gotta like the bravado. But, I beg to differ. Guys like Michigan?s Nik Stauskas and Michigan State?s Gary Harris were better. Sorry, Devyn.

Check out his full quote:

?In my opinion, game in, game out, I think I was the best guard in the Big Ten and it wasn't close. I think people know that, but a lot of these other guys do have the publicity around them and they came out of high school highly recruited. I wasn't. So I had to work for mine.?

No shocker to see John Beilein and Tom Izzo rated among the best coaches at prepping players for the NBA. The coaches come in at Nos. 3 and 4, respectively, according to ESPN.com.

In the last few years, Beilein has sent Trey Burke, Tim Hardaway Jr. and Darius Morris to the pros. This year, he'll add Mitch McGary, Glenn Robinson III and Nik Stauskas, with others to come in the future.

Since Izzo took over Michigan State?s head coaching job in 1995, 11 of his players have gone on to play in the NBA-according to this story. That includes guys like Zach Randolph, Jason Richardson and Morris Peterson, who have each played more than 700 games in the league.

When talk of Michigan?s NBA draft prospects crops up, Nik Stauskas, Glenn Robinson III and Mitch McGary often are mentioned. Jordan Morgan? Not so much so. But he?s still dreaming the dream, recently working out with the Cavaliers.

I?ll be pulling for Morgan. Don?t you get the feeling he may be able to carve a niche out in the league?

I always knew Penn State?s Herb Hand was a terrific offensive line coach. But he?s a cook, too?

Hand appeared on the Food Network show ?Chopped,? proving to be deft in the kitchen. I also recommend you follow him on Twitter (@CoachHand). He?s one of the best coaches on social media.

Speaking of Penn State ? news that James Franklins? staff was going to work the Georgia State camp made headlines and created waves. Well, Franklin and Co., recently were in Florida working a camp at Stetson.

As discussed here in the past, Franklin is using a loophole in NCAA rules that prevents schools from holding camps outside of their own state or across state lines beyond a 50-mile radius from campus but doesn?t stop coaches from being guest instructors at other camps. And that rankles some SEC coaches. Stick it to ?em, James!

It sounds like it hasn?t taken Darqueze Dennard long to make an impact with the Bengals. I?m not surprised.

Spartan defensive coordinator Pat Narduzzi never could say enough good things about Dennard, especially when it came to character. The Bengals are gonna love this guy for many reasons.

Cleveland.com takes you inside how a recruit earned a scholarship.

If you can believe it, college football media days aren?t far away. The Champaign News-Gazette has a good low-down on all of the pending media days that will be going-on across the nation. By the way: The Big Ten?s event in Chicago takes place July 28-29.

Needless to say, news that Indiana quarterback Tre Roberson is transferring was a shocker. In January, the Hoosiers saw QB Cam Coffman transfer. So, news of Roberson bolting further depletes IU?s depth under center. No good.

Roberson supposedly was still in the running with Nate Sudfeld to be the Hoosiers? starting quarterback in 2014. Roberson is a dynamic athlete who can run and throw with equal aplomb and has plenty of experience. Alas, his career in Bloomington is over and the signal-caller job apparently will go to Sudfeld, who is more of a pure passer. Who will backup Sudfeld?