Best of Week 9: It's Michigan at Michigan State 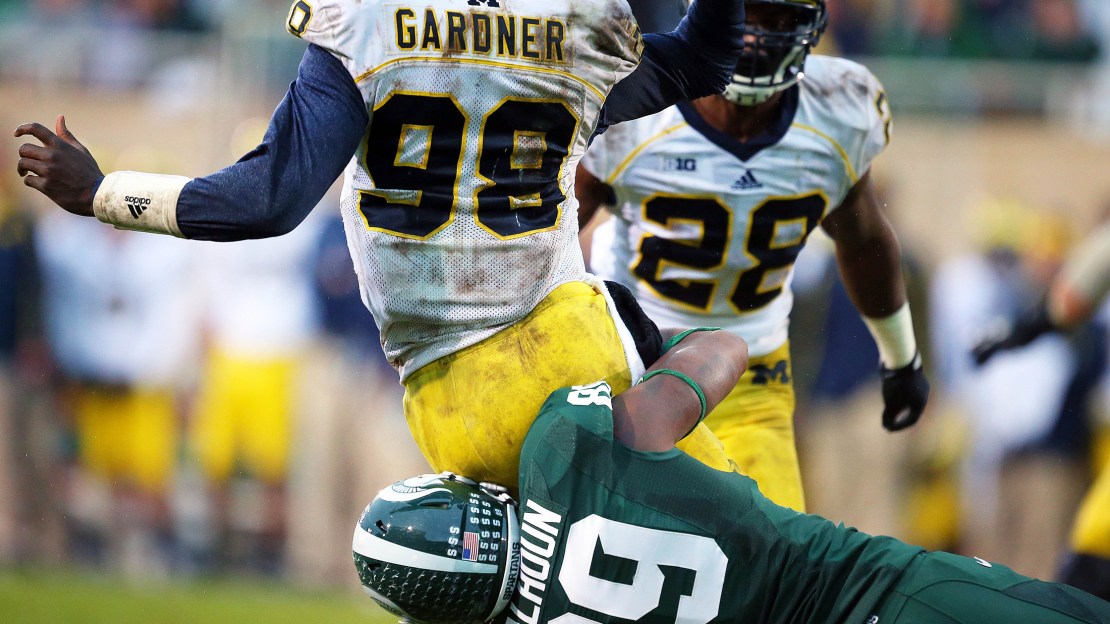 Two interesting clashes make this Saturday appealing, as Michigan plays at Michigan State and Ohio State goes to Penn State in a light week of action. Despite the presence of just five games, the heft of those aforementioned contests makes this a good week, as the Big Ten East race will start to take form. Here?s my best of Week 9.

Best storyline: The Michigan at Michigan State game will be juicy. No doubt, the Wolverines will be looking for payback after getting throttled by Michigan State in East Lansing last year, 29-6, its fifth loss in the last six meetings. That was difficult to watch-for Wolverines fans. The momentum in this fierce rivalry has changed dramatically. Seems like that ?little brother? crack made by Michigan running back Mike Hart happened YEARS ago, doesn?t it?

Game of the week: Michigan at Michigan State. In a scheduling oddity, the Wolverines have to travel to East Lansing for a second season in a row. Michigan was absolutely embarrassed in Spartan Stadium last fall, losing 29-6. The Wolverines had a school single-game record low minus-48 yards rushing on 29 carries with seven sacks.

Top quarterback matchup: Ohio State?s Braxton Miller vs. Penn State?s Christian Hackenberg. Miller is the ultimate weapon, a deadly dual-threat quarterback who can make something out of nothing with his arm or legs. He?s the ultimate big play waiting to happen. Hackenberg is a star in the making, a polished passer who is mature beyond his years coming off a sensational debut. He?ll be a big test for a Buckeye pass defense that has been spotty in recent years.

Best coordinator battle: Michigan offensive coordinator Doug Nussmeier vs. Michigan State defensive coordinator Pat Narduzzi. OK, let?s see what new Nussmeier has. The assistant arrives from Alabama and takes over for Al Borges, who was unceremoniously fired after last year, when Michigan?s offense ranked No. 10 in the Big Ten (373.5 ypg). The rushing attack was No. 11 (125.7 ypg). It won?t matter what plays Nussmeier brought with him from Tuscaloosa if the Wolverine offensive line stinks again. Narduzzi is probably the best defensive coordinator in the nation. Count on his dialing up the pressure vs. Michigan. He helped construct the No. 1 defense in the Big Ten for the third consecutive year in 2013.

Upset alert: Ohio State at Penn State. The Buckeyes have won the last two meetings and will have better depth of talent than the Nittany Lions. And the Buckeyes have won their last three trips to State College, Pa., last falling in 2005. But if Nittany Lions quarterback Christian Hackenberg is hot and PSU can contain Braxton Miller, Penn State may be able to pull the stunner.

Week 9 nuggets: Indiana, Iowa, Northwestern and Purdue are off … This will be the first of hopefully many battles between Ohio State?s Urban Meyer and Penn State?s James Franklin … Minnesota has won its last four trips to Champaign. The last Golden Gophers? loss in Memorial Stadium was a 25-14 decision in 2001, when Illinois went to the Rose Bowl under Ron Turner … Nebraska and Rutgers have played once, with the Cornhuskers taking a 28-0 decision in 1920 in New York … Wisconsin and Maryland never have played.