Best of Week 7: PSU-Michigan, under the lights 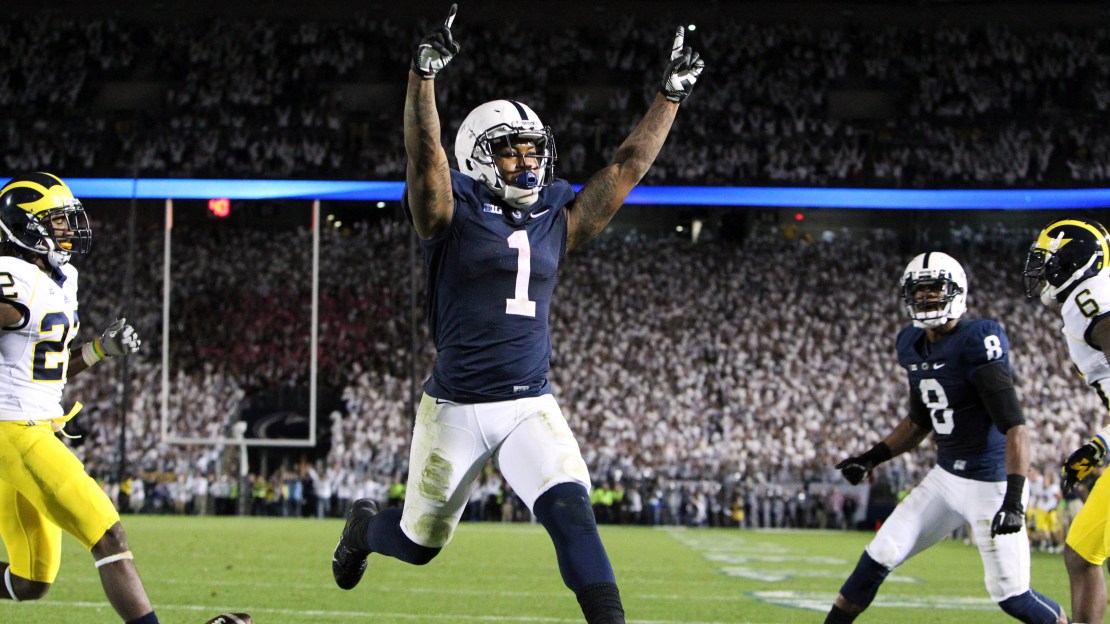 This is a light week of action with just five games-all Big Ten affairs–as four schools are off. But there are several good games, headlined by Penn State?s trip to Michigan. And the winner of the Northwestern-Minnesota game figures to be set up for a run at the division title. Here?s a breakdown of the Best of Week 7.

Best storyline: Penn State and Michigan headlines this Saturday, as they will engage in a key East Division clash. Neither is expected to win the division, but the victor in this clash could emerge as a dark horse. It will be the first meeting between new Nittany Lions coach James Franklin and Brady Hoke.

Game of the week: Penn State at Michigan. Michigan must dispatch visiting Penn State and new coach James Franklin, which would end a four-game losing skid for the Wolverines in the series. Before that, Michigan won nine in a row vs. Penn State. Plus, a win vs. PSU would give the Wolverines some mojo as they enter the toughest part of their schedule. The Nittany Lions won a wild four-overtime game vs. the Wolverines last season in State College.

Top quarterback matchup: Penn State?s Christian Hackenberg vs. Michigan?s Devin Gardner. Hackenberg is without a doubt the best passing quarterback in the Big Ten. He may eventually be the first Big Ten signal-caller picked in the first round since 1995, when PSU?s Kerry Collins went in Round One. ?Hack? needs a No. 1 wideout with Allen Robinson gone. Gardner endured an uneven season working behind a spotty line. But he has shown glimpses of being a dynamic dual-threat quarterback. How will his role change under new coordinator Doug Nussmeier? Gardner can?t force the action and must play within the system.

Best coordinator battle: Indiana offensive coordinator Kevin Johns vs. Iowa defensive coordinator Phil Parker. Johns is stepping in for Seth Littrell, who left for the same job at North Carolina. Johns inherits a lot of top-level talent, including the likes of Shane Wynn, Tevin Coleman, Tre Roberson and Nate Sudfeld. Parker is one of the top defensive minds in the Big Ten. And this year?s Hawkeyes? D should be among the best in the league, led by a strong line. In fact, the battle in the trenches between the Hoosier o-line and Hawkeye d-line should be good.

Upset alert: Penn State at Michigan. The Nittany Lions may be able to pull off a prime-time upest in Ann Arbor vs. a Michigan team that has some issues to sort out. If the Wolverines are struggling along the offensive line again, the Michigan offense could be as spotty as it was in 2013. The Wolverines ranked No. 10 in the Big Ten in total offense last year (373.5 ypg). And Penn State has a chance to be strong on offense if its front emerges, as Christian Hackenberg looks to be the top passing quarterback in the Big Ten. The Nittany Lions won the last time they visited Ann Arbor in 2009.

Week 7 nuggets: Maryland, Nebraska, Ohio State and Rutgers are off … Wisconsin has dominated Illinois of late, going 13-3-1 in the last 17 meetings. The Fighting Illini?s last win in Madison came in 2002 … Indiana beat Iowa in the last meeting, a 24-21 decision in Bloomington in 2012 … The Spartans have won the last five vs. Purdue.