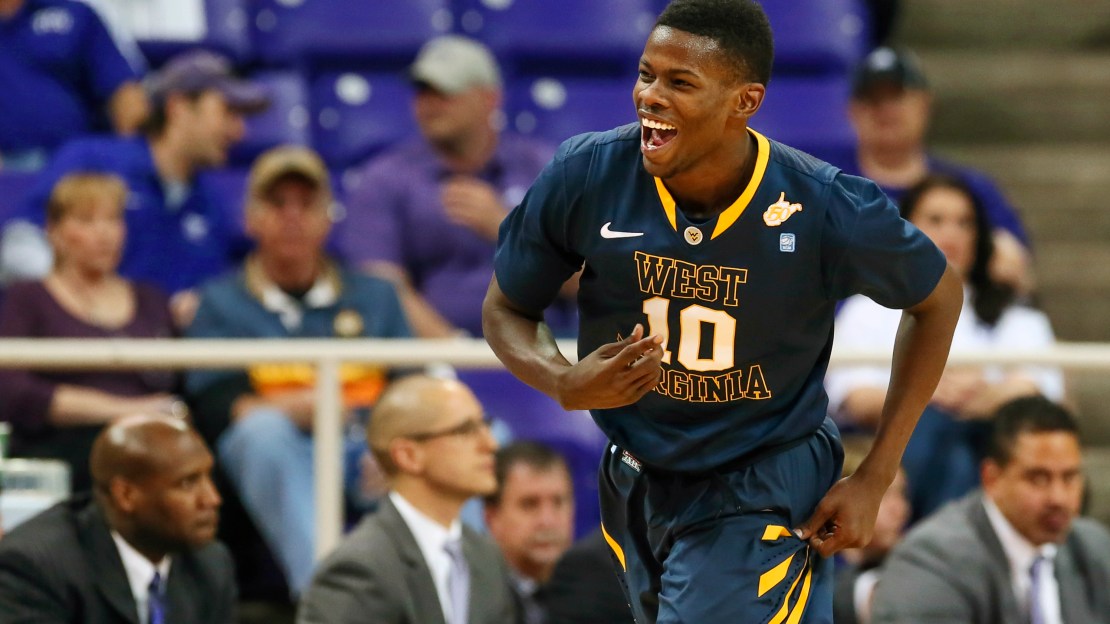 His father, Eric Harris, said Monday that offers were turned down from Michigan, Wisconsin, Purdue and UCLA in part because of coach Tom Izzo's recruiting pitch.

"We just informed all of the coaches that were involved," he said. "Coach Izzo seemed to be really down to earth. When we made the trip to Michigan State, he made us feel at home. He had his coaching staff and wife involved in the whole process."

Harris was the Mountaineers' second-leading scorer at 17.2 points per game last season and averaged a team-high 9.8 points the previous year as a freshman for coach Bob Huggins.

"We respect West Virginia's coaching style and give that staff thanks for giving Eron a chance," Eric Harris said. "But the coaching staff there just didn't fit Eron."

West Virginia did not make the NCAA tournament in either of Harris' two seasons.

Michigan State hopes to match Indiana's Big Ten record with an 18th straight NCAA tournament appearance next year without the 6-foot-3, 195-pound Harris on the court.

After sitting out a year, Harris will be able to play during the 2015-16 season when the Spartans will need to replace current guard Travis Trice. Harris will have two years of eligibility, giving him time to give Michigan State a boost offensively.

He scored a career-high 33 points – making 6 of 8 3-pointers – last season against Duquesne and came within a point of matching that total later against Baylor.

Proving he can score against top-ranked teams, Harris had 27 points in a loss against the 10th-ranked Badgers early last season and scored 28 in a late-season win over No. 8 Kansas. The streaky scorer, though, was held to five and three points in two of his last three games against Oklahoma and Texas and was limited to 10 points in a season-ending setback against Georgetown in the NIT.

Michigan State opens next season on Nov. 14 at Navy. Izzo is counting on Branden Dawson, Denzel Valentine and Trice to lead the team without Adreian Payne, Gary Harris and Keith Appling.

The Spartans will not have seldom-used guard Russell Byrd back for a fifth season of eligibility. Byrd will play next season at Master's College in California as a graduate transfer. They might also be without Alex Gauna, who has not announced his plans for next season. The 6-9 forward might also leave as a graduate transfer after averaging 1.5 points over his 94-game career with 10 starts.